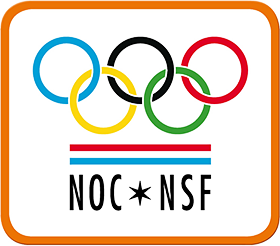 A potential 2032 Olympic and Paralympic Games bid from The Netherlands is not currently on the cards, according the European country's National Olympic Committee.

Reports had surfaced suggesting a bid for the Games was being put together for the event in 15-years-time, with Dutch capital Amsterdam the likely host city.

It follows a decision by the International Olympic Committee (IOC) during an Extraordinary Session in Lausanne on July 11 to allow the 2024 and 2028 Games to be awarded at the same time.

Following negotiations, it was announced on Monday (July 31) that Los Angeles had agreed to stage the later of the two Games, with Paris left to host the 2024 edition, with a final decision set to be ratified at the IOC Session in Lima on September 13.

Focus has now set towards 2032, with Dutch radio station BNR claiming documents had been compiled to look at a possible bid in the country.

When asked by insidethegames, however, the Dutch Olympic Committee*Dutch Sports Federation (NOC*NSF) said that due to the Government’s lack of interest in bidding, nothing was being planned.

"Of course, as an Olympic Committee, we would like it if the Olympic and Paralympic Games would ever come to The Netherlands," said NOC*NSF spokesman Geert Slot.

"The current Government, however, has been very clear since 2012: no interest in working the Games in The Netherlands.

"So at the moment, we are not working on it.

"With this decision, the IOC has created time to reform both the Games and the bid procedures.

"Perhaps in the long run, the enthusiasm of The Netherlands to organise the Games will increase following these reforms."

Amsterdam has hosted the Olympics before, staging the 1928 Games which saw 46 nations take part.

The United States topped the medals table with 56, including 22 golds.

An edition of the Paralympics has also been staged in The Netherlands with Arnhem hosting the 1980 Games.

Interest for the 2032 Olympics has been expressed already in India, where the Sports Ministry are reportedly looking at the feasibility of staging the Games.

Potential bids from Brisbane in Australia and an ambitious 13-city plan in the North Rhine-Westphalia region of Germany have also surfaced.

Spanish capital Madrid and Saint Petersburg in Russia have also been linked to possible bids.