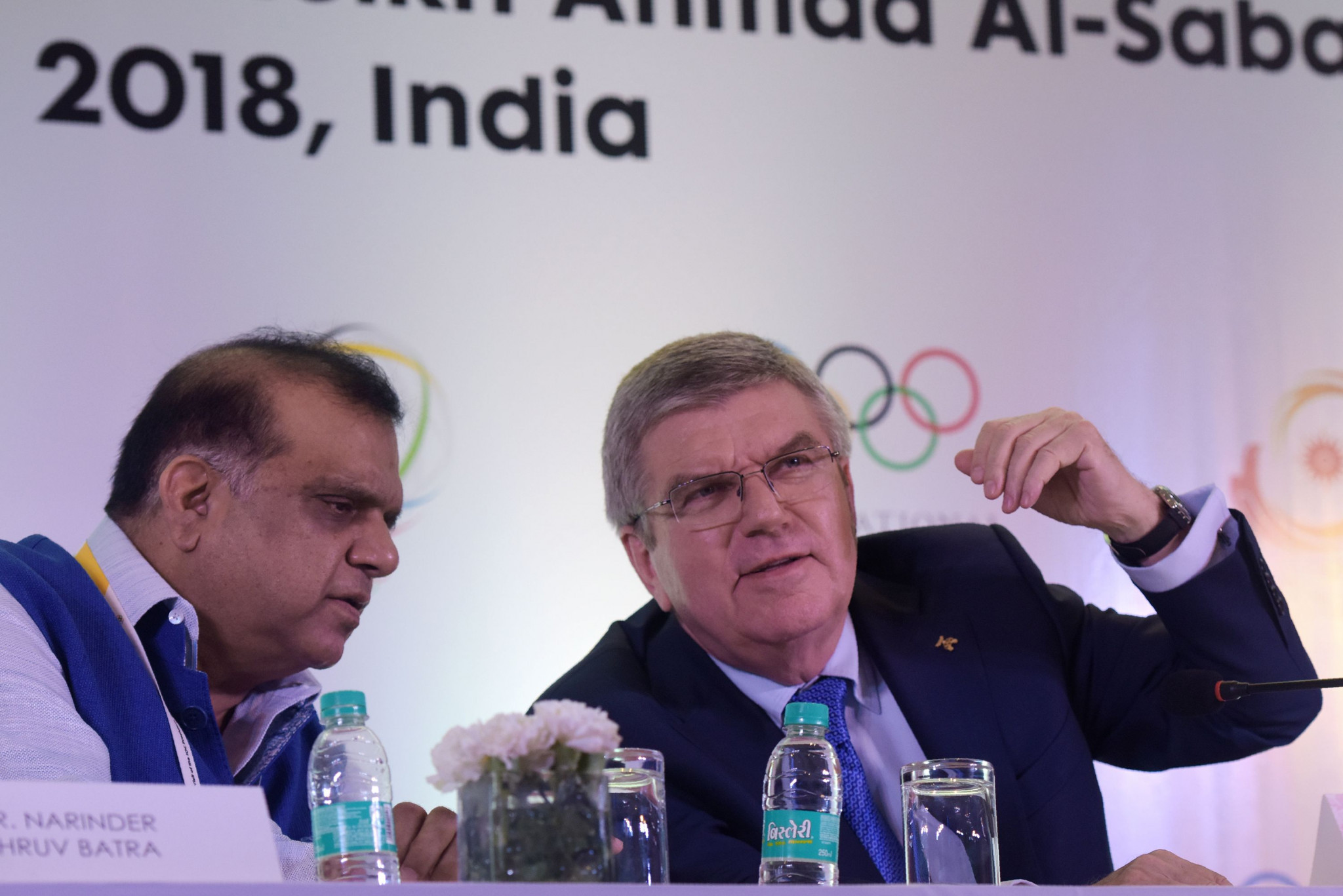 Indian Olympic Association (IOA) President Narinder Batra has claimed the country will bid for the 2032 Olympic and Paralympic Games, along with the 2026 Summer Youth Olympics and the 2030 Asian Games.

Batra made the revelation at a joint press conference with International Olympic Committee (IOC) President Thomas Bach during the German's visit to India.

Bach swiftly played down the claims from the IOA head, however, telling Batra it was "not the time to discuss in detail about future candidates".

Indian Sports Minister Rajyavardhan Rathore, who also met with Bach this week, had previously appeared to rule out an Indian bid.

"We are bidding for three events, 2026 Youth Olympics, 2030 Asian Games and 2032 Olympics," Batra, who signalled his intention for India to bid for major sporting competitions when he was elected IOA President in December, said.

"We don't know whether they will come to India or not.

"Let us see how fierce the competition is."

India has never hosted any Olympic event but did stage the 2010 Commonwealth Games in New Delhi, an event overshadowed by poor preparations, financial mis-management and widespread claims of corruption.

Bach recommended that the country postpone its plans to enter the race for the 2024 Summer Olympic and Paralympic Games when he last visited India in 2015, still thought to mark the only occasion where he has publicly discouraged an bid since taking office.

Australia are mooted to be interested in launching a bid for the 2032 Games, while Thailand are rumoured to be mulling over an attempt at securing the hosting rights for the Summer Youth Olympics six years earlier.

The 2026 Youth Olympics is the next edition countries are able to bid for after the IOC decided to actively seek an African host for 2022.

"We have taken note with great appreciation of the intention of IOA to host future Youth Olympics and Summer Olympics," said Bach.

"It would be fantastic for Indian athletes to have their Olympics at their home country.

"It will give a boost to sports in India and develop interest in many young people to take up sports.

Bach added: "But it's not the time to discuss in detail about future candidates as no procedure is currently open neither for Olympic Games nor for Youth Olympics.

"The next available slot for Youth Olympics is 2026 but we are even yet to decide on 2022 edition host city, the process is underway.

"Only after we finalise 2022 Youth Olympics hosts, we will start the procedure for 2026

"There is a lot of time left until we open bidding procedure for 2032 Olympics and we have to wait until that."

New Delhi is widely considered to be the frontrunner for the 2030 Asian Games.

The Indian city has twice staged the Asian Games, including the inaugural edition in 1951, but the country has not played host to the quadrennial event since 1982.