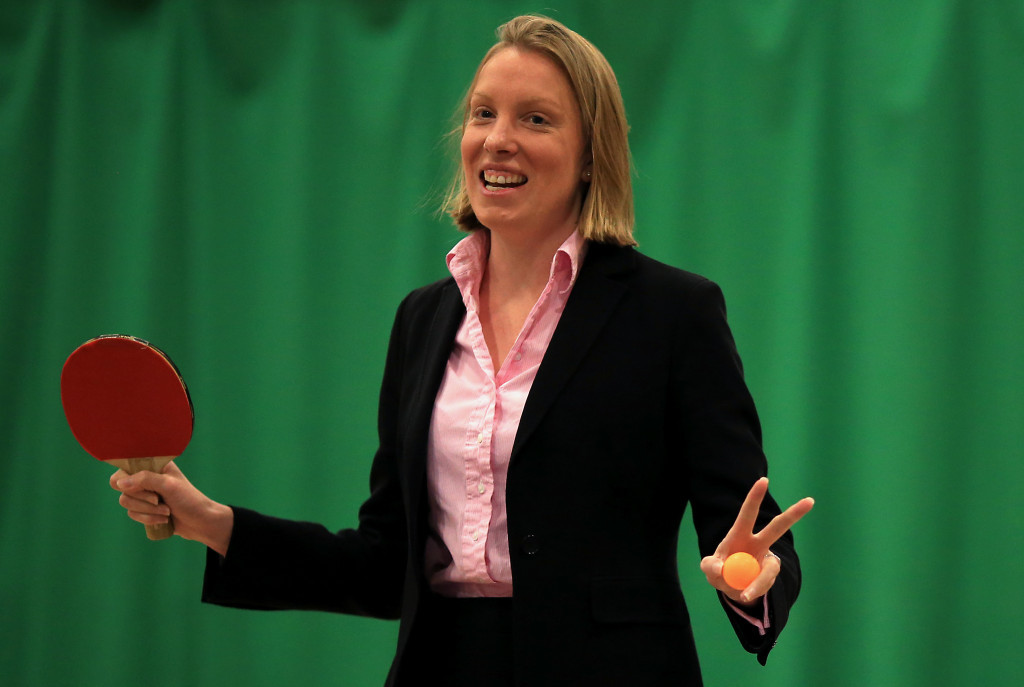 Crouch made the assertion in a response to the Department for Digital, Culture, Media and Sport (DCMS) Select Committee chair Damian Collins.

It followed the DCMS’ report titled “Combatting Doping in Sport”, which was published in March.

She wrote that two reports - the Review of Criminalisation of Doping in Sport and a Tailored Review of UK Anti-Doping (UKAD) - were commissioned by the Government.

Crouch stated the reviews’ conclusions and recommendations strengthen the UK’s “commitment to combating doping in sport”, while adding that the Government is working with “UKAD and a range of other agencies in implementing the recommendations of both reviews.”

The first report, published in October 2017, found there was no “compelling case” to criminalise doping in the UK at the current time and asserted that such a move would prove disproportionate in trying to help keep sport clean.

The review found there was no need to introduce fresh legislation, but advised that doping could be combatted through better use of existing powers, including improved data sharing and more effective liaison between sports governing bodies.

Highlighting the risks of image and performance enhancing drugs into health and education programmes through work with Home Office and related Whitehall departments was cited as a recommendation that the Government would “take forward”, according to Crouch.

Efforts are also set to be made to “push WADA to make the Therapeutic Use Exemptions process more transparent” and allow “UKAD doping control officers should be able to gain access to all sporting events to enable random testing at competitions.”

“I am content with the overall conclusion of the Review and the recommendations it has set, and do not feel there is a case to revisit this matter at the current time,” Crouch wrote.

“I am, however, of the view that this is an area that government should continue to keep under review.”

The latter recommendation would appear to support recommendations from the DCMS’ report, which expressed concerns at the current model around TUEs, having particularly focused on their use in cycling.

The DMCS Committee concluded that TUEs were used by Team Sky to take the corticosteroid triamcinolone, in an effort to prepare them for the 2012 Tour de France, won by Sir Bradley Wiggins.

The claims were denied by Wiggins and Team Sky.

“It is clear from the evidence the Committee has considered that the TUE system is open to abuse.

“The assessment of medical need has been based too closely on trying to achieve a peak level of physical condition in the athlete, rather than returning them to a normal state of health,” the DCMS report had concluded.

“In the period up to 2014, when TUEs could be granted based on the assessment of the team doctor, and a single doctor at the WADA, the potential for abuse in the system was even greater.

“We welcome the reforms made by WADA since this time, to create clearer guidelines and requirements before a TUE can be issued.

“The TUE system needs to be kept under permanent review, but the question inevitably remains, that if an athlete is so ill that they can only compete using a drug that is otherwise banned during competition, then why are they competing at all?

“From the expert evidence received by the Committee, a case can be made that better management of an athlete’s long term health conditions, and particularly asthma, should remove the need to apply for a TUE.”

Crouch stated the Tailored Review of UKAD found the organisation to be efficiently run and well respected internationally.

The review recommended greater education for athletes and support personnel on the harms of doping, UKAD produce a proposal to increase testing by 50 per cent and a review of UKAD’s Memorandums of Understanding with the National Crime Agency and Border Force.

Further recommendations included UKAD undertake a skills and systems review of the investigations and intelligence function by end of 2018, a values based programme focusing on healthy training to reach young people and UKAD consider reframing its education function into an assurance programme to support National Governing Bodies who have varying levels of capacity.

Crouch also rejected a statement in the DCMS Report that UKAD is running the courts it is trying athletes in.

The Sports Minister stated “UKAD is not responsible for arbitration and, in line with the World Anti-Doping Code, the UK has an independent arbitration service.”

A review of the UK’s National Anti-Doping Policy is also about to begin, according to Crouch.