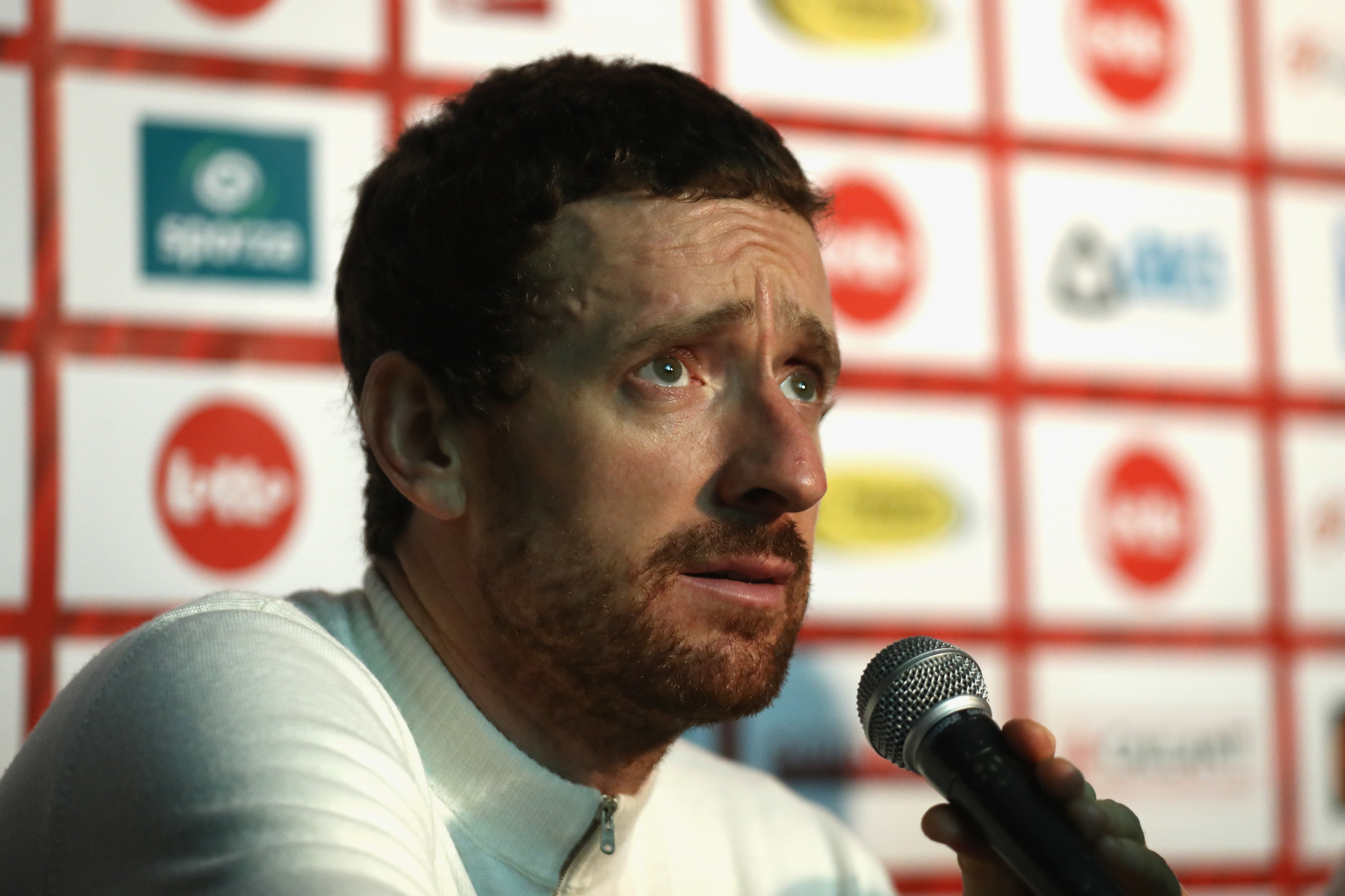 Sir Bradley Wiggins has strongly rejected claims made in a British Parliamentary Report that he and Team Sky crossed an "ethical line" by using drugs that are allowed under anti-doping rules to enhance performance, instead of just for medical purposes.

In a 52-page report published today, the Department for Digital, Culture, Media and Sport (DCMS) Select Committee criticise the conduct of both British Cycling and Team Sky, and the way in which they have responded to investigations on the saga.

Members of Parliament concluded that the therapeutic use exemptions (TUEs) were used by Team Sky to take the corticosteroid triamcinolone, in an effort to prepare them for the 2012 Tour de France, won by Wiggins.

"From the evidence that has been received by the Committee regarding the use of triamcinolone at Team Sky during the period under investigation, and particularly in 2012, we believe that this powerful corticosteroid was being used to prepare Bradley Wiggins, and possibly other riders supporting him, for the Tour de France," the report concluded.

"The purpose of this was not to treat medical need, but to improve his power to weight ratio ahead of the race."

Russian cyber espionage group Fancy Bears revealed in 2016 that five-time Olympic champion Sir Bradley received TUEs to take triamcinolone before the Tour de France in 2011 and 2012 and the Giro d'Italia in 2013, his biggest races in all three seasons.

Sir Bradley claimed he requested permission to take the product to treat a long-term asthma issue and to "restore a level playing-field".

In an interview with the BBC, Sir Bradley hit out at the conclusion made in the report that triamcinolone had been used to enhance performance.

"Not at any time in my career did we cross an ethical line," he said.

"As I have said before, I had a medical condition that I went to a doctor, this has been treated since 2003 when I was diagnosed with it through the doctors at British Cycling at the time.

"This was the treatment that I had been prescribed for that particular occasion, which was what, seven years ago now, under specialist supervision and under the rules at that time which allowed you to apply for this medication.

"It wasn't performance enhancing in the sense that for me it was a case that I had this problem.

"I'd have asthma attacks, I'd have problems with breathing that flared up through pollen season.

"This was a case of, this was an anti-inflammatory drug that was taken in order to prevent that happening, so I could compete on the same level as I'd competed all year and with my rivals.

"So, this wasn't a medication that was abused in order to gain an advantage."

The 37-year-old claimed he was the victim of a "witch hunt" and that his children had been impacted by the proceedings.

A key part of the report states that the Committee "received confidential material from a well-placed and respected source" about Team Sky's medical policy between 2011 and 2013.

"This states, with particular reference to Team Sky's preparations for the 2012 season, that Bradley Wiggins and a smaller group of riders trained separately from the rest of the team," the report stated.

"The source said they were all using corticosteroids out of competition to lean down in preparation for the major races that season.

"This same source also states that Bradley Wiggins was using these drugs beyond the requirement for any TUE."

Sir Bradley claimed that the one anonymous source in the report was attempting to smear him, before asserting the process had been a "complete mess of innuendo and rumour".

"This is malicious, this is someone trying to smear me," the five-time Olympic champion told the BBC.

"I would love to know who it is, I think it would answer a lot of questions.

"These allegations, it's the worst thing to be accused of.

"It's also the hardest thing to prove you haven't done, we're not dealing in a legal system.

"I'd have had more rights if I'd murdered someone."

British Cycling claimed they welcomed the inquiry and that it had a "catalytic effect on our organisation" in forcing through reforms such as a greater separation between the national body and Team Sky.

Team Sky have stated that it "strongly refutes" the report's "serious claim that medication has been used by the team to enhance performance".

The International Cycling Union (UCI) have also responded, stating they welcomed the publication of the report, adding they shared concerns raised regarding the TUE system.

The report has recommended that the World Anti-Doping Agency (WADA) introduce a "complete ban" on the use of corticosteroids and the painkiller tramadol, as well as the consideration of greater reforms to the TUE system.

"The conclusions in the report support and reinforce the UCI's concerns about the potential abuse of TUEs, in particular with respect to corticosteroids," a UCI statement read.

"As noted by the DCMS, these concerns were first raised in the Cycling Independent Reform Commission's report in 2015 and appear to remain an issue today.

"As far as TUEs are concerned, the UCI reinforced its rules in 2014 to ensure that the UCI TUE Committee is composed of multiple independent experts in the fields of clinical, sports and exercise medicine and that a TUE can only be granted if there is unanimity amongst the three members of the TUE Committee Panel.

"Having said that, the UCI fully supports the DCMS's conclusion that 'the TUE system needs to be kept under permanent review' and the UCI will continue to consider possible improvements that could be made to its TUE system.

"The UCI also shares the DCMS' concerns about the use of both corticosteroids and the painkiller tramadol in cycling.

"As a signatory of the World Anti-Doping Code, the UCI is bound by the current prohibited list, however the UCI has requested, and will continue to request, that WADA take additional steps in relation to corticosteroids and tramadol.

"This is a subject that is particularly important to the UCI's President, who will discuss the issue with the WADA President at their next meeting in April.

"In addition to this, WADA has set up a working group on the matter and the UCI, through the Cycling Anti-Doping Foundation, is in touch with this working group."

In his campaign for the UCI Presidency, David Lappartient called for the corticosteroids and tramadol to be banned, along with pledging to introduce mandatory medical monitoring, independent of teams.

"Corticosteroids must be banned from competition and these substances should therefore fall under anti-doping rules," Lappartient said.

"We must continue to push for the WADA to include tramadol and corticosteroids on the list of illegal products."