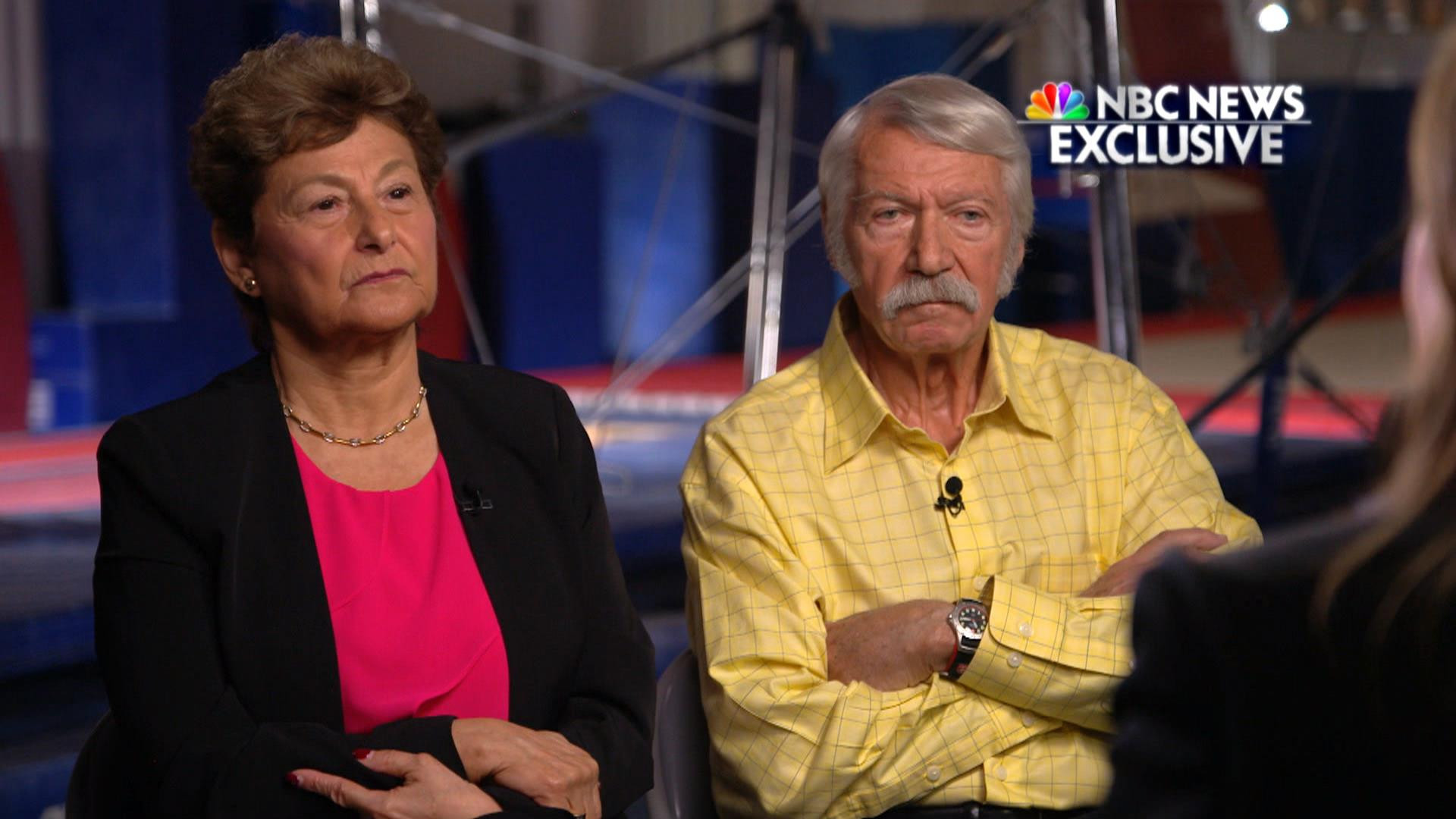 Famed gymnastics coaches Béla and Márta Károlyi, whose training ranch was at the centre of a sexual abuse scandal, have claimed they did not know former United States team doctor Larry Nassar was praying on girls they were working with.

The Romanian-born couple, both 75, make the claim in an interview with NBC News to be broadcast today.

"Some of the parents were in the therapy room with their own child and Larry Nassar was performing this and the parent couldn't see," Márta Károlyi told Dateline NBC.

Béla Károlyi, claimed the revelations of abuse that sent Nassar to prison for up to 300 years came as a total shock to him.

"The whole thing is just like an explosion, a bomb exploding," he said.

Nassar has been accused of molesting more than 260 female athletes, including several United States Olympic gold medallists over a period spanning two decades.

Many of the illegal acts allegedly took place while he was supposedly giving medical treatment to the athletes at the 2,000-acre Károlyi ranch estate in a remote area of Texas.

The Károlyis are co-defendants in several civil lawsuits filed against Nassar and USA Gymnastics, with Olympians Simone Biles, Aly Raisman, McKayla Maroney, Jordyn Wieber and Gabby Douglas among those who allege Nassar abused them at the training centre.

Texas Rangers were asked in January to investigate the circumstances around what happened at the ranch over the years.

Maroney, who also appears on Dateline NBC, claimed Nassar earned the trust of many of the girls by sneaking them food outside the strict diet regime imposed by the Károlyis.

In January, USA Gymnastics said it was cutting all ties with the Károlyiranch after several athletes admitted it would be difficult to train there again after the revelations of Nassar's molestations.

Béla Károlyi coached US gymnast Mary Lou Retton to Olympic gold medal at Los Angeles 1984 only three years after defecting to the US from Romania, where he had coached Nadia Comăneci.

She guided Olympic all-around gold medal efforts from Carly Patterson at Athens 2004, Nastia Liukin at Beijing 2008, Douglas at London 2012 and Biles at Rio 2016.