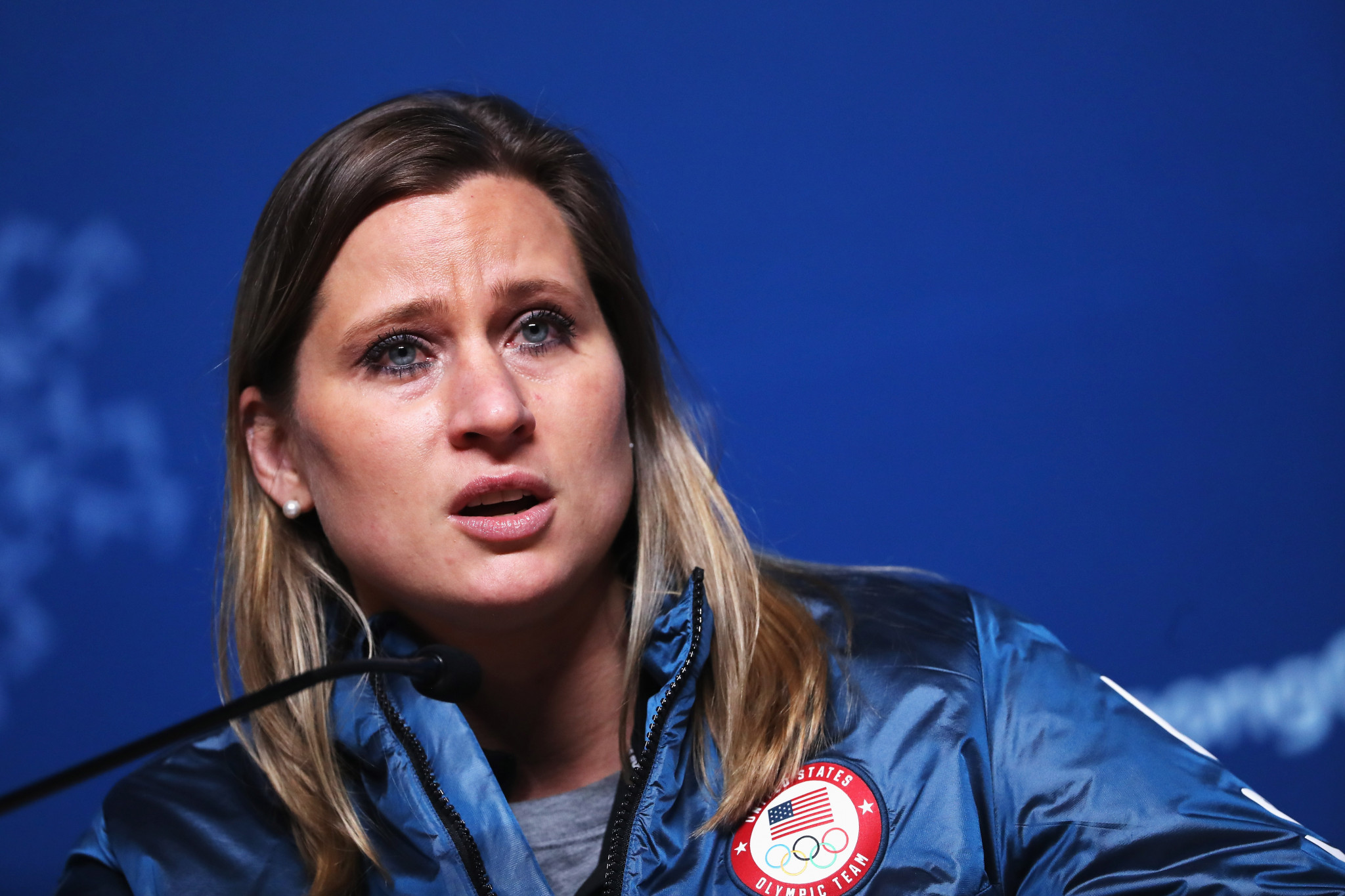 Former International Olympic Committee (IOC) Athletes' Commission chair Angela Ruggiero claims that lawsuit allegations that she derailed efforts to investigate sexual abuse in the United States have been "pulled out of thin air".

A lawsuit was filed in the US District Court in Boston by Steven Ungerleider, a USOC Foundation trustee and longtime consultant for sporting bodies, which claims that Ruggiero and figures at the United States Olympic Committee (USOC) attempted to minimise the extent of the crisis which has rocked sport in the country.

The suit, which has been seen by the Southern California News Group, alleges that the former ice hockey player made defamatory comments about Ungerleider to IOC officials last year in what his lawyers have described as an "effort to cover up the sexual abuse crisis".

Ruggiero, who ended her term as IOC Athletes' Commission chair last month, is also accused of referring to Ungerleider as a "fraud".

"As Dr. Ungerleider was informed prior to his ill-advised decision to file this lawsuit, his claims are frivolous and will be vigorously defended," Ruggiero's attorney Michael J. Grygiel told insidethegames in a statement.

"The complaint's allegations are pulled out of thin air and have no basis in reality, and Ms. Ruggiero is confident in her ability to demonstrate the same in defending this case.

"Through her association with the USOC and IOC, and as a matter of personal conviction, Ms. Ruggiero stands with the survivors and unreservedly supports full transparency in the investigation of sexual abuse cases involving USA Gymnastics - or any other athletic programme or organisation - and the legal prosecution of those responsible."

The lawsuit comes amid the biggest sexual abuse scandal in US sporting history.

Around 260 people have accused former USA Gymnastics doctor Larry Nassar of abuse under the guise of medical treatment.

Both the USOC and USA Gymnastics have been heavily criticised for their handling of the crisis and USOC chief executive Scott Blackmun resigned from his position as pressure grew late last month.

Blackmun is suffering from prostate cancer but had faced calls to quit.

Similar cases exist in other sports in the US including swimming and taekwondo.

Ungerleider, the author of Faust's Gold: Inside the East German Doping Machine, claims in the lawsuit that he was in the process of assembling a commission of athletes, physicians, ex-FBI agents and attorneys to address sexual abuse problems.

"The commission was intended to work with the USOC, the IOC and affiliated agencies to address the crisis in amateur sports such as gymnastics and swimming," the lawsuit said.

"In the process, Ruggiero intentionally made false and defamatory statements regarding Dr. Ungerleider and his efforts."

According to the Southern California News Group, specific claims include a phone call Ruggiero supposedly made to former IOC Medical Commission chair Arne Ljungqvist in October 2017 where she allegedly "accused Dr. Ungerleider of fabricating stories of sexual abuse perpetrated against young gymnasts".

It was reportedly further alleged that Ruggiero claimed that Dr. Ungerleider was a "fraud" who was manipulating the athletes and their allegations in order to exaggerate the extent of the sexual abuse problems.

She is also accused of having made similar comments to Ljungqvist's successor Richard Budgett as well as former Olympic hurdler Benita Fitzgerald Mosley, to whom she allegedly accused Ungerleider of "fabricating information about the sexual abuse crisis" while allegedly claiming his efforts were "unnecessary because US authorities had the sexual abuse allegations under control".

Another part of the lawsuit reportedly claims she told USOC Athletes' Advisory Council chair Hian Xiao in October 2017 that the panel should "not get involved in this issue because it would undermine more serious matters, including future Olympic Games bid proposals".

Ungerleider also alleges that he was informed by USOC that they were removing him from six USOC-related posts including as a trustee with the USOC Foundation.

He is still listed as a trustee on the Foundation's website, however.

"We do not believe this is a valid lawsuit and plan to defend ourselves vigorously," a USOC spokesperson told the Boston Globe.

Ruggiero publicly spoke out about the gymnastics scandal on behalf of USOC last month at the Winter Olympics in Pyeongchang.

Los Angeles had been awarded the 2028 Summer Olympic and Paralympic Games the previous month but a US bid for the 2026 or 2030 winter edition was being considered at the time.

She also served as chief strategy officer for the Los Angeles bid last year and as a member of the USOC Board of Directors until her departure as an IOC member.

She remains on the IOC Ethics Commission.

As IOC Athletes' Commission chair last year, she also denied suggestions of a conflict of interest to avoiding upsetting the IOC after she and vice-chair Tony Estanguet - the co-bid leader of Paris 2024 at the time - publicly criticised World Anti-Doping Agency counterpart Beckie Scott who claimed Russia deserved more than just a "fine" following evidence of institutional doping.

The IOC said they would not comment on an ongoing legal case.