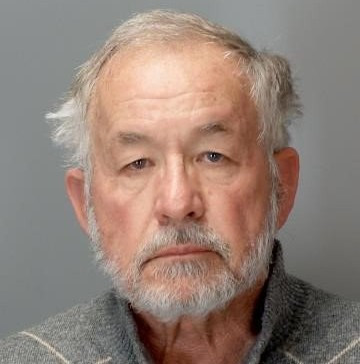 Strampel is accused of inappropriate sexual conduct and storing nude photographs of students.

The 70-year-old has also been accused of failing to properly oversee Nassar, who worked at the university, despite allegations about his conduct.

Nassar was sentenced to up to 300 years in prison after numerous trials in which many of his victims provided evidence against him.

Special prosecutor Bill Forsyth said they had been led to Strampel by a tip-off and, after searching his work computer, found pornographic images, several of which turned out to be Michigan State University students.

The affidavit also states that the computer contained a video of Nassar performing a medical "treatment" on a young female patient.

Strampel, who served in the United States army for 25 years, is accused of misconduct in office, two counts of fourth-degree criminal sexual conduct charge, and willful neglect of duty.

According to the Detroit Free Press, Michigan State University fired Strampel in February after he failed to enforce strict protocols introduced to monitor Nassar after Amanda Thomashow, a cheerleader, accused him of abuse.

His failure to take action led to Nassar having the opportunity to abuse several more women.

In a statement last month, the University's interim President John Engler said: "William Strampel did not act with the level of professionalism we expect from individuals who hold senior leadership positions, particularly in a position that involves student and patient safety."

Strampel’s trial is due to start on May 3.