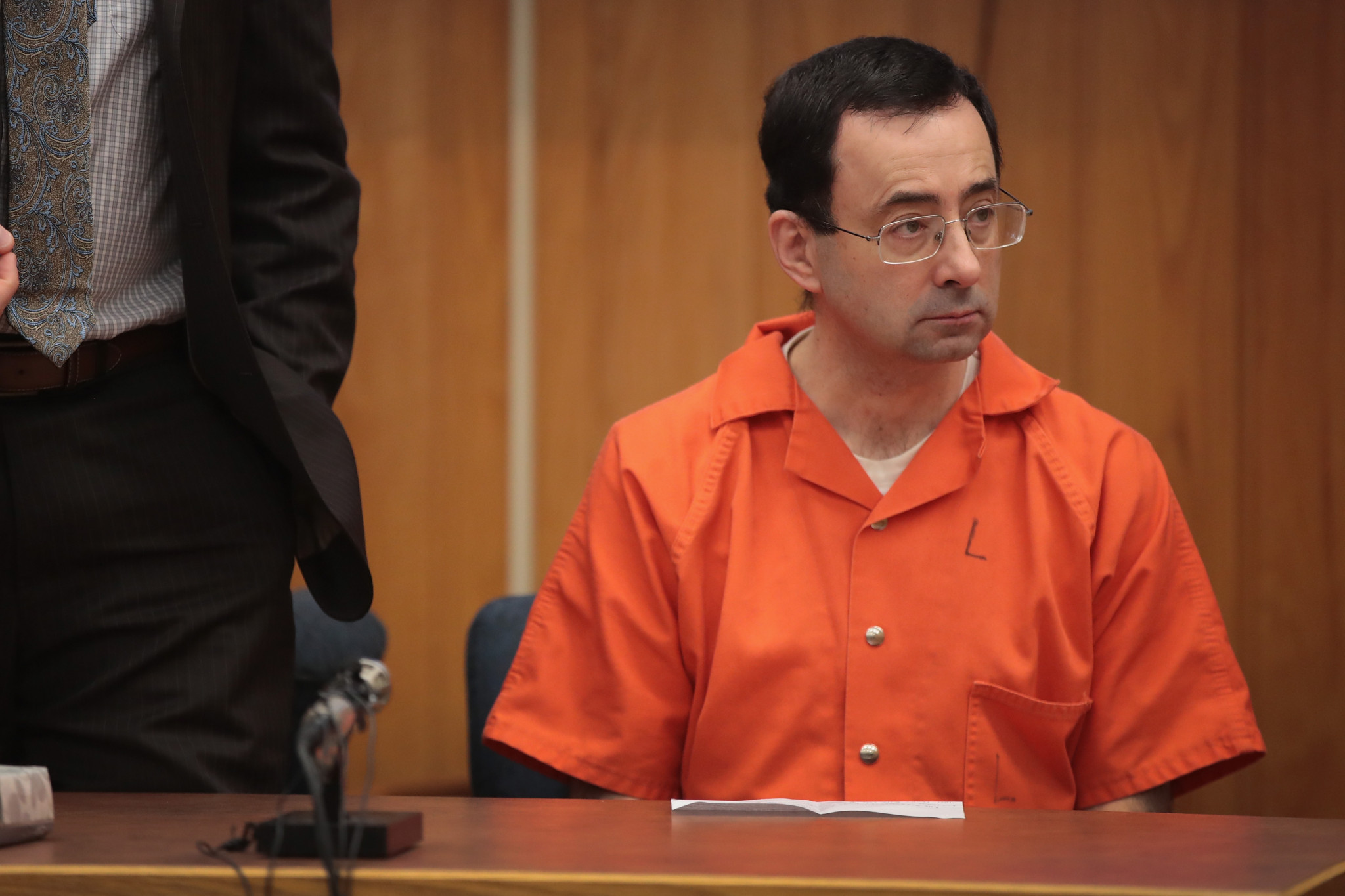 A father who attempted to attack disgraced former USA Gymnastics team doctor Larry Nassar has given money raised on his behalf to four charities which help survivors of sexual assault.

Randall Margraves' three daughters were all abused by Nassar and he attempted to tackle him in court last month.

He had first requested to have "five minutes in a locked room with that demon", which judge Janice Cunningham said she could not allow.

Margraves then lunged himself to the table where Nassar was sat and was quickly tackled by three court security officers who wrestled him to the floor.

As he was removed by officers, he repeatedly asked Judge Cunningham "for just one minute".

Two of his daughters testified about their abuse at the hands of Nassar, while the third was also said to have been abused under his care.

An online GoFundMe page was set up with donators thinking Margraves might need money for legal representation.

Eaton County Prosecutor's Office ultimately did not charge Margraves with any offence.

With the window for donations then closing, Mick Grewal, Margraves' lawyer, withdrew the remaining funds.

Around 260 people accused Nassar of abuse under the guise of medical treatment.

He has now been sentenced to up to 175 years in prison but both the United States Olympic Committee and USA Gymnastics have faced intense criticism for their handling of the affair and questions about what they knew and when.

USOC admitted that it learned of the abuse allegations in 2015, one year before they emerged publicly when they were told that the Federal Bureau of Investigation was investigating Nassar.

It has also emerged that triple Olympic gold medallist Aly Raisman is suing the two governing bodies over their handling of the scandal.