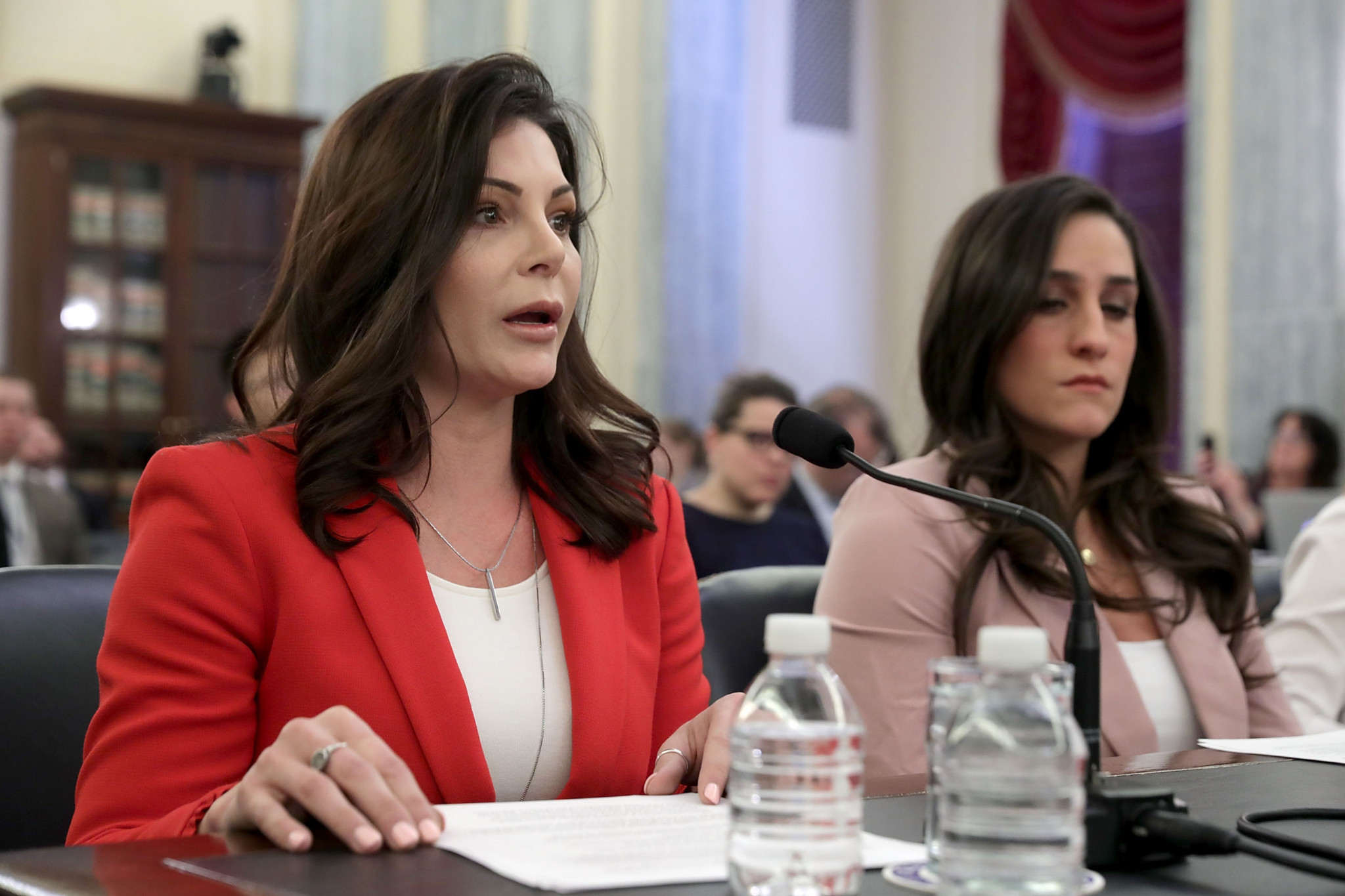 Former American athletes have stepped up their criticism of the United States Olympic Committee (USOC) and their respective national governing bodies for their failure to prevent sexual abuse in sport during a Senate Commerce Subcommittee hearing in Washington D.C.

Olympic gold medallist Jordyn Wieber and fellow former gymnast Jamie Dantzcher were among those to appear at the hearing, along with former speed skater Bridie Farrell and former figure skater Craig Maurizi.

The Senate Subcommittee is one of the panels seeking answers from the USOC, national governing bodies and Michigan State University as to how they handled sexual abuse cases.

Around 260 people have accused disgraced USA Gymnastics team doctor Larry Nassar, recently sentenced to 300 years in prison, of abuse under the guise of medical treatment

Wieber, one of the athletes abused by Nassar, told the Committee that the USOC and other organisations were culpable as they had failed to protect athletes.

"To this day, I still don’t know how he could have been allowed to do this for so long," Wieber, part of the American women's team which won the Olympic gold medal at London 2012, said in her statement.

"We now know he abused my sister survivor and fellow Olympian Jamie Dantzscher 20 years ago.

"Women at Michigan State University reported his abuse even earlier and they were silenced and ignored.

"If these institutions had done their job, neither of us would be sitting here today."

US Speedskating, USA Swimming and USA Taekwondo are also being scrutinised for how they dealt with sexual abuse cases.

Farrell was abused by former athlete Andy Gabel when they were both on the national team.

Farrell was just 15 at the time, while Gabel, whose membership of US Speedskating was terminated in 2016 as a result of the accusations against him, was 18 years her senior.

USOC chief executive chief executive Scott Blackmun resigned from his position in February due to the growing pressure that they had not done enough to protect athletes.

Blackmun was suffering from prostate cancer but had faced calls to quit.

"Mr. Blackmun also told me that there was nothing the USOC could do - that the USOC did not have such jurisdiction over the national governing bodies," Farrell told the Subcommittee.

"However, in the midst of the USA Gymnastic shake down the USOC acknowledged the NGB could be decertified and overtaken by the head organisation.

"It certainly seems the USOC wants to pick and choose when to be involved, and it seems only when it favors the USOC."

Maurizi also claimed at the hearing that he was ignored when he reported the sexual abuse he allegedly suffered at the hands of former coach Richard Callaghan, since been suspended by US Figure Skating.

"I respectfully ask you to find out why the USOC did nothing for decades while reports of child sexual abuse in many Olympic sports were ignored," he said.

"Who was responsible for this tragedy and how will they be held accountable?"

The USOC, USA Gymnastics and Michigan State are all currently facing several lawsuits as a result of the scandal.