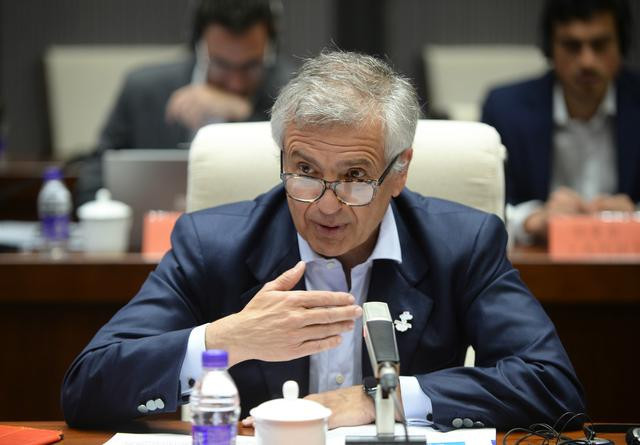 Beijing's preparations for the 2022 Winter Olympic and Paralympic Games have been backed by the chairman of the International Olympic Committee (IOC) Coordination Commission Juan Antonio Samaranch following his latest visit to the Chinese capital.

The Spaniard travelled to Beijing to conduct the fourth IOC Beijing 2022 Project Review and left claiming he was impressed by what he saw on his first visit since China were handed the Olympic flag following the conclusion of Pyeongchang 2018.

"They know what they are doing.

"They know what they have on their hands.

"Of course, there are things we can learn together to do better,"

Beijing will make history when it hosts the Games as the first city to stage both the Summer and Winter editions.

The Summer Olympics in 2008 were notable for their extravagance, something the IOC are keen to avoid on this occasion.

Samaranch urged the Chinese to follow the guidelines laid out in the IOC document launched this year's Winter Olympics in Pyeongchang, "New Norm", and designed to ensure cities host the Games more cost efficiently.

"We just presented and approved in the IOC Session a couple of months ago the 'New Norm', which is how to make the organisation of the Olympic Games more efficient with less cost, and focusing on [it's] legacy," Samaranch told Xinhua.

"We'll be discussing how to implement the 'New Norm' within the working plans already existing in Beijing.

"We keep insisting that the Games have to be done with less money, more intelligence.

"There is a lot of intelligence in this country.

"There are a lot of intelligent people in China.

"So we will manage to get that right in the budget."

Samaranch, who replaced Alexander Zhukov as head of the IOC Coordination Commission last year following the suspension of the Russian Olympic Committee, believes Beijing's facilities will be good enough for the Olympics and Paralympics.

Beijing will be one of three competition hubs during the 2022 Games.

The capital will be the home of ice sports at the event, with Alpine skiing and bobsleigh, luge and skeleton taking place in Yanqing.

"They are to the utmost standards of any International Federation.

"So when they are built, they will be the best venues in their particular specialties in the world."