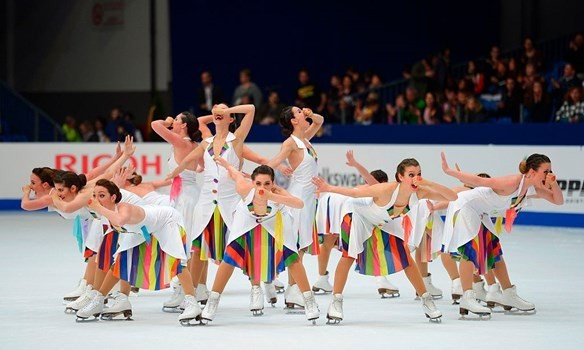 Women's Nordic combined, synchronised skating and a flurry of new mixed team competitions are among new events and disciplines proposed by Winter Federations for the Beijing 2022 Winter Olympic Games, insidethegames can reveal.

Applications will now be considered by the International Olympic Committee (IOC) before a decision is made at an Executive Board meeting in July.

Freestyle skiing big air competitions for men and women have also been proposed by the International Ski Federation (FIS) for "future editions" of the Olympic Games as well as a mixed team ski jumping competition.

A single mixed relay has been proposed by the International Biathlon Union to complement the four-person mixed relay which featured at Pyeongchang 2018.

The International Luge Federation have submitted an application for a total of six new disciplines.

These are women’s doubles, sprint for women, men and doubles, and natural track luge for men and women.

A new team event has been proposed by the International Bobsleigh and Skeleton Federation, consisting of male and female skeleton events as well as a two-man bobsleigh and women's bobsleigh.

There are no current plans to introduce a four-women bobsleigh but they will look into "further options to fulfill the Agenda 2020 recommendation to reach gender equality".

The World Curling Federation are not making any proposals and are instead hoping to expand the mixed doubles format which was added for the first time in Pyeongchang.

Eight teams participated in South Korea and it is hoped this could be expanded to 16 next time around.

No proposal is being made by the International Ice Hockey Federation.

Synchronised skating is a form of figure skating where teams of between eight and 20 athletes compete together as one team.

They move as a flowing unit at high speed while performing different footwork moves.

A first ISU-organised World Championships took place in 2000 and an advisory group was set-up last year in an attempt to boost their chances.

Nordic combined was the only men-only discipline on the Pyeongchang 2018 programme.

The proposal follows other recent attempts to introduce women's competitions, although participation numbers are still very low at the moment.

If successful, events would be held at a venue in the centre of Beijing in four years time.

FIS told insidethegames that a further six events have been proposed for consideration at the 2018 FIS Congress scheduled to take place in Costa Navarino in Greece from May 13 to 19.

It is not yet clear if these could also be late proposals for Beijing or, more likely, saved for future editions.

Snowboard parallel slalom was cut from the programme to accommodate them.

Beijing 2022 have already said that they do not plan to propose any additional sports for the Games, seemingly ending the ambitions of bandy, ice climbing and ski mountaineering.