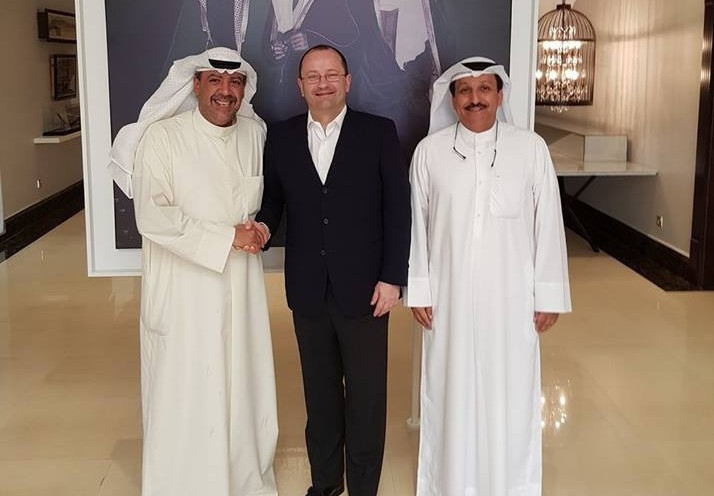 International Sports Federations are due to play a more direct role in the organisation of the Association of National Olympic Committees (ANOC) World Beach Games from 2021.

insidethegames understands that this was agreed in principle following a meeting in Kuwait between ANOC President Sheikh Ahmad Al-Fahad Al-Sabah and Patrick Baumann, his counterpart at the Global Association of International Sport Federations (GAISF).

Baumann had previously called for a greater IF role in an event which is due to be held for the first time in San Diego next year.

"We have expressed our views to ANOC and we feel that the relationships between National Olympic Committees and IFs should be on a 50-50 par and that should guide the future of our relationship," he said late last year.

Haider Farman, the Olympic Council of Asia's sports director who is playing a key role organising the Beach Games, was also present at the meeting alongside Baumann and Sheikh Ahmad.

He told insidethegames afterwards that more formal collaboration was discussed.

"Yes they did and it was all positive - but after San Diego," he said.

A GAISF spokesperson confirmed that this was the outcome and claimed they were enjoying "positive and continuing discussions".

The idea came out of the success of the Asian Beach Games, first held in Bali, Indonesia, in 2008.

Relations between the two bodies deteriorated in 2015 when former SportAccord President Marius Vizer awarded Sochi the inaugural edition without participation from ANOC, although the Russian coastal resort withdrew soon after before Vizer's resignation.

ANOC secretary general Gunilla Lindberg claimed in November that they had been approached by four cities regarding potentially hosting the 2021 World Beach Games.

Securing sponsors and commercial contracts for the event has proved challenging so far and it is likely that involvement from more-experienced IFs could make this easier.