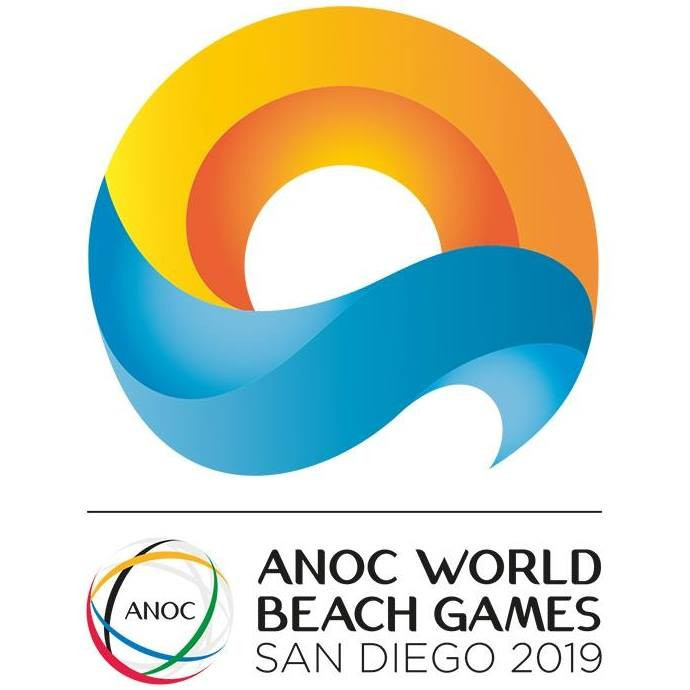 Only around 2,000 athletes from a limited number of countries are now set to feature at a slimmed down inaugural edition of the Association of National Olympic Committees (ANOC) World Beach Games in San Diego in 2019.

San Diego 2019 President Vincent Mudd made the revelation as he prepared to travel to Prague for the ANOC General Assembly on Thursday and Friday (November 2 and 3).

Mudd told the Times of San Diego that they are aiming for around 40 countries to participate in 15 sports.

This represents a substantial downgrade in the original plans which would have seen representatives from all 206 National Olympic Committees (NOCs) compete.

insidethegames understands, however, that all 206 NOCs will be invited and that it is hoped by ANOC that considerably more than 40 countries will eventually attend.

The precise figure is dependent on qualification procedures.

The event is now expected to take place solely on Mission Beach and involve a budget of just $40 million (£30 million/€34 million).

This represents a considerable cut on the original figure of $130 million (£112 million/€119 million) given when the Californian city was awarded the event two years ago and agreed in cooperation with ANOC.

"From a pure transportation infrastructure standpoint, that’s a significant saving.

"To make sure [it’s] the entertainment it needs to be, we have to make sure that the International Federations were sending the best athletes in the world in these particular sports.

"It elevated the quality of the competition, which we think is going to be outstanding.

"So we think the spectator traffic isn’t going to change.”

A full list of 15 sports is expected to be unveiled at the meeting in Prague.

Mudd cited surfing, wall climbing and ocean canoeing as sports likely to be held while ruling out esports.

"Egames is not in this round, primarily because of the high infrastructure cost, which I'm quite sad about," he said.

The 2019 ANOC General Assembly is also due to take place on the same day as the planned Opening Ceremony on October 10.

All 206 of the world's NOCs would be expected to be represented at this meeting.

An in-house marketing drive has already begun after it was announced that the San Diego Exploratory Foundation had exclusive distribution rights this month.

Any profit, though, will be shared with ANOC.

"We will not spend one dollar more than we generate in revenue," Mudd promised.