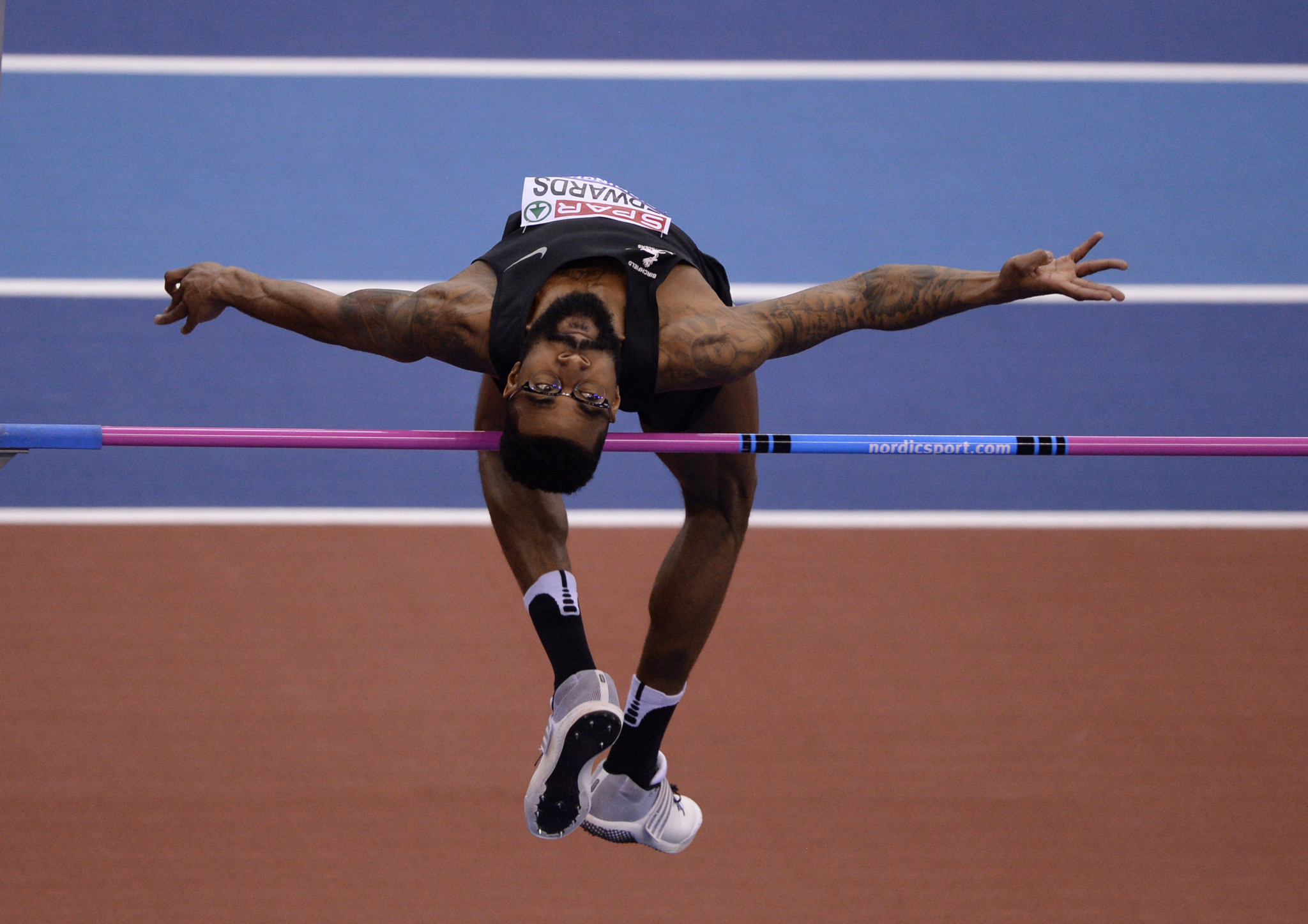 British high jump champion Mike Edwards has accused the International Association of Athletics Federations (IAAF) of "cowardice" after being barred from competing for Nigeria at the Commonwealth Games here.

The 26-year-old, born in Manchester to a Jamaican father and a Nigerian mother, is currently unable to compete for the African nation because he represented Great Britain at the 2009 European Junior Championships.

The IAAF introduced a ban in February 2017 on athletes switching nationalities  primarily due to concerns over the exploitation of young athletes from Africa.

Edwards, who has never represented Nigeria before but who does have citizenship, has protested against his ineligibility with a homemade sign in the Athletes' Village at Gold Coast 2018.

"No shame, I will stand here every day until @iaaf_athletics makes a change," he added in an Instagram post.

"Is this what athletics has come to?

"People behind the desk dictating on innocent athletes wanting to give back to their respective countries, but you can allow ex-drug cheats to represent at every major championships including the Olympics...it’s just pathetic."

No shame. I’ll stand here everyday until @iaaf_athletics makes a change. It’s wrong what they’re doing. I’ve come too far. I’ve sacrificed way too much to fold at the Commonwealth Games. @gc2018 As a law abiding dual citizen of Great Britain and Nigeria I should have every right to represent #TeamNigeria regardless if I chose to represent my birth country GB almost a decade ago, at a Jr. level Championship. Is this what Athletics has come to @iaaf_athletics ?? People behind the desk dictating on innocents athletes wanting to give back to their respective countries, but you can allow Ex-drug cheats to represent at every Major Championship including the Olympic Games - to sell more tickets (yea that part) don’t get me started, it’s just pathetic. I may not be the most decorated athlete in the world but I’m resilient. Remember it’s been (9 YEARS) since my last major Championship. I don’t quit easy... This sign is a representation of the levels I’m willing to take it too. I just want to compete. Call me back @iaaf_athletics ☎️ The People’s Champ #whateverittakes #TeamNigeria

"The transfer of allegiance is still frozen in cases where an athlete has represented an IAAF Member Federation in international competition," the IAAF said.

"Given these circumstances, under current IAAF rules, he is not eligible to represent another country."

Edwards, whose fiance is the world 4x400 metres relay silver medallist Perri Shakes Drayton, celebrated his win at the British Championships in February by standing on top of the podium with a bottle of champagne in his hand and a cigar in his mouth.

He is also the owner of Aireyys, a company that produces high quality cigars as well as male grooming products.

"It [his British international appearance] was nine years ago - it is a worse sentence that a drug cheat gets," Edwards told BBC Sport.

"I am walking around the Village with my Nigerian kit and unsure if I can even walk in the stadium and represent.

"It is nearly a decade since I last competed in an international championship, I feel I am being robbed of that opportunity right in front of my eyes.

"I am willing to protest every day in the Village, I will do it until I receive a call from [IAAF President] Sebastian Coe.

"As a fellow athlete, he can't hide behind his desk - that is heartless."