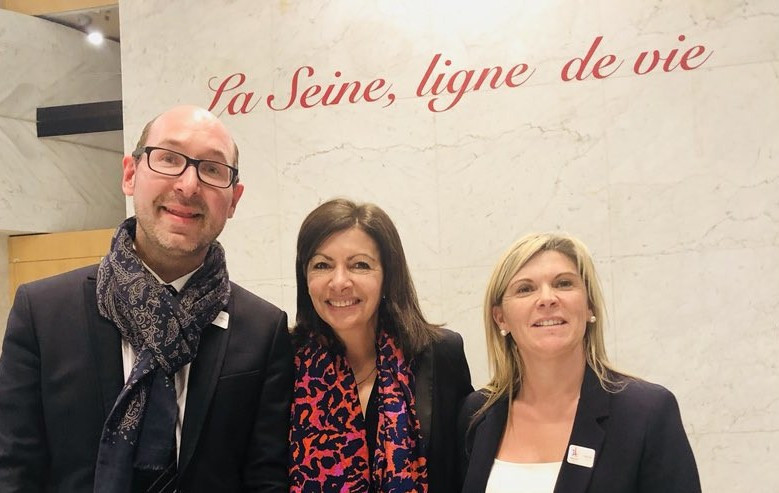 The cost of hosting the 2024 Olympic and Paralympic Games in Paris is at risk of running €500 million (£439 million/616 million) over budget and some sites may not be ready in time if plans are not revised, a French Government report warned today.

The findings have been made public on the day when Anne Hidalgo, Mayor of Paris, has been voted in as President of the body charged with managing the finances for key Games building works - the Olympic and Paralympic Equipment Delivery Corporation (SOLIDEO).

SOLIDEO will be responsible for projects such as the Aquatics Centre and the Athletes' and Media Villages - all of which receive cautionary mentions in the report by finance, sports and infrastructure inspectors.

The new document calls for Olympic Village plans to be revised to take account of remnants of archaeological value at the site, a residency for migrants and a high school, Reuters reported.

It claimed plans for a Media Village should be scaled down and it warned that the Aquatics Centre and surrounding developments were at risk of running as much as €170 million (£150 million/$209 million) over budget.

"At this point the total potential risks identified by the cases under consideration stand at €500 million," the report said, adding the figure could be kept to €200 million (£175 million/$246 million) if its recommendations were followed.

"Nonetheless, the main risk is that indispensable structures are not delivered in time for the Olympic and Paralympic Games," it added.

Separate reports from the Senate and the Public Audit Office have already warned that a massive expansion of the Paris metro network may run billions over budget and not be ready in time for the Olympics.

SOLIDEO will supervise 39 infrastructure projects in all with the goal of delivering them all by the autumn of 2023.

Voted in alongside Hidalgo by the 38 members of the Board of Directors were four vice-presidents.

Hidalgo stressed the need to maintain a collective effort for the legacy of the Games and for planned budgets to be strictly respected.

"I am honoured to lead this exciting challenge for which I set three collective requirements," said Hidalgo.

"That of delivering ambitious Games in the service of the inhabitants of our territories and future generations; to prepare exemplary and innovative Games that will accelerate the ecological transition; to bring a new economic model by scrupulously ensuring compliance with our financial commitments.

"And it is by working as a team that we will succeed in achieving these objectives."

SOLIDEO's managing director Nicolas Ferrand said: "SOLIDEO is a tool for the Paris 2024 project, which is eminently a partnership project.

"We must deliver in time the necessary work for the Games, leaving a tangible legacy for the territories of Greater Paris and Marseille and their inhabitants.

"The Games are an opportunity to show the world our know-how.

"It is the image of France that is at stake."

Today's first meeting established rules of procedure, financial regulations and the recruitment and employment conditions for the organisation.

Members also made the first operational decisions for necessary works involved in the Olympic and Paralympic Games.

The agreement of preliminary studies, the general scheme of supervision of the works and the work schedule for the next 12 months were finalised.

The launch of the consultation for the Media Village and the Olympic and Paralympic Village was also agreed.

Jean Castex, an interdepartmental delegate for the Olympic and Paralympic Games, added: "With the installation of SOLIDEO, we are completing the first part of our work, building strong governance capable of organising the Games.

"In the coming weeks, all the stakeholders - the City of Paris, local authorities, SOLIDEO, the Organising Committee and the state - will sit down to discuss the conclusions and recommendations of the report of the general inspections which will be published shortly and make the necessary adjustments."