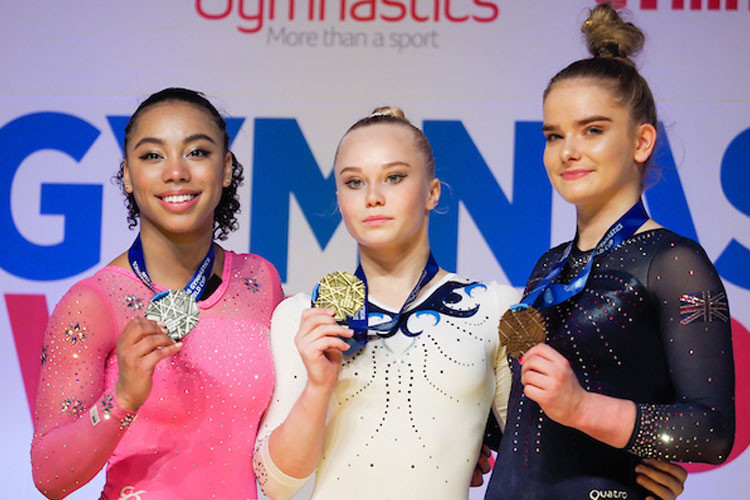 Britain's Alice Kinsella earned an unexpected medal in front of her home crowd at Arena Birmingham in one of the two International Gymnastics Federation (FIG) World Cups taking place today.

Meanwhile at the FIG World Cup in Qatar, Japan's multiple Olympic and world medallist Kōhei Uchimura endured his second day of disappointment as he failed to qualify for the finals of the men's vault and horizontal bar.

Kinsella secured her medal with a final score of 53,099 points.

"I was just hoping to get the experience for the Commonwealth Games but to come here and get a medal; I don't know what to say really," said Kinsella.

"The crowd was amazing.

"They helped me through all of my routines, especially on floor."

"I will check all the footages of my performances when I get back to Japan - I need to work on my weaknesses," Uchimura told www.dohagym.com.

"Training was excellent, but I wasn't in the best of my mood."

Eight top competitors will contest the podium finish in the finals.

Uchimura, who missed out on his seventh consecutive world title last year in Montreal, also failed in the horizontal bar, where he ended up 10th.

China's Xiao Ruoteng, who succeeded him in Montreal, topped the qualification, followed by France's Edgar Boulet and compatriot Deng Shudi.

Japanese duo Yuki Uchiyama and Nagi Kajita also made it to the finals.

But Uzbekistan's veteran gymnast Oksana Chusovitina, who had qualified for the vault final yesterday, came 12th.

Britain's Taeja James reached the finals with an effort of 13.533 points followed by Rune Hermans of Belgium, Elisa Meneghini of Italy, Nagi Kajita of Japan, Liu Jinru of China, Lara Mori of Italy, Kim Su Jong of Korea and Marine Boyer of France.