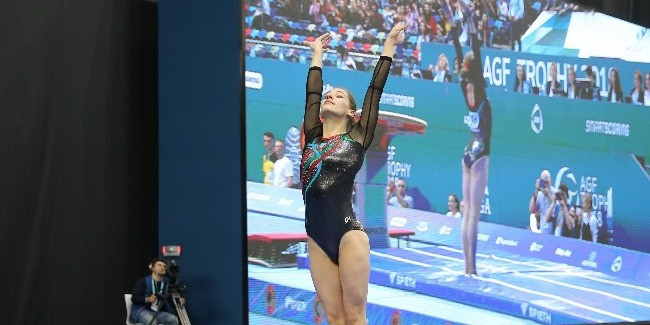 Inshina had been attempting to build upon the success of her compatriot Marina Nekrasova, who had taken silver in the previous day’s vault behind Uzbekistan’s Oksana Chusovitina.

In the women’s beam, China’s Luo Huan and Jiaqi Liu earned gold and silver medals with 13,400 and 12,933 points respectively.

Chusovitina earned her second medal of the weekend as 12,866 points won bronze.

Japan’s Kazuma Kaya won the gold medal in men’s floor exercises with 14.233 points in the finals.

Kaya said that his performance in qualification on Friday (March 16) had been weaker.

"At a more responsible stage, the finals, I did better," he said.

"The performance was also influenced by the excellent organization of these competitions in Baku, which helped me win gold."