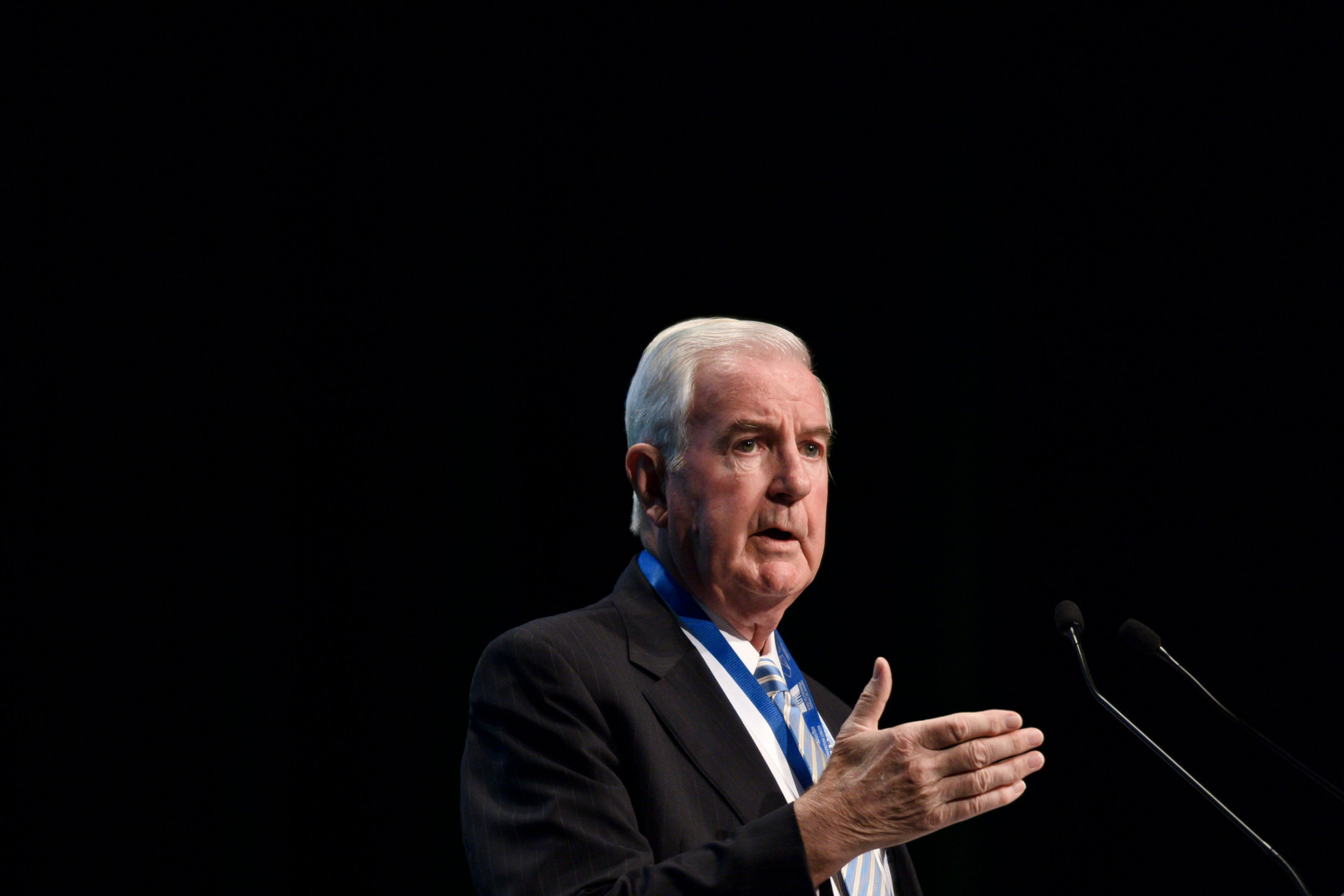 He also made clear how new compliance rules coming into operation on April 1 will have no impact on the ongoing Russian situation in a legal sense because it only applies for future cases rather than pre-existing ones.

This means all sporting bodies are legally free to continue awarding events to Russia, although the World Anti-Doping Code still urges them against doing so as far as World Championships are concerned.

It came after an opening day of the WADA Symposium here in which officials have insisted over and over again how they will not budge on ensuring Russia fulfill the two remaining criteria necessary for Russian Anti-Doping Agency (RUSADA) re-compliance.

These concern an acceptance of the McLaren Report conclusion that an "institutional doping" regime was operated at events including the Sochi 2014 Winter Olympics as well as the opening-up of the Moscow Laboratory for the analysis of samples and electronic data.

Sir Craig adopted more conciliatory language than some in suggesting that no major concessions would be required on the part of Russian authorities.

"Semantics and words matter in this issue [McLaren Report acceptance]," he told insidethegames.

"We have had, I would have thought, off the top of my head, seven or eight different drafts which have changed over the years from Russian authorities.

"That is now in the hands of the Russian authorities and I look forward to their reaction.

"I think the big difference now is that we are post-Pyeongchang.

"Much work was done on pre-Games tests so a very large number of [neutral] Olympic Athletes from Russia took part in the Games.

"We've gone through a whole series of CAS (Court of Arbitration for Sport) appeals one way or another.

"I think it is now the time that, perhaps, wise counsel will now bring about a successful resolution of this particular issue."

There is a practical consequence of its suspension remaining, though, because neither the International Association of Athletics Federations nor the International Paralympic Committee can lift their respective bans on Russia until it happens.

Sir Craig also said today that four requests to jointly inspect the Moscow Laboratory in conjunction with officials from a Russian Investigative Committee had been ignored.

Improvements were cited on other areas, though, including the opening up of previous closed cities for testing.

There was also a feeling that the problem lies not with RUSADA, who are now being more cooperative, but with officials higher up the food chain.

RUSADA director general Yury Ganus was present today and repeatedly cut an increasingly frustrated figure as he was forced to insist over and over again that a decision on the two remaining criteria was not up to him.

"It does not depend on us," he pleaded.

"Please understand us, we all do our best.

"This is a question for state officials."

The term "state" had a far more direct meaning in Russia than in other countries, referring directly to the Kremlin and administration of freshly re-elected Russian President Vladimir Putin.

"It is a question of negotiation," Ganus added.

"From one hand, it is a procedural question.

"It's part of a criminal investigation, so it's not a question of the Minister of Sport but for the Investigative Committee of Russian Federation [which reports to the Kremlin].

"We have to find a solution on this area."

Russian figures will be relieved, though, that the new compliance rules which allow WADA to sanction governing bodies and National Olympic Committees do not appeal to rule out events being awarded to the country, as many had believed to be the case.

The existing World Anti-Doping Code does still, though, urge IFs to "do everything possible" to award World Championships only to countries when the NOC, National Paralympic Committee and NADO are in compliance with the Code.

Athletes from countries including Great Britain, Canada, the Czech Republic, the United States and Ukraine are boycotting the event.

"We don’t think it is a great message, for sure, but it is not against the Code per se," said WADA director general Olivier Niggli.

"The reaction from their own athletes should hopefully make them think about this decision."