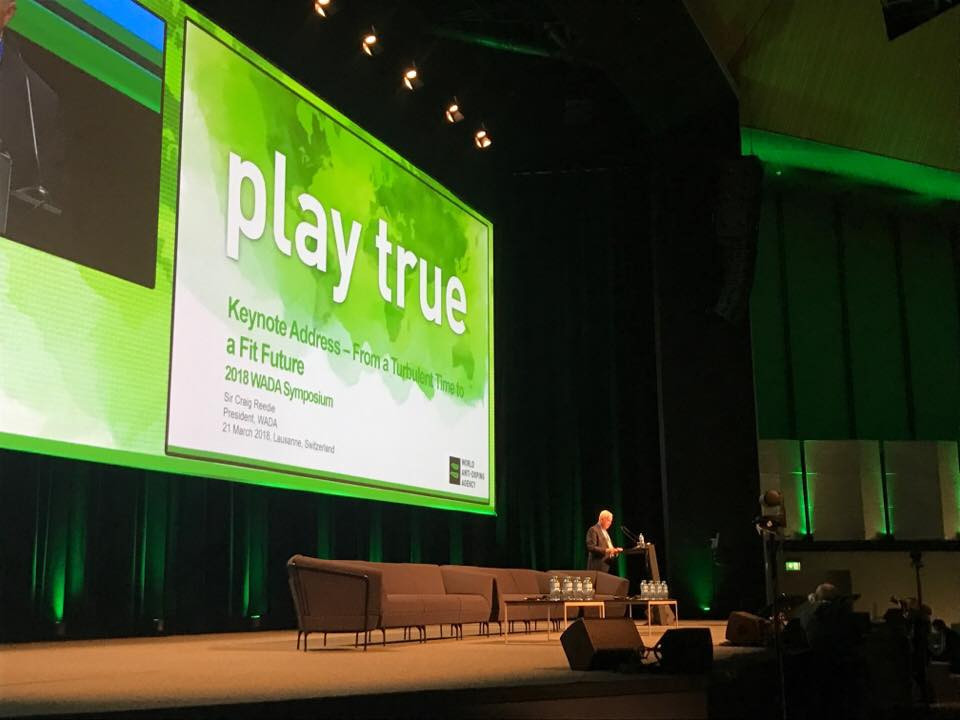 World Anti-Doping Agency (WADA) President Sir Craig Reedie has spoken of his frustrations at Russia's failure to respond to their repeated requests to jointly analyse data at the Moscow Laboratory.

The Briton, speaking in a keynote speech to open the WADA Symposium here, said they had sent four letters proposing a joint inspection of the Moscow Laboratory alongside the Investigatory Committee which reports to the Kremlin.

All four overtures have been ignored.

Access to the Moscow Laboratory is one of two as-of-yet unfulfilled criteria necessary for the Russian Anti-Doping Agency (RUSADA) to be declared re-compliant.

The other concerns the acceptance of the findings of the McLaren Report, which says that an institutional doping scheme was in operation at events including the Sochi 2014 Winter Olympic Games.

It comes after International Olympic Committee (IOC) Executive Board member Nenad Lalovic told insidethegames that WADA should "negotiate" with the Russians to find a solution to the RUSADA compliance deadlock.

"We want to bring Russia back in from the cold," Sir Craig said today.

"It is just a pity it is taking so long for Russian authorities to make it happen.

"Progress is slow, despite a significant amount of work being paid to make Russian authorities accept the findings of the McLaren and Schmid investigations.

"We made an offer to senior Russian authorities in Pyeongchang to work with the Russian Sports Investigatory Committee and visit the Moscow Lab together.

"It seems to have fallen on deaf ears.

"We have written to them on four occasions and are yet to receive a response."

"If Russia can not have a valid NADO, the rest of the world will not accept that change has taken place.

"It is time for this situation to change in the interests of clean athletes."

WADA has already obtained information from the Laboratory Information Management System (LIMS) database at the Moscow Laboratory which is currently in the process of being shared with sporting bodies.

WADA are seeking to access more electronic data as well as physical records from the laboratory.

There is a practical consequence of its suspension remaining, though, because neither the International Association of Athletics Federation nor the International Paralympic Committee can lift their respective bans on Russia until it happens.

No Russian figure has yet given a direct response on Moscow Laboratory access.