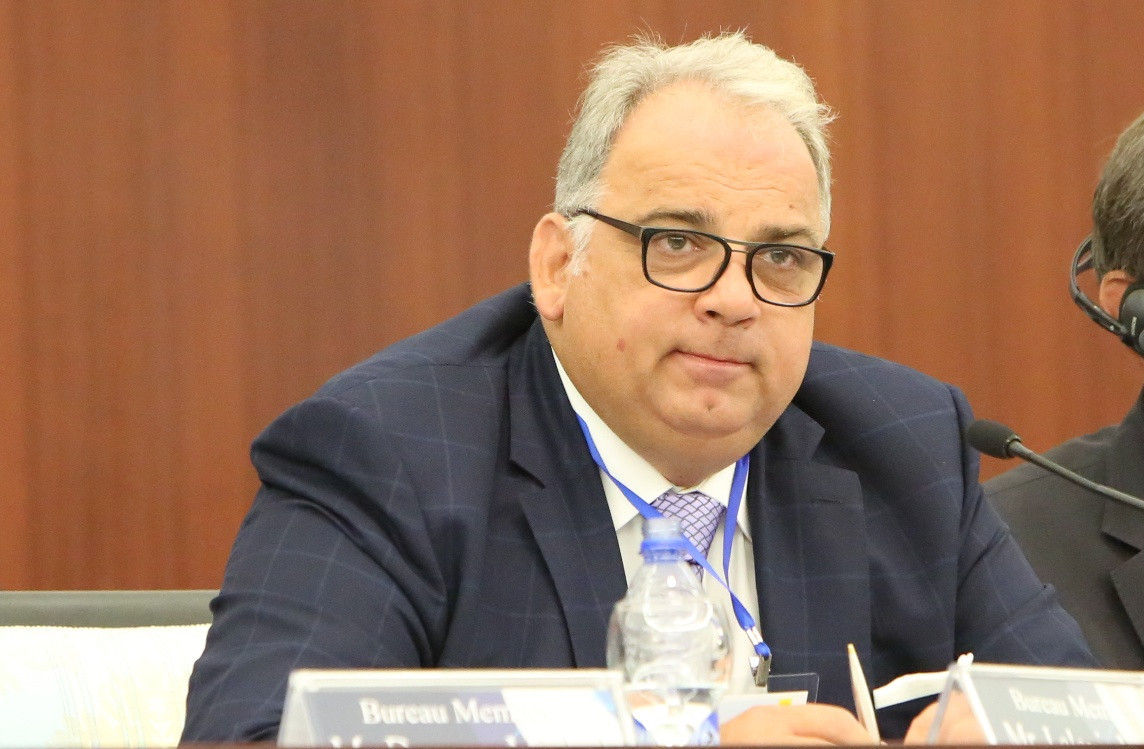 International Olympic Committee (IOC) Executive Board member Nenad Lalovic has called for negotiations to resolve the deadlock surrounding Russia’s efforts to be reinstated by the International Association of Athletics Federations (IAAF) and the World Anti-Doping Agency (WADA).

Lalovic, a WADA Foundation Board member and United World Wrestling President, suggested that a possible solution could be for acceptance of just the IOC-commissioned Schmid report rather than the WADA-run McLaren one to prove enough.

Both the IAAF and WADA have expressed frustration at the lack of progress made by Russia.

It has culminated in the IAAF threatening to take further action in July should steps forward not be taken.

One of the central issues impacting on the Russian Athletics Federation (RusAF) membership of the IAAF is the reinstatement of the Russian Anti-Doping Agency (RUSADA) and acknowledgement of the findings of the Richard McLaren and Samuel Schmid’s reports into doping in the country.

Russian officials have repeatedly said they will not accept the findings, however, leaving RUSADA deadlocked with WADA and in turn the IAAF.

The Serbian official cited how the Court of Arbitration for Sport (CAS) deemed that evidence in the McLaren report was found to be insufficient to establish rule violations against 28 athletes.

"The IOC Session restored the Russian Olympic Committee, but I think it is urgent to continue the fight against doping in Russia and get RUSADA reinstated," Lalovic told insidethegames.

"There are some conditions they have achieved, but some they have not.

"Some of them for me are difficult to accept, for example the McLaren report.

"They have to accept something that the CAS does not accept.

"The Schmid report, that is one thing, but you saw the results at CAS.

"I think only negotiations can deliver results.

"Everybody should be ready to negotiate, otherwise there will be no efficient anti-doping fight in Russia without RUSADA, it is not possible."

The IAAF Council accepted a recommendation from its Taskforce not to reinstate RusAF at their meeting in Birmingham on Tuesday (March 6) to keep the suspension on RusAF in place.

A ban on Russian track and field athletes from international competition has been in place since November 2015 following a report commissioned by WADA which found evidence of state-supported doping.

Rune Andersen, chair of the IAAF Taskforce, said the recommendation was due to numerous criteria remaining outstanding.

The Norwegian warned the removal of neutral status awarded to some Russian athletes be considered if progress was not forthcoming.

He also stated the IAAF should consider exploring the expulsion of Russian membership entirely.

IAAF President Sebastian Coe admitted the threat of expulsion was not "sitting there as a threat, but because we want this situation resolved".

Among the issues outlined by the IAAF Taskforce are that RusAF and RUSADA are still yet to provide a test distribution plan for 2018 showing an adequate amount of testing of Russian athletes.

The IAAF Taskforce also claim RusAF are yet to show they have fixed previous legal issues that meant it was unable to enforce doping bans on athletes or coaches.

It was also revealed that RUSADA have not identified the athletes who allegedly provided samples that showed up positive for prohibited substances in the Moscow Laboratory Information Management System data provided by WADA.

The IAAF Taskforce called for a Russian Ministry of Sport to help to resolve the issues surrounding the roadmap which RusAF agreed with the governing body.

Lalovic, the newly installed representative of summer Olympic sports on the IOC Executive Board, claims that negotiations from both sides will be the only way to find a solution of the current deadlock.

"I think a solution must be found," he told insidethegames.

"I read two months ago that Russian athletics were on a good path and in a positive way to solve the problems.

"Suddenly I saw that they were speaking about expelling Russian athletics, it seemed a bit strange, the change in two months.

"I do not know what happened in the meantime, maybe something happened that we are not aware of.

"Negotiations are the only solution.

"In my opinion, the IAAF and Russia should both open the door a little bit to find a way to reinstate the anti-doping system in Russia.

"I do not follow exactly the relationship between Russia and the IAAF, but I know they are frustrated.

"The solution is always somewhere in the middle.

"I can understand their point of view, but I feel that the progress should not stop towards finding a solution.

"The solution must exist."

Lalovic, whose views almost certainly reflect those the IOC leadership, claimed he had sympathy for the IAAF's frustration with the current situation in Russia.

While the IAAF have expressed concerns over the lack of progress, the Serbian believes positive steps have been taken in Russia.

The official claimed he did not believe the existing state of affairs was grave enough to lead to Russian expulsion, which he believes would be damaging for sport.

Instead, Lalovic called upon the IAAF and Russian to find a "common language" to ensure progress towards RusAF’s instatement.

"It would certainly be damaging for Russia first," he told insidethegames.

"But it would be damaging for all sport.

"Before doing that, you must try everything to find a solution.

"I am certain that if this happens, it would impact a lot on the IAAF.

"It is not easy to expel one National Federation, whether they are a big or small one.

"If they deserve it, they have this weapon.

"But I do not think we are at this point.

"I have seen people explaining to athletes and so on.

"A lot of work has been done and probably more has to be done.

"I think the IAAF and Russian athletics must find a common language to get out of this bad position."

A spokeswoman for WADA told insidethegames that they were in negotiations with Russia about the matter.

"WADA wishes to note that the Agency’s President, Sir Craig Reedie, and director general, Olivier Niggli, have been in regular contact with Russian authorities, including the Minister of Sport, to resolve this matter," she said.

"It will specifically be addressed with the Agency’s stakeholders during our Annual Symposium in Lausanne from 21 to 23 March."