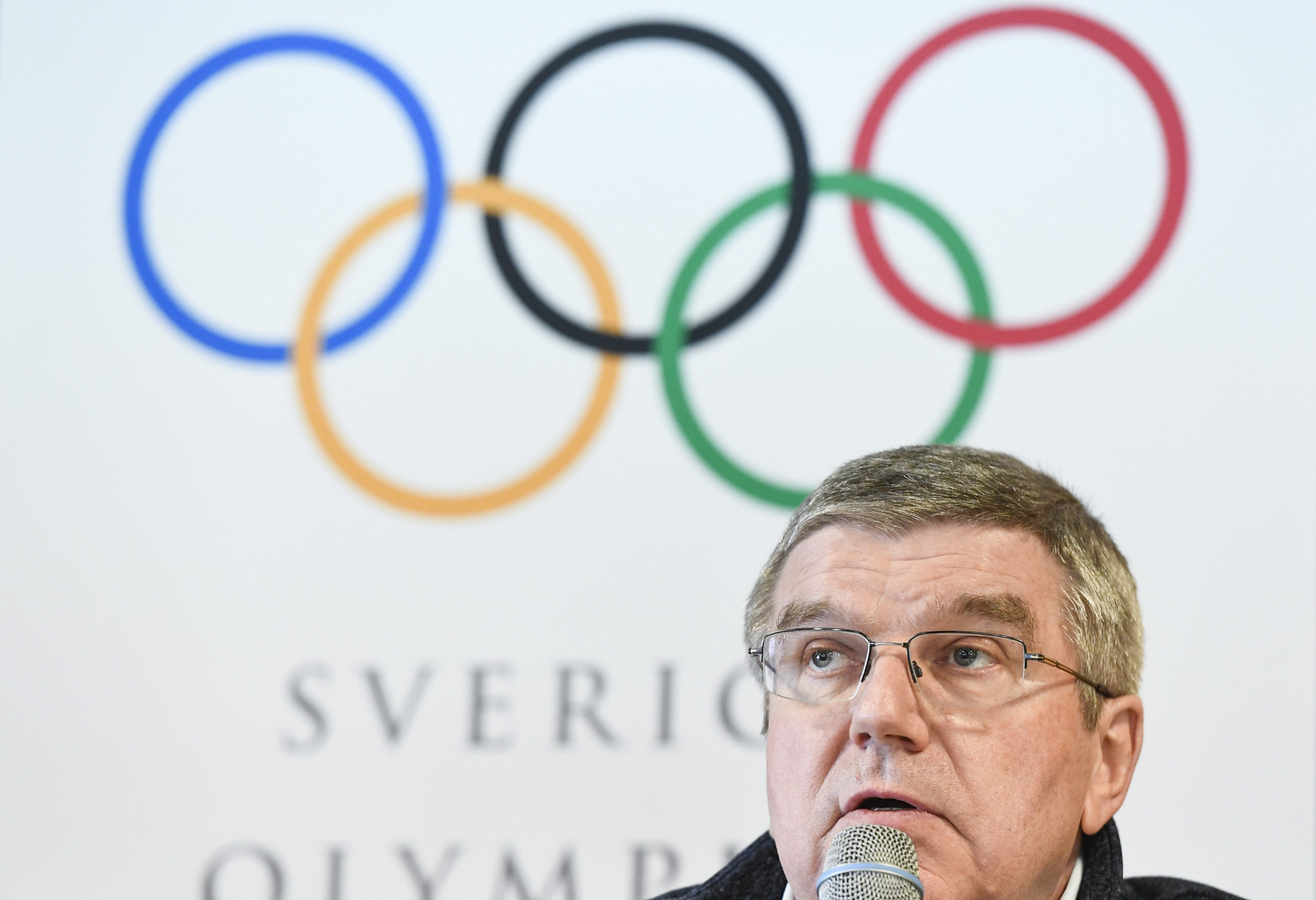 Bach insists it is "naïve" and "unrealistic" to believe the Olympic Games can ignore wider political developments but claims they can do this while remaining strictly neutral.

"This world is run by politics and not by sports organisations," the German told Japanese newspaper The Yomiuri Shimbun.

"Therefore, to preserve the autonomy, we have to have a partnership and mutual respect.

"On the one hand, our respect for the priorities of politics, and on the other hand, their respect of the politics for the autonomy of the IOC, making them aware that we can only accomplish our mission if we have this autonomy, if we are politically strictly neutral.

"And what this means, you can see from the Korean issues.

"If we would not have been strictly politically neutral, we could never have achieved the joint march behind the one flag nor the joint women's ice hockey team."

Host nation South Korea and North Korea marched together under the unification flag at Pyeongchang 2018 and, for the first time in the history of the Games, competed together as part of a unified Korean women's ice hockey team.

Further moves saw a squad of North Korean cheerleaders deployed and, arguably most significantly of all, a high-level North Korean delegation that included Kim Yo-jong - the sister of leader Kim Jong-un - attend.

Bach also said that it has been "mission accomplished" for the IOC so far in terms of using sport to open a "window of opportunity" on the Korean peninsula.

The Olympics has prompted a substantial change in rhetoric after months of hostile exchanges between North Korea and the United States following the inauguration of Donald Trump as American President last year.

Trump has now accepted an invitation from North Korean Supreme Leader Kim to meet him by May at the latest.

"We are very happy to see this development [the joint talks]," Bach added to The Yomiuri Shimbun.

"It is pretty amazing both with regard to depth and speed, how they used this Olympic momentum to drive this dialogue forward.

"I think this is a major step, because only when you sit together, then you can come to solutions.

"I think we can say that with the initiatives that the IOC took, we have opened the door for this.

"It is our mission to make the world a better place through sports, and we can say so far, mission accomplished, by opening this window of opportunity for the political world."

Senior South Korean officials in Washington D.C. claimed Kim had agreed to halt nuclear and missile tests and was "committed to denuclearisation".

Many people are still unconvinced that the cooling of tensions will be anything more than a momentary thing, however.

It has also been announced today that South Korea and the US will start large-scale joint military drills on April 1.

Bach has consistently spoken about how the IOC should not stand separately from politics in a far more vocal way than his predecessors since taking up his office in 2013.

He also said that the participation of every National Olympic Committee in the Games is "vital".

Kuwait, however, remains barred for Government-interference after a feud between political and sporting officials linked to influential IOC member and Association of National Olympic Committees President, Sheikh Ahmad Al-Fahad Al-Sabah.

Competitors from the Gulf nation participated under the Olympic flag as "Independent Olympic Athletes" at Rio 2016 and there appears no sign yet that this situation will change before Tokyo 2020.