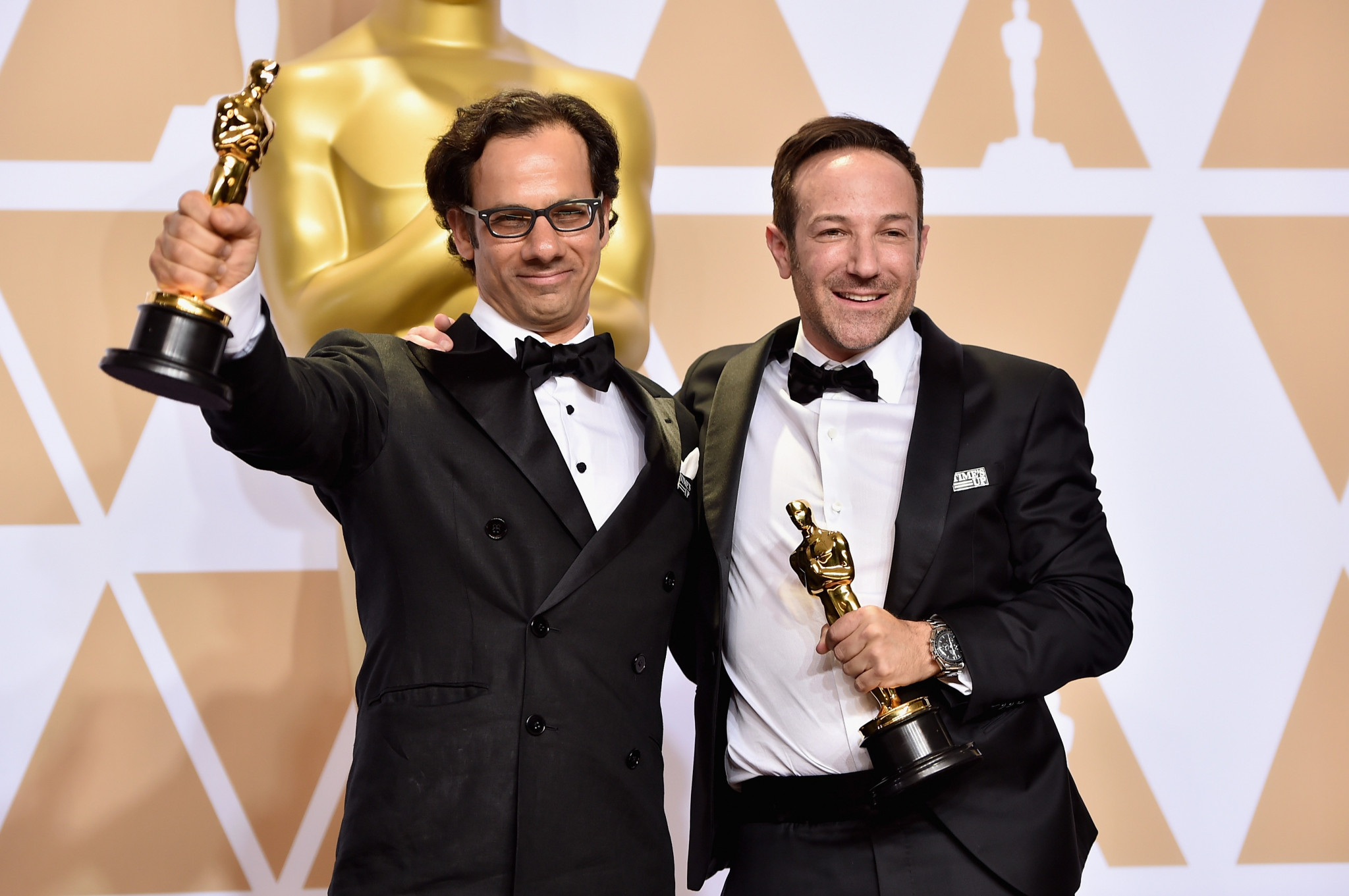 Icarus filmmaker Bryan Fogel has dedicated their Oscar victory to whistleblower Grigory Rodchenkov after success in the best documentary category at the 90th edition of the Academy Awards.

Fogel also launched into a strong criticism of the International Olympic Committee (IOC), calling on its President Thomas Bach to resign over his handling of the Russian doping scandal.

Fogel and producer Dan Cogan accepted the Oscar at the Dolby Theatre in Los Angeles, with the former claiming he hoped the documentary was a "wake-up call".

"We dedicate this award to Dr Grigory Rodchenkov, our fearless whistleblower who now lives in grave danger," Fogel said during his appectance speech.

"We hope Icarus is a wake-up call.

"But, more than that.

"The importance of telling the truth.

"Now more than ever."

The beginning of the film sees cycling enthusiast Fogel looking to tell a story in which he experimented with performance-enhancing drugs, stemming from his fascination with Lance Armstrong, the seven-time Tour de France winner stripped of his titles after admitting doping.

He was referred to Moscow anti-doping laboratory director Rodchenkov as he sought to discover how much performance-enhancing drugs boost riders.

Rodchenkov alleged the Russian Sports Ministry "directed, controlled and oversaw" a "unique" method of sample manipulation during the 2014 Winter Olympic and Paralympic Games in Sochi, involving a sample-swapping method where they had been able to open and reseal tamper-proof bottles.

Truth wins. Thanks to @TheAcademy, and congratulations to @BryanFogel and the entire Icarus team. pic.twitter.com/ca4m5gNQqE

Having fled Russia to the United States, Rodchenkov then assisted the World Anti-Doping Agency (WADA)-Commissioned investigation by Canadian lawyer Richard McLaren, which alleged that around 1,000 Russians across Summer, Winter, non-Olympic and Paralympic sport were implicated in a doping manipulation scheme at events taking place between 2011 and 2015.

Rodchenkov would go on to make allegations to the New York Times about a Russian doping operation at events including their home 2014 Winter Olympic and Paralympic Games in Sochi.

In Icarus, Rodchenkov flees to the US amid increasing fear over the Russian Government's response to the allegations he makes on camera.

The Russian remains in witness protection in the US.

The revelations have had a tumultuous effect on sport in recent years, ultimately leading to Russia competing under a neutral flag at the 2018 Winter Olympics in Pyeongchang last month.

The IOC lifted the suspension on the Russian Olympic Committee last week (February 28), however, despite two doping failures by OAR athletes.

"Plain and simple, Thomas Bach needs to resign," Fogel added at a back stage press event.

"What he has shown to planet earth and any athlete that believes in the Olympic ideal is to not trust it, to not trust those words.

"Because if you can corroborate, prove and substantiate a fraud on this level, that spans for decades and then essentially give the country that committed that fraud a slap on the wrist, allow 160 of their athletes to compete at the Games – two of which were found doping.

"Then after the Games are over without that country ever accepting responsibility, apologising for any of their actions, accept that any of this is true, they continue to hunt Dr Grigory Rodchenkov and then lift the ban on that country.

"What a fraud, what a corrupt organisation.

"That man should be embarrassed and ashamed of himself, he needs to resign."

insidethegames has contacted the IOC for a reaction to Fogel's comments.

Dear Basketball by former great Kobe Bryant was also an Oscar winner on the evening, picking up the prize for the best animated short.

The film I, Tonya, about the figure skating scandal involving Tonya Harding and Nancy Kerrigan, secured one Oscar.

Allison Janney triumphed in the best supporting actress category, while Margot Robbie was a nominee for the best actress.

The film was also nominated for best film editing.