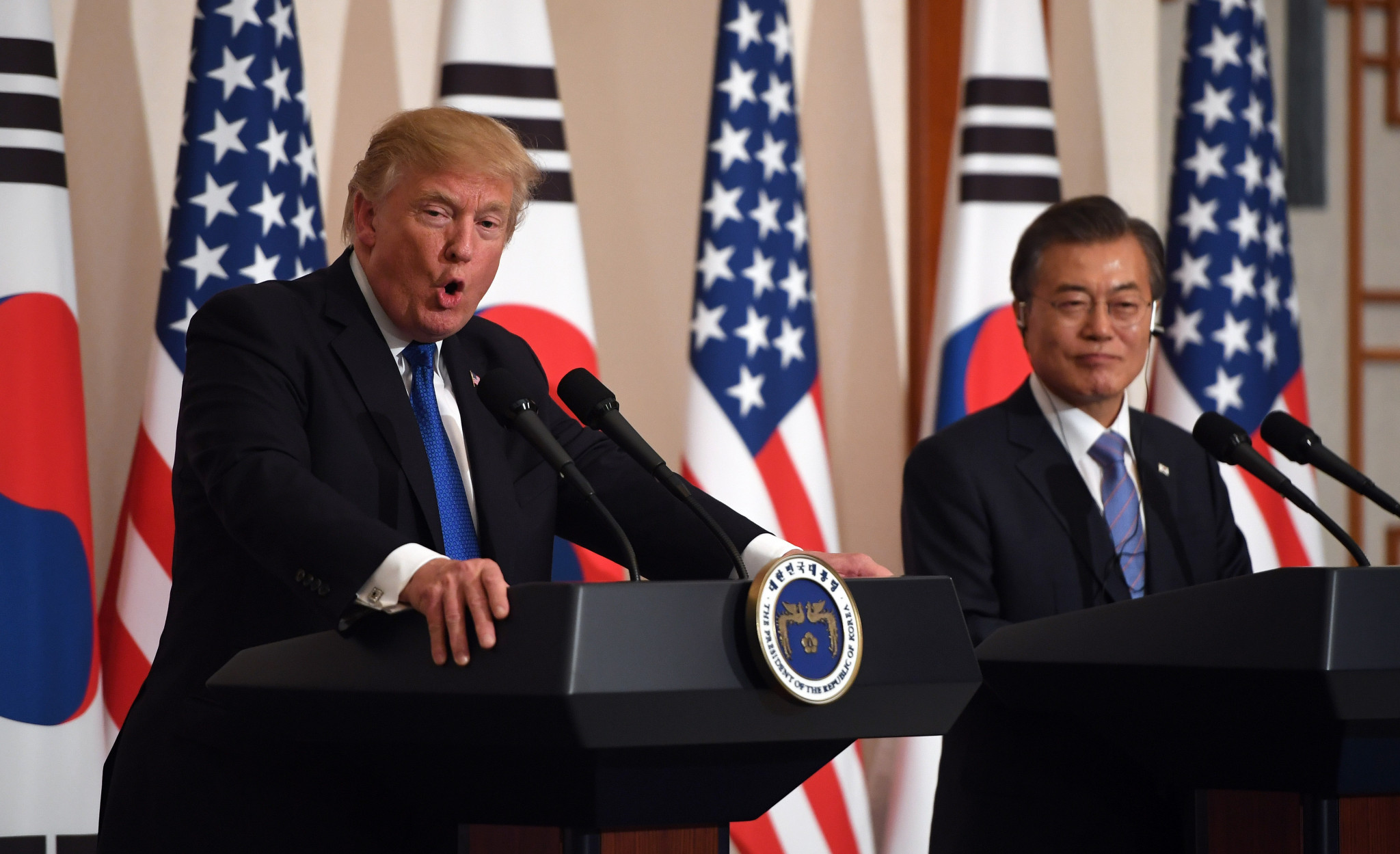 United States President Donald Trump has claimed that South Korean counterpart Moon Jae-in has credited him for the success of the 2018 Winter Olympics, adding that the Games would have been a "total failure" without him.

Speaking at a rally in Pennsylvania, Trump also took credit for a reduced threat of a nuclear attack from North Korea surrounding Pyeongchang 2018.

"I'll tell you, we did a great job on the Olympics," Trump said.

"President Moon of South Korea said without Donald Trump the Olympics would have been a total failure.

"It's a little hard to sell tickets when you think you're going to be nuked.

"But when North Korea called and said they wanted to be in the Olympics, everybody said let's get tickets and go."

There has been strained rhetoric between Trump and North Korean leader Kim Jong-un but last week the former accepted an invitation from the latter to meet him by May at the latest.

Senior South Korean officials in Washington D.C. claimed Kim had agreed to halt nuclear and missile tests and was "committed to denuclearisation".

There had been an apparent establishment of reconciliation between North and South Korea during the Winter Olympics, which took place from February 9 to 25.

The two nations marched together under the unification flag, and, for the first time in the history of the Games, competed together as part of a unified Korean women's ice hockey team.

Further moves saw a squad of North Korean cheerleaders deployed and, arguably most significantly of all, a high-level North Korean delegation that included Kim Yo-jong - the sister of Kim Jong-un - attend.

The charm offensive was hailed by some as a breakthrough with the Olympics being credited for the holding of a rare meeting last week between South Korean officials and Kim Jong-un in North Korean capital Pyongyang.

Among the subjects said to have been raised was North Korea’s willingness to talk about getting rid of its nuclear weapons on the basis that its own safety can be guaranteed.

The two nations later agreed for Kim and Moon to meet next month at a summit in the truce village of Panmunjom, where discussions are expected to be held on how to reduce tension on the Korean Peninsula.

Trump went on to credit South Korea for doing "a great job" with the Olympics and praised the demonstration of unity between North and South Korea.

"It was great to see North Korea going and participating," Trump said.

"And there was a nice unity.

"It was really a nice thing."

Among those present at the Closing Ceremony of the Pyeongchang 2018 Olympics was Trump’s daughter Ivanka.

She arrived two days prior to the Ceremony, which was held on February 25, and attended several events to support American athletes.

She also had dinner with Moon at the Blue House in Seoul.

North Korea was represented by Kim Yong Chol, Vice-Chairman of the Party Central Committee, at the Closing Ceremony.

insidethegames had exclusively revealed on the eve of the Opening Ceremony that North Korea were on the verge of boycotting the Games before being persuaded otherwise after meetings with the International Olympic Committee and other stakeholders.

It followed comments by US Vice-President Mike Pence, who said in Tokyo on his arrival in Asia to attend the Opening Ceremony that they planned to introduce the "toughest and most aggressive" sanctions yet against North Korea.

North and South Korea marched separately at the Opening Ceremony of the Pyeongchang 2018 Winter Paralympics, which took place here on Friday (March 9).