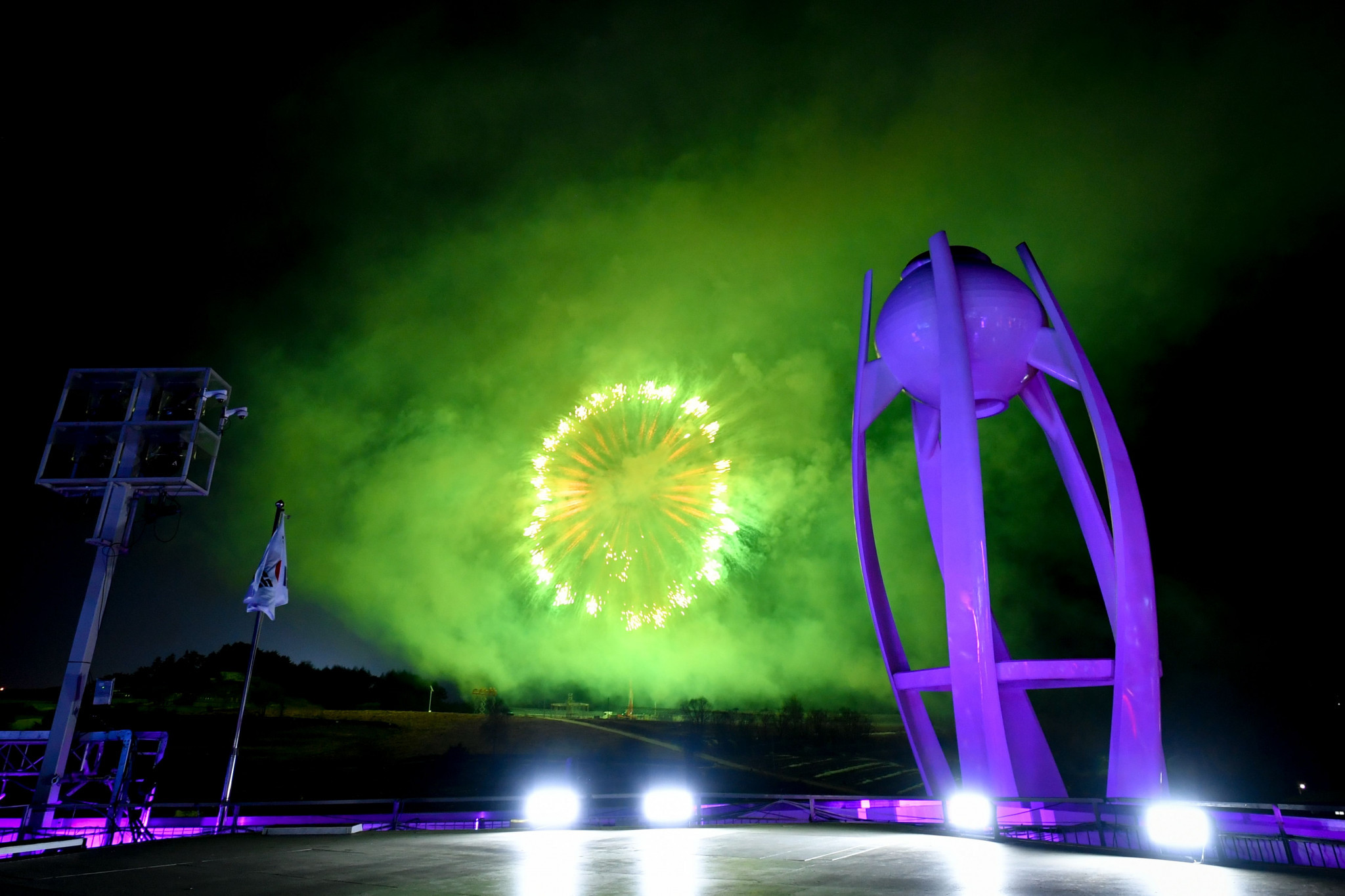 International Olympic Committee (IOC) President Thomas Bach officially declared closed Pyeongchang 2018 here this evening as attention turned to the next edition of the Winter Olympics in Beijing in 2022.

Bach expressed his thanks to South Korean President Moon Jae-in for what he described as his "personal commitment and determination to make these Games so successful in every way".

He also congratulated Pyeongchang 2018 for showing the world "new horizons" before inviting athletes from the five continents of the world and future host countries of the Olympic Games to join in showing their gratitude.

"Together we would like to express our gratitude, with the typical Korean gesture of a heart, which we have appreciated so much during these Games," Bach said.

"And now it is my obligation to declare the Olympic Winter Games Pyeongchang 2018 closed.

"In accordance with tradition, I call upon the youth of the world to assemble four years from now in Beijing, People’s Republic of China, to celebrate with all of us, the 24th Olympic Winter Games."

Bach also hailed the significance of North and South Korea, still technically at war, marching together under the unification flag at the Opening Ceremony and, for the first time in Olympic history, competing together as part of a unified Korean women's ice hockey team.

"With your joint march, you have shared your faith in a peaceful future with all of us," he said.

"The IOC will continue this Olympic dialogue, even after we extinguish the Olympic flame.

"In this, we are driven by our faith in the future."

South Korea has agreed to pay the $2.64 million (£1.89 million/€2.15 million) bill for North Korea’s participation at the Winter Olympics from its Ministry of Unification budget.

The bill is said to include entry fees, accommodation and transport for musicians, cheerleaders and media as well as taekwondo performers.

A delegation of 400 North Koreans was present at Pyeongchang 2018.

North Korea were represented by Kim Yong Chol, Vice-Chairman of the Party Central Committee, at the Closing Ceremony.

"It showcased much bigger possibilities beyond sport," he added.

"When marching together, and even competing together as a unified Korean team, it constituted a strong identity of one single nation.

"The world paid its high tribute of admiration for the athletes of South and North Korea who marched and competed together during the Games.

"And the spectators in the stands shouted, 'we are one'.

"The seed of peace you have planted here in Pyeongchang will grow as a big tree in the not-distant future.

"The hope and aspirations of South and North Korean athletes together with cheerleaders will definitely serve as a cornerstone of the unification of the Korean Peninsula."

Russian athletes were not allowed to march under their own flag at the Closing Ceremony but, in return, the country's National Olympic Committee is set to have its suspension lifted soon.

The Russian Olympic Committee will have its suspension lifted as soon as it is confirmed that no additional positive cases are incurred by Olympic Athletes from Russia (OAR) at Pyeongchang 2018.

Later in the evening, Sim Jae-guk, the Mayor of Pyeongchang, passed the Olympic flag to Bach, who then passed it to Chen Jining, the Mayor of Beijing.

It was followed by a Beijing 2022 presentation as 24 luminescent screens, each representing a previous edition of the Winter Olympics, appeared on the stage.

Two teams of 12 skiers then left trails on the stage, forming the shape of the Beijing 2022 emblem.

Among those present at the Ceremony was Ivanka Trump, daughter of the United States President Donald.

She arrived on Friday (February 23), having been confirmed as the leader of the US delegation at the Closing Ceremony, and attended several events to support American athletes.

The Olympic flame was extinguished after the concluding segment of the Ceremony, which saw 400 performers enter the venue holding LED balls in their hands before standing in the formation of a snowflake.

The formation was inspired by the Pyeongchang Olympic emblem "ㅊ".