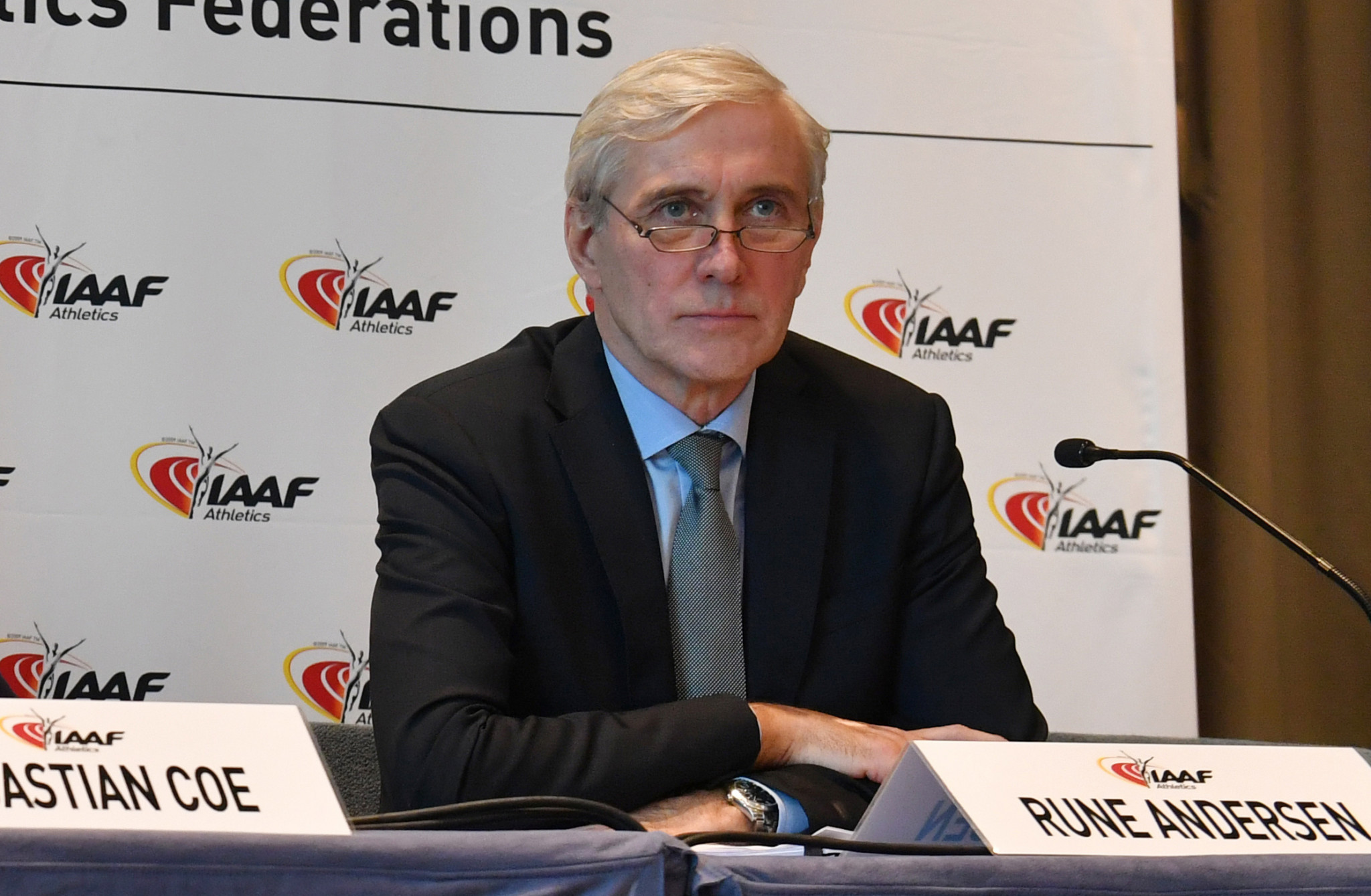 A ban on Russian track and field athletes from international competition has been in place since November 2015 following a report commissioned by the World Anti-Doping Agency (WADA) which found evidence of state-supported doping.

The IAAF Council today accepted a recommendation from the IAAF Taskforce not to reinstate RusAF at their meeting.

Rune Andersen, chair of the Taskforce, said the recommendation was due to numerous criteria remaining outstanding.

The Norwegian claimed that if progress was not made in the coming months, a recommendation could be made to withdraw permission for clean Russian athletes to compete neutrally, while also having the potential to explore the expulsion of Russian membership entirely.

This would be considered at the IAAF Council meeting in July.

"The Taskforce will now call for an urgent meeting with RusAF and the Russian Ministry of Sport to impress upon them the need to resolve these issues without further delay," Andersen said.

"The Council agreed that if promises are not met, at the next Council meeting in July 2018 further measures should be discussed.

"Including withdrawing permission for Russian athletes to compete as neutral athletes in international competition and taking the steps necessary to recommend to Congress that RusAF be expelled from the IAAF."

Despite progress made by RusAF, there are concerns over a deadlock regarding several aspects of the reinstatement criteria, previously agreed by the Taskforce and the national federation.

Central to this is the reinstatement of the Russian Anti-Doping Agency (RUSADA) and acknowledgement of the findings of the McLaren and Schmid reports into doping in the country.

Russian officials have repeatedly said they will not accept the findings, however, leaving RUSADA's reinstatement at an impasse.

RusAF and the RUSADA are still yet to provide a test distribution plan for 2018, which shows an adequate amount of testing of Russian athletes.

The IAAF Taskforce also state RusAF are yet to show they have fixed previous legal issues that meant it was unable to enforce doping bans on athletes or coaches, while RUSADA have not identified the athletes who provided samples that showed up positive for prohibited substances in the Moscow Laboratory Information Management System data provided by WADA.

Andersen admitted it is difficult to know how the situation can move on if acknowledgement of the McLaren and Schmid reports is not given.

"It is a very difficult question in terms of how we move on," he said.

"It is entirely in the hands of Russia and the Russian leadership, how they want to deal with the acknowledgement of the reports submitted by McLaren and Schmid.

"This is something they will have to come forward with.

"For us, we just need to get that acknowledgement, because if we don't, we cannot move forwards."

IAAF President Sebastian Coe stated that the governing body want to welcome Russia back into the "IAAF Family," but the Briton asserted that other member federations had to have confidence in the processes in place in the country.

He asserted that the potential for expulsion was not "sitting there as a threat, but because we want this situation resolved."

"We can’t just sit here if there are still gaps in the verification criteria forever and a day," he said.

"It is a costly and time consuming process.

"Unless dramatic progress is made and we genuinely hope it is being made, we will have to review in our Council meeting in July, the status of the neutral competitors and the potential for the Congress to decide upon the ultimate sanction, which is expulsion.

"It is in nobody's interest to be sitting here in no man's land.

"We want the country and their athletes back, but we want the world to be in a position to trust."

The IOC allowed Russian athletes to compete neutrally as the Olympic Athletes from Russia at the Pyeongchang 2018 Winter Olympics, before lifting the sanction three days after the Games.

It came despite two Russian athletes failing drug tests at the Games, as well as RUSADA's continued non-compliance with WADA.