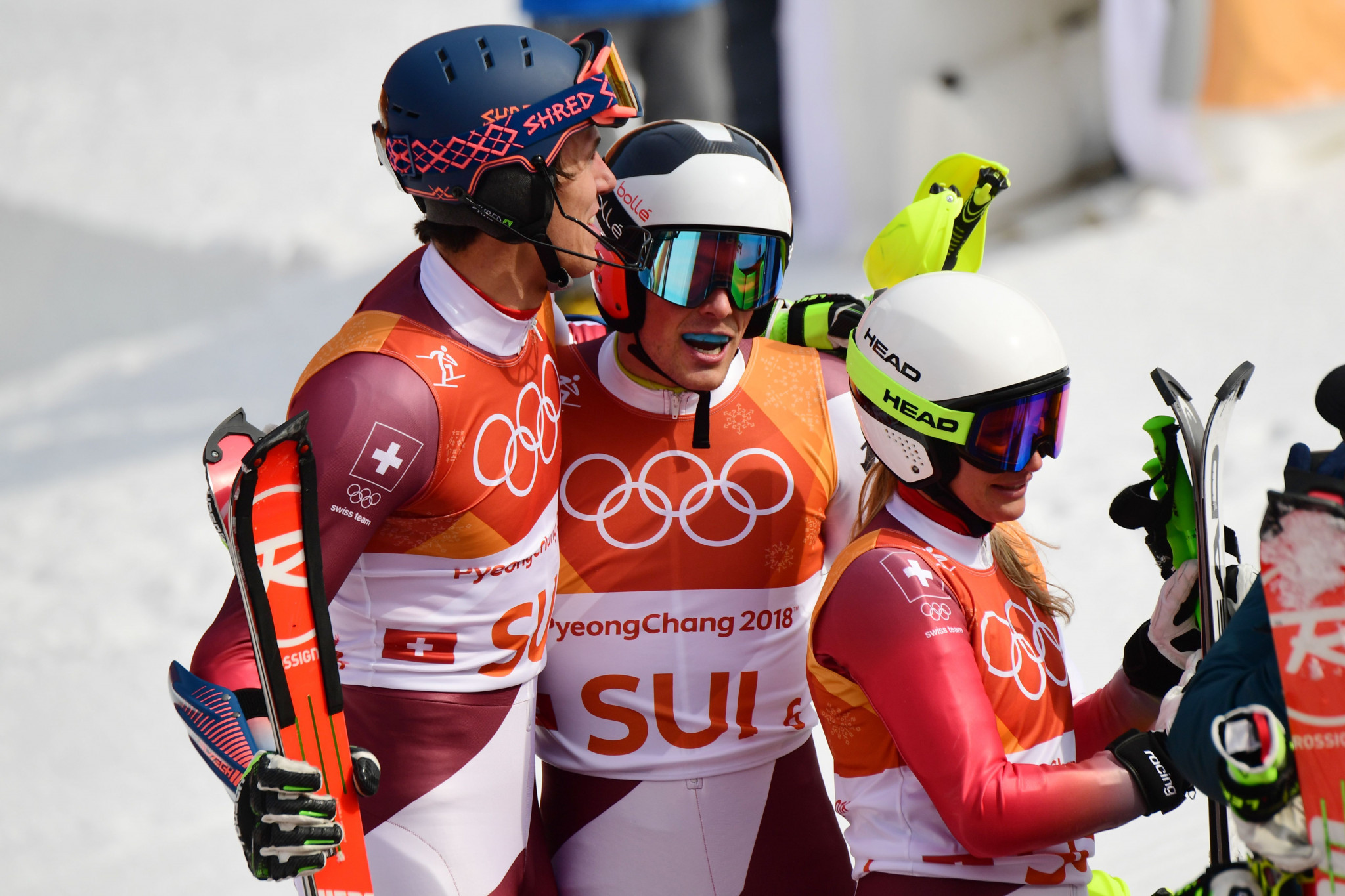 Daniel Yule scored the decisive point for the Swiss at the Yongpyong Alpine Centre as Austria’s Marco Schwarz failed to finish the last run.

Katharina Liensberger had earlier beaten Denise Feierabend by 0.31 seconds to give Austria a 1-0 lead but Switzerland fought back with wins for Ramon Zenhaeusern and Wendy Holdener.

Zenhaeusern’s opponent Michael Matt was disqualified, while Holdener beat Katharina Gallhuber by a margin of 0.10 seconds.

It set up the decider between Yule and Schwarz with the former sealing Switzerland’s victory.

"To do it in a team event, for us skiers who usually are always doing an individual sport, was incredible."

Norway beat France in a tight small final, winning on cumulative timings after a 2-2 tie to take the bronze medal.

Austria had looked the team to beat in the early rounds of the new knock-out discipline, which sees four skiers from each country score points in head-to-head parallel match ups.

Even skiing without the formidable Marcel Hirscher, Austria recorded 4-0 wins over South Korea and Sweden in the first round and quarter-finals respectively.

They then cruised past Norway with a 3-1 win in the semi-finals.

Switzerland, who had defeated Hungary, Germany and France on their way to the big final, saved their best performance for the last races against their rivals.

The Alpine team event was the first new discipline to be introduced at the Winter Olympic Games since Calgary 1988, when super-G was added to the programme.

It brings an end to Alpine skiing action at Pyeongchang 2018.