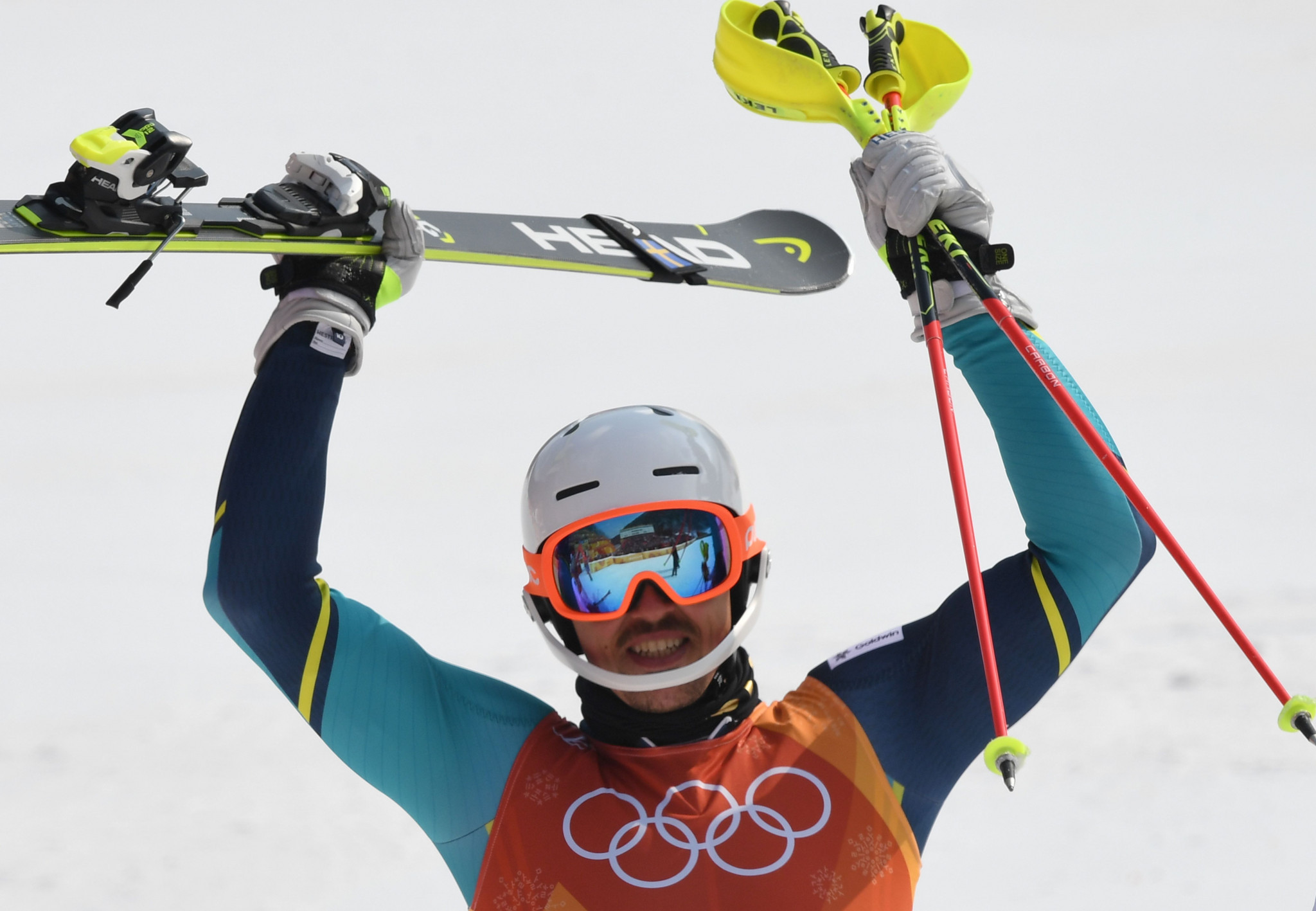 His second-run time of 51.06 was only the eighth fastest, but it was enough for victory when combined with his first-run time of 47.93, which ranked second.

The competition had been blown wide open after Austria’s Hirscher, the Alpine combined and giant slalom gold medallist, bombed out in the first run.

Myhrer becomes the second Swedish man to win Olympic gold in Alpine skiing, following in the footsteps of Ingemar Stenmark who triumphed in the slalom and giant slalom at Lake Placid 1980.

At age 35 years and 42 days old, Myhrer also becomes the oldest gold medallist from Sweden at the Winter Olympics.

He breaks the record held by Sixten Jernberg, who was 34 years and 364 days when he won the cross-country skiing 50 kilometres classic at Innsbruck 1964.

"It means everything," Myhrer said.

"I've been training my whole life for a moment like this.

"I took a medal in Vancouver, a bronze, but I've been always dreaming about the gold medal and now it's a reality and I'm totally blown away."

Austria’s Michael Matt, whose brother Mario was the Sochi 2014 Olympic champion, finished 0.67 seconds behind in third.

He clocked the fastest second-run time of 50.66 to move up nine places from 12th.

Zenhaeusern only managed a ninth-place finish in the first run with a time of 48.66, but he registered the second-fastest run in the decider.

"It's just crazy - it's like in a dream," he said on winning a silver medal.

Alpine skiing medal action at Pyeongchang 2018 is due to conclude on Saturday (February 24) with the team event.