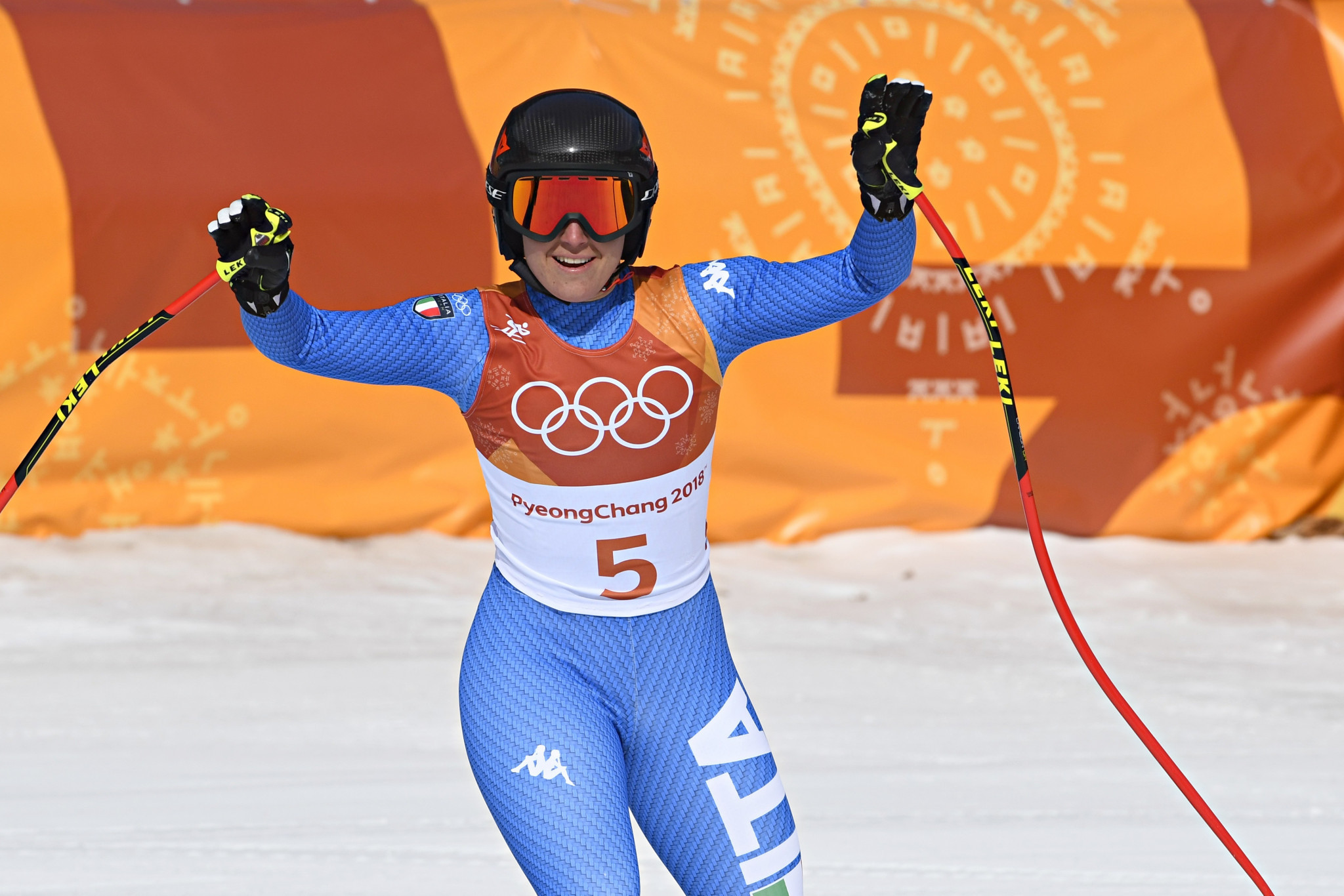 Goggia, leader in World Cup standings ahead of Vonn, clocked what proved to be an unrivalled time of 1min 39.22sec at the Jeongseon Alpine Centre.

Vonn’s hopes of becoming a double Olympic downhill champion were ended when she crossed the line 0.47 seconds behind Goggia,

Mowinckel then relegated the American down into the bronze medal position after finishing just 0.09 seconds off the pace.

"I still haven’t quite realised yet," she said on her victory.

"I think I’ll realise when I’m on the podium.

"I feel so focused on the day that I haven’t realised yet what I’ve done.

"It’s about me and my skiing and not the others."

In what she said would "most likely" be her final Olympic downhill race, Vonn set off fast before losing speed in the middle of the run.

The 33-year-old had been looking to repeat her downhill triumph from Vancouver 2010.

Injury had denied her the opportunity to defend her title at Sochi 2014.

Vonn has broken the record for oldest female medallist in Alpine skiing at the Winter Olympics, previously held by Austria’s Michaela Dorfmeister, winner of he Turin 2006 super-G aged 32 years and 332 days.

"It was tough to contemplate this being my last Olympic downhill," she said.

"I struggled to try to keep the emotions together, but I left it all on the mountain like I said I would.

"I skied really well, but I think Sofia is untouchable today."

Mowinckel’s runners-up finish sees her add another silver medal to the one she won in the giant slalom last Thursday (February 15).

She is the first Norwegian woman to win multiple medals in Alpine skiing at the Winter Olympics.

"I just tried to bring the best I could do and it was by far my best downhill race ever.

"To do it in the Olympics is amazing.

"I really need some time to understand this - I’m so happy."

Alpine skiing action at Pyeongchang 2018 is due to continue tomorrow when the men’s slalom and women’s Alpine combined slalom events are due to be held.