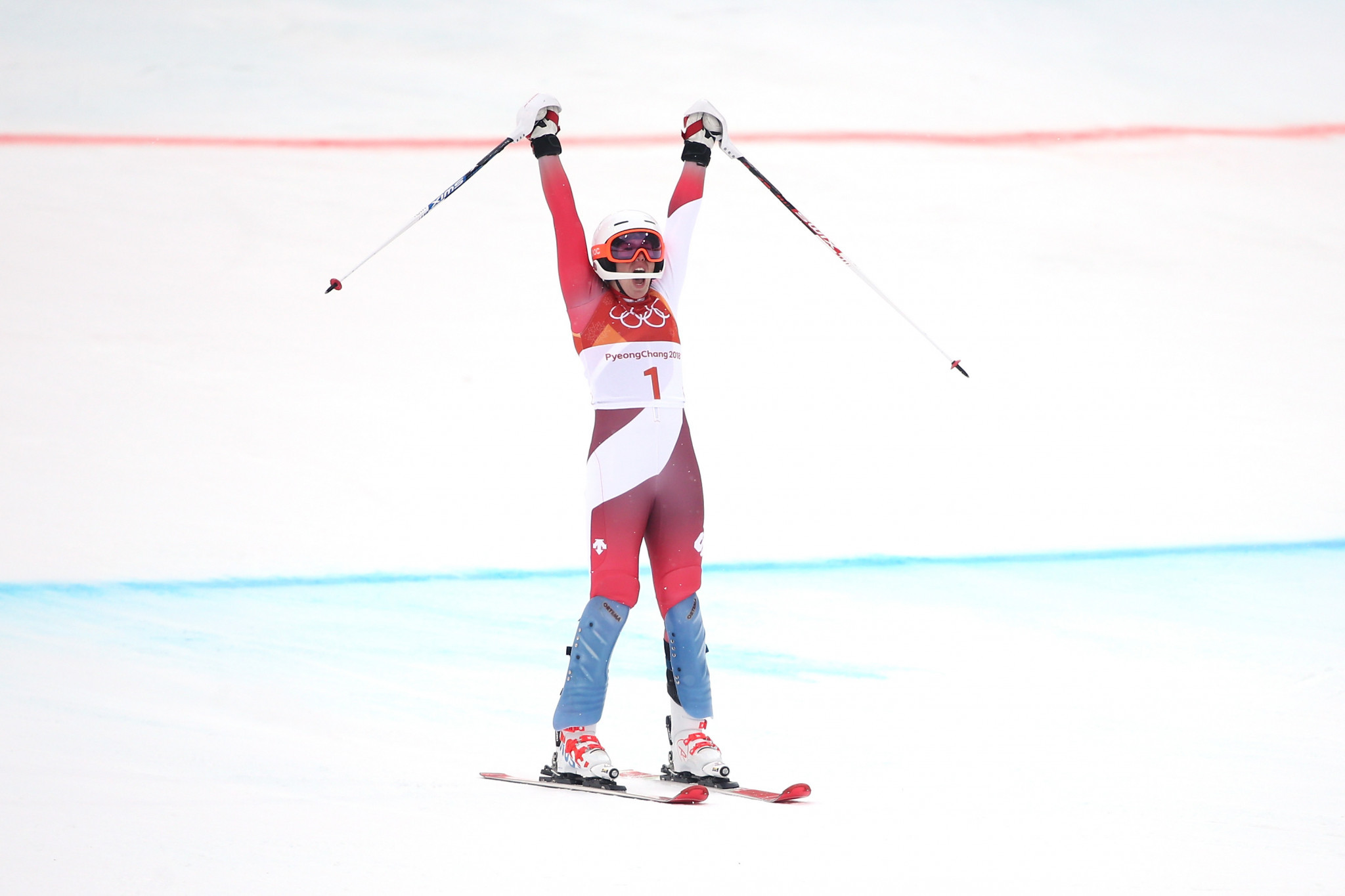 The 24-year-old clocked a combined time of 2min 20.90sec to beat her American rival by 0.97 seconds and claim her first Olympic medal.

Gisin joins her sister Dominique as the only women from Switzerland to win a gold medal in an Alpine skiing event in the past 24 years.

The last woman before the Gisin sisters to claim gold for Switzerland in Alpine skiing was Vreni Schneider,winner of the women’s slalom at Lillehammer 1994.

Switzerland’s Wendy Holdener was today's bronze medallist, producing the fastest slalom run with 40.23 for an overall time of 2:22.34

"It's amazing to be on the podium with two such amazing skiers," Gisin said.

"I knew I would have to show the slalom of my life to have a chance to get that medal and to get that gold medal.

"I'm just so excited that I found my run.

"I've been looking for that run the whole season and it came at just the perfect moment."

Gisin’s victory was confirmed when the United States' Lindsey Vonn, the leader after the downhill segment, failed to finish her slalom run.

Shiffrin becomes the third athlete from America to win a medal in at least three different Winter Olympic Alpine skiing events, following in the footsteps of Julia Mancuso and Bode Miller.

She previously won the gold medal in the slalom at Sochi 2014 and the giant slalom here at Pyeongchang 2018.

"It's a nice way to end the Olympics.

""I started off with a bang and ending with a medal on the podium is really cool.

"I came into these Olympics knowing I could be a medal threat in multiple disciplines.

"I didn’t even know how many I would ski.

"After the gold in the giant slalom, I was really hopeful and positive."

Alpine skiing medal action at Pyeongchang 2018 is due to conclude on Saturday (February 24) with the new team event.