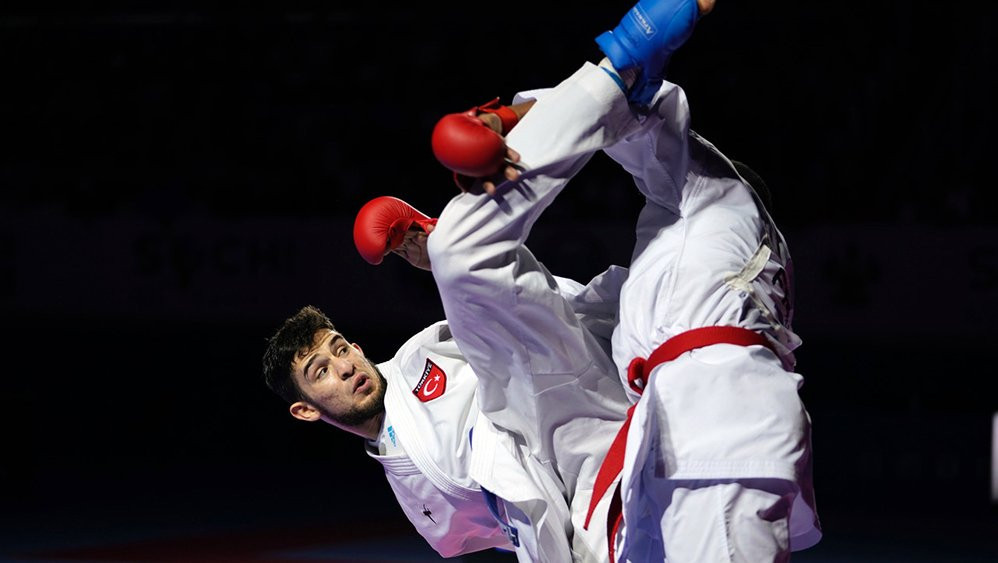 Şamdan has appeared at the Championships since 2013 and maintained his stunning record by triumphing in the under-21 men’s kumite event at the Iceberg Skating Palace.

The 20-year-old delivered an impressive performance against Belarus’ Oleg Melekhin in the under 60 kilogram final, emerging the 4-0 winner.

The Spaniard beat France’s Aurore Bourcois 7-0 in a devastating display.

"I could not believe that I could win the World Championships in Tenerife, and now, it is amazing for me to be here and to be able to defend my country," said Morales.

"I still cannot believe that I could win again."

Morales added: "Kumite is always a very uncertain matter; you never know what it can happen.

"You may be lucky and things may go your way but it is also very easy to receive a kick or something in the last seconds and you end up losing everything.

"I was afraid that as a world champion, I was the rival to beat and that anything could happen; so it is a great feeling for me to win this way."

Schaerer’s team-mate, Nina Radjenovic, went one stage further than her compatriot, being crowed winner of the under 61kg final.

Having enjoyed success on the opening two days of the Championships, Italy ended top of the medals table with five golds to their credit.