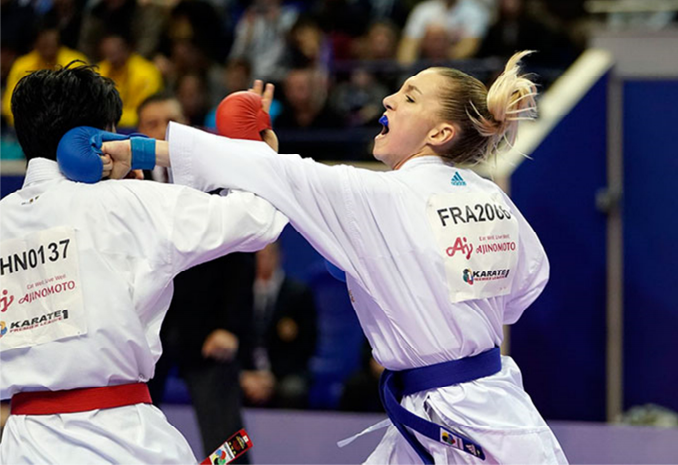 Around 1,000 athletes are set to participate at the European Karate Federation Cadet, Junior and Under-21 Championships in Sochi.

Competition will begin tomorrow in the Russian city, with several karatekas vying to add continental titles to their World Championship golds.

France's Gwendoline Philippe is among the athletes seeking to add to her world title, and will compete in the under-21 women's 61 kilogram kumite event.

She will head into the competition having earned an impressive silver medal at the Karate 1-Premier League in Paris.

Philippe's compatriot Lea Avazeri will hope to continue her impressive run of results at the continental event in the women's under-68kg.

Avazeri will hope to seal a fifth consecutive gold medal at age group level in the Championships.

In men’s competitions, Denmark’s Frederik Godthjaelp Petersen is among the favourites for the cadet over-70kg gold.

Petersen won the world title in the division in only his second international competition and will now be hoping to back up his quick success.

Turkey’s Enes Ozdemir will also seek to achieve the same feat, when he competes in the men’s kata event.

Bulgaria staged the last edition of the Championships, which took place in capital Sofia.

France proved the dominant nation at the event, as they ended top of the final standings with 14 medals.

They were followed by Italy and Turkey, who won 13 and 12 respectively.

The Championships will begin tomorrow and run until Sunday (February 4).