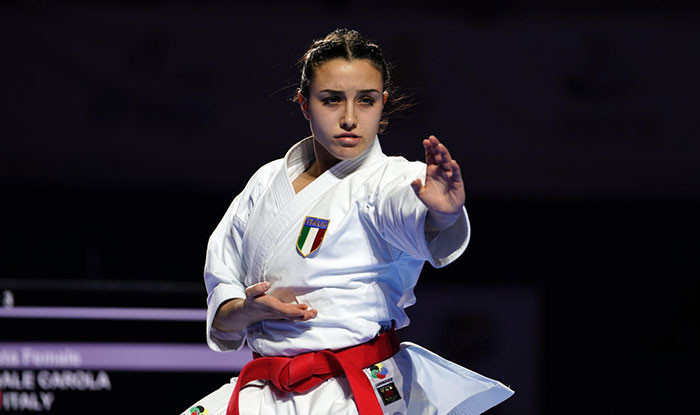 Italy enjoyed a strong start on the opening day of the European Karate Federation Cadet, Junior and Under-21 Championships in Sochi.

Matilde Galassi began their success by winning the women's cadet kata event, as her country secured four gold medals in the Russian city.

Galassi overcame Slovakia's Michela Cukanova by a 5-0 scoreline in the final to secure top spot on the podium.

Her compatriot Mirko Bareca was able to replicate the achievement in the junior men's kata event, as he beat Ujihara Yuki of Switzerland 5-0.

"I feel so happy for this victory," Bareca said.

"I am so proud for having the opportunity to be here and I would like to thank all those who helped me reach this moment, my family, friends, my city, my coach and the federation for their support.

"We had very good expectations before coming here and they were confirmed today.

"This day was extremely successful for us and we all are very pleased for this."

Giussepe Panagia won the men's under-21 kata final by a 4-1 score against Serbia's Jovan Simic, with Italy's fourth gold coming from Aurora Pendoli, as she triumphed against Slovenia's Elizabeta Molnar in the women's under-54kg kumite event.

Sergei Kalinin made it a hat-trick of golds for the hosts by edging Danish world champion Frederik Godthjaelp Petersen in the over-80kg competition.