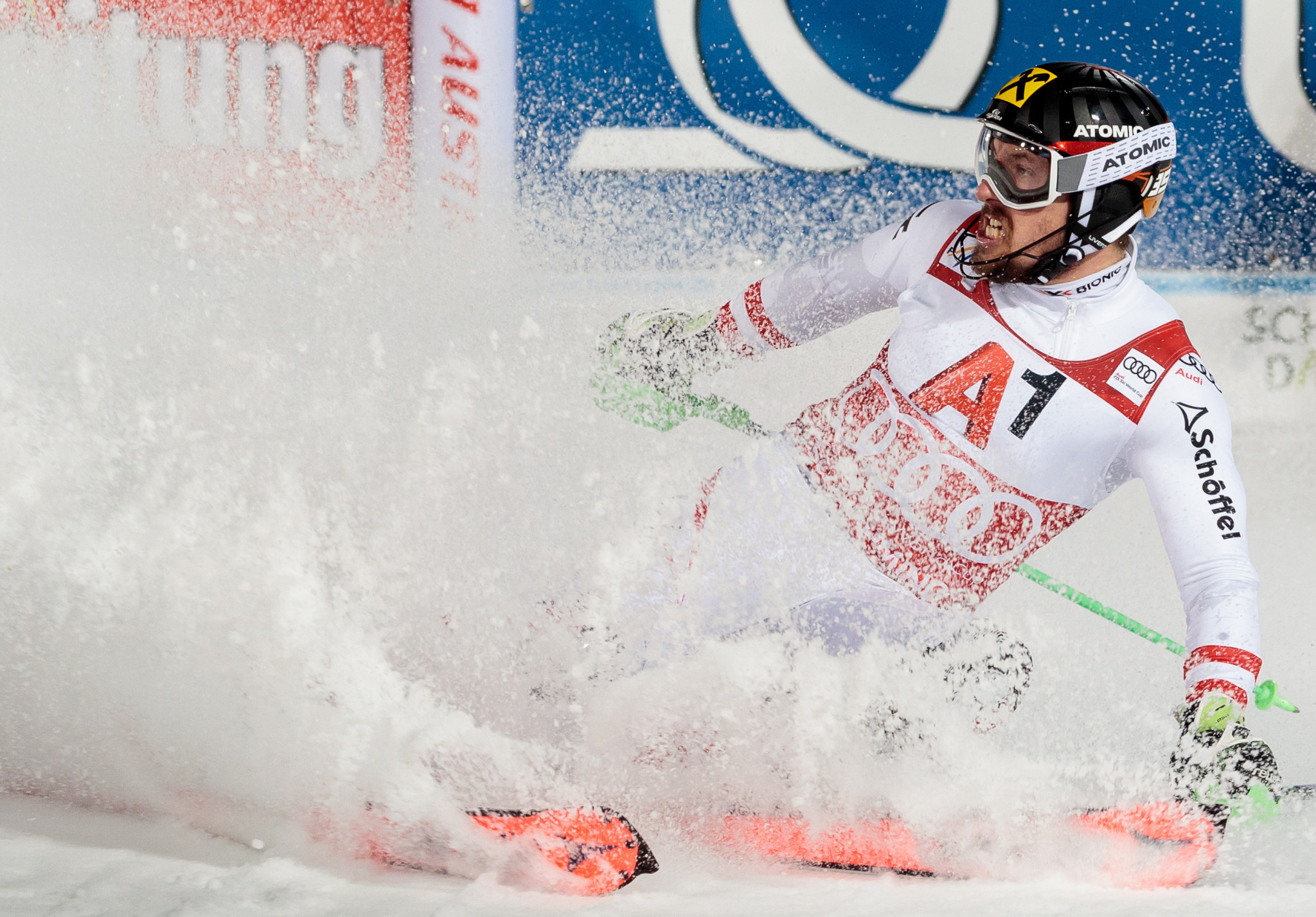 Hirscher, who is aiming for a seventh overall World Cup crown in a row, now has 54 victories in all - the same as the double Olympic champion Maier.

More than 40,000 fans attended the floodlit race which Hirscher won in 1min 43.56sec after two runs.

Norway's Henrik Kristoffersen, who beat Hirscher into second in Kitzbühel on Sunday (January 21), was second this time as he clocked 1:43.95.

However, there was controversy as some fans threw snowballs at the Norwegian during his final run.

Nothing hit Kristoffersen but he reacted angrily at the finish line.

Only Sweden's Ingemar Stenmark now has more men's World Cup wins than Hirscher and Maier, with 86.

Hirscher has 1,154 points on top of the World Cup leaderboard with Kristoffersen second on 980.

Rebensburg, the Olympic giant slalom champion at Vancouver 2010, missed the last two legs of the season in Bad Kleinkirchheim and Cortina d'Ampezzo due to illness but returned to form at the Italian resort.

She clocked a combined time of 2:06.19 over her two runs to win for the third time this season.

The German had previously won two out of the opening three World Cups of the campaign.

Shiffrin, the Olympic slalom champion who has a commanding lead in the World Cup standings as she looks to retain her overall title, skied out after run one.

It means she has surrendered the giant slalom lead to Rebensburg who has 422 points compared to the American's 385.

In the overall standings, Shiffrin has a huge 1,477 points with Rebensburg second on 634.

Tina Weirather of Liechtenstein is third on 601.