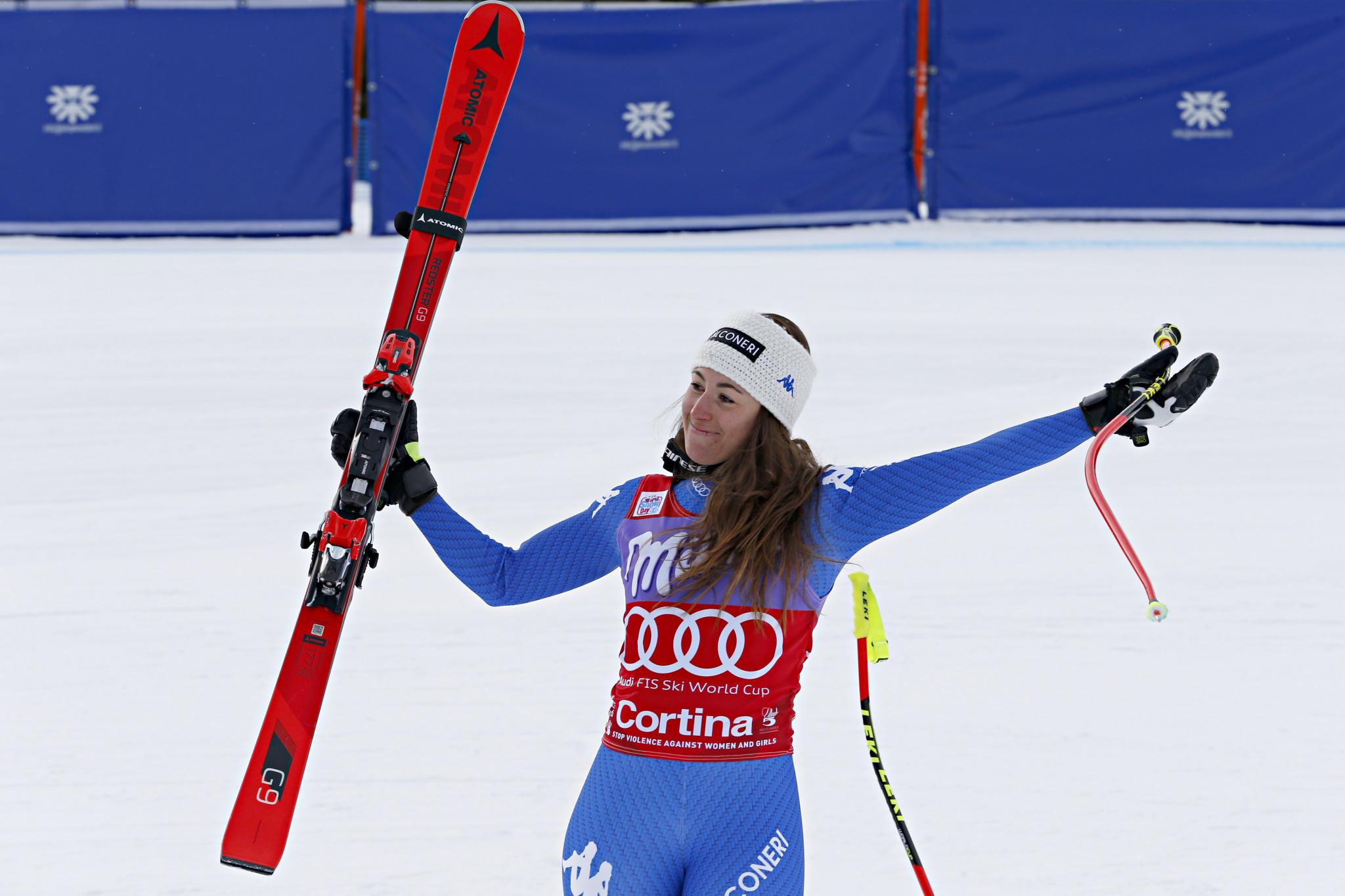 The 25-year-old, who claimed a bronze medal at the 2017 FIS Alpine World Ski Championships in St. Moritz, Switzerland, recorded a time of 1 min 36.45 secs in today’s downhill race to take gold.

This was her second downhill World Cup title in a row having also won last time out in Bad Kleinkirchheim, Austria.

Goggia’s time was 0.47 seconds quicker than Lindsey Vonn’s of the United States, who managed to survive a near crash to finish with the silver medal.

This was the 2010 Olympic champion’s second medal of the campaign after winning the super-G event in Val d'Isère, France, in mid-December.

Vonn’s compatriot Mikaela Shiffrin, who has won ten events across all alpine skiing categories this season, completed the podium line-up thanks to a time of 1:37.29.

Outside of the medallists, Julia Mancuso, the most decorated US Olympic female alpine athlete with four medals, skied the final race of her career following her decision to retire due to degenerative hip problems.

The five-time World Championship medal winner completed the course in a Wonder Woman suit and cape in a time of 1:54.64.

The men’s super-G event, due to take place in Kitzbühel in Austria, was almost postponed due to bad weather.

However, the organisers decided instead to modify the course so the race could go ahead

It was eventually won by Norway’s Aksel Lund Svindal, who recorded a time of 1:30.72 to claim his first super-G podium of the campaign.

Svindal’s compatriot Kjetil Jansrud, who won the opening super-G event of the season in Lake Louise, Canada, claimed silver after finishing 0.50 seconds behind his team mate.

Austria’s Matthias Mayer, who won last season’s super-G race in Kitzbuehel, claimed his fourth medal of the World Cup season thanks to a time of 1:31.28, putting him third behind the Norwegian duo.

The action continues tomorrow with the women competing in their second downhill race of the weekend whilst the men will compete in their first.