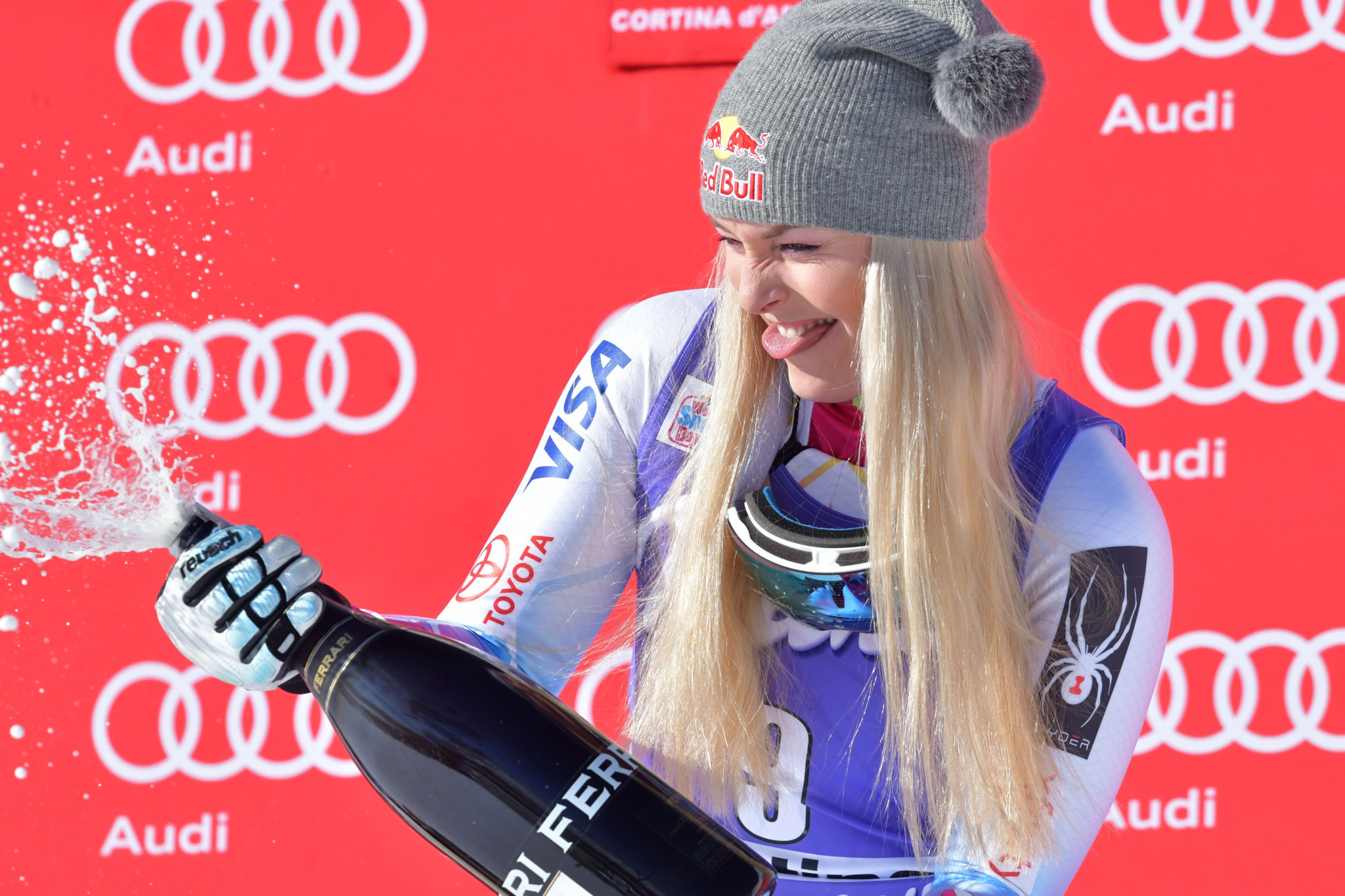 Lindsey Vonn of the United States continued her good form in Cortina d’Ampezzo by following up yesterday's silver medal with a gold in today’s downhill competition at the International Ski Federation (FIS) Alpine Ski World Cup.

The 33-year-old, winner of the Olympic gold medal in the downhill at Vancouver 2010, has not been in fantastic form so far this campaign with just one World Cup win in the all disciplines.

Her performances, which have seen her earn two medals in the last two days, have started to improve at the right time with the Winter Olympics in Pyeongchang just around the corner.

Vonn, who last won an overall World Cup title in 2012, recorded a time of 1min 36.48sec to take victory in today’s race at the Italian venue, beating Lichtenstein’s Tina Weirather, who had been top of the downhill standings heading into this weekend’s racing, by 0.92 seconds.

""It was good, clean skiing today. I didn't make any big mistakes like yesterday," said Vonn.

"And it was just really fun to race.

"It was a beautiful day - normal, perfect Cortina sunshine - and perfect conditions so it made me really happy just to be out there on the mountain today."

Today’s win was Vonn’s 12th in Cortina d’Ampezzo and 79th of her career, moving her to within seven of Swedish skier’s Ingemar Stenmark’s record of 86.

Commenting on the possibility of breaking the record, Vonn said: "My focus right now is so much on the Olympics that I haven't really thought about it that much this season.

"After the Olympics, that will be my number one priority again and I'll try to rack up as many wins as possible before I retire."

Vonn’s compatriot Jacqueline Wiles took the bronze medal in a time of 1:37.46.

Thomas Dreßen of Germany recorded a shock win in the men’s downhill event in the Austrian town of Kitzbühel with his time of 1:56.15 enough to secure the first World Cup win of his career.

"It was always a dream to ski through the finish line and still be leading in Kitzbühel.

"It was just amazing."

Switzerland’s Beat Feuz, winner of the last downhill event of the World Cup tour on home snow in Wengen, was just 0.20 seconds behind but had to settle for the silver medal.

Experienced home skier Hannes Reichelt finished on the podium in a downhill event for the first time in just under a year thanks to a time of 1:56.56, meaning he took the bronze.

The competitions in Cortina d’Ampezzo and Kitzbühel are due to conclude tomorrow with the women’s super-G and the men’s slalom.