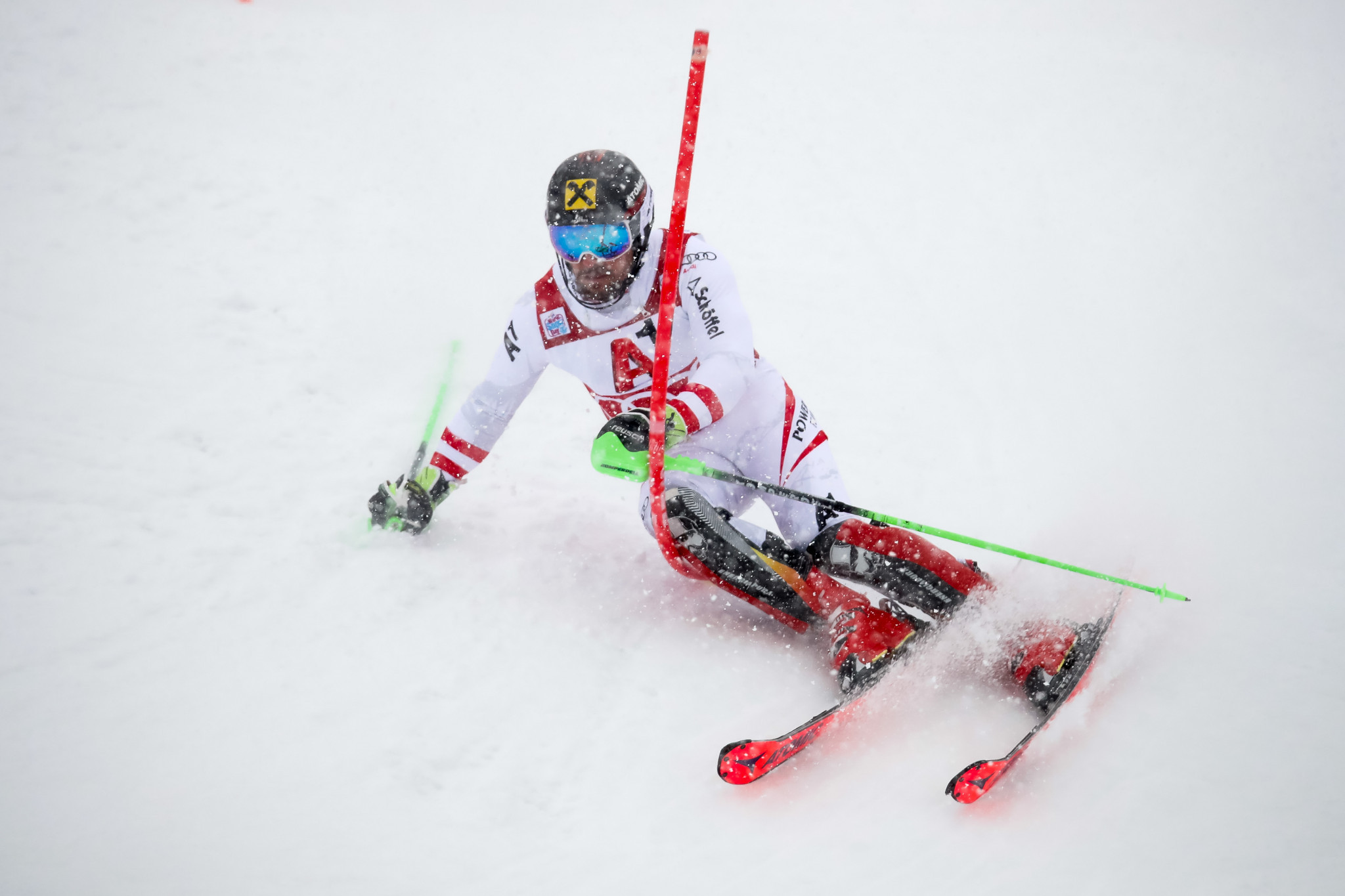 Alpine skiing star Marcel Hirscher will have another chance to match compatriot Hermann Maier's World Cup record on home snow tomorrow when he competes in a night slalom in Schladming.

The Austrian sensation, who is looking for a seventh overall World Cup title in a row, has 53 wins on the circuit in all, one fewer than fellow-great Maier.

Hirscher's first chance to draw level in front of his home fans came yesterday but he had to make do with second place in a slalom in Kitzbühel as Norway's Henrik Kristoffersen took top honours.

It means that Schladming could be where history is made for Hirscher, a six-time world champion and Olympic silver medallist.

Only Sweden's Ingemar Stenmark has more men's World Cup wins than the two Austrians, with 86.

However, Hirscher has attempted to play down potentially drawing level with Maier, a double Olympic gold medallist.

"This is, I believe, is more exciting for the media than for me," he told Kurier.

Hirscher leads this season's World Cup standings with 1,054 points, in front of Kristoffersen who has 900.

The women's World Cup season will also continue tomorrow with giant slalom in Kronplatz in Italy.