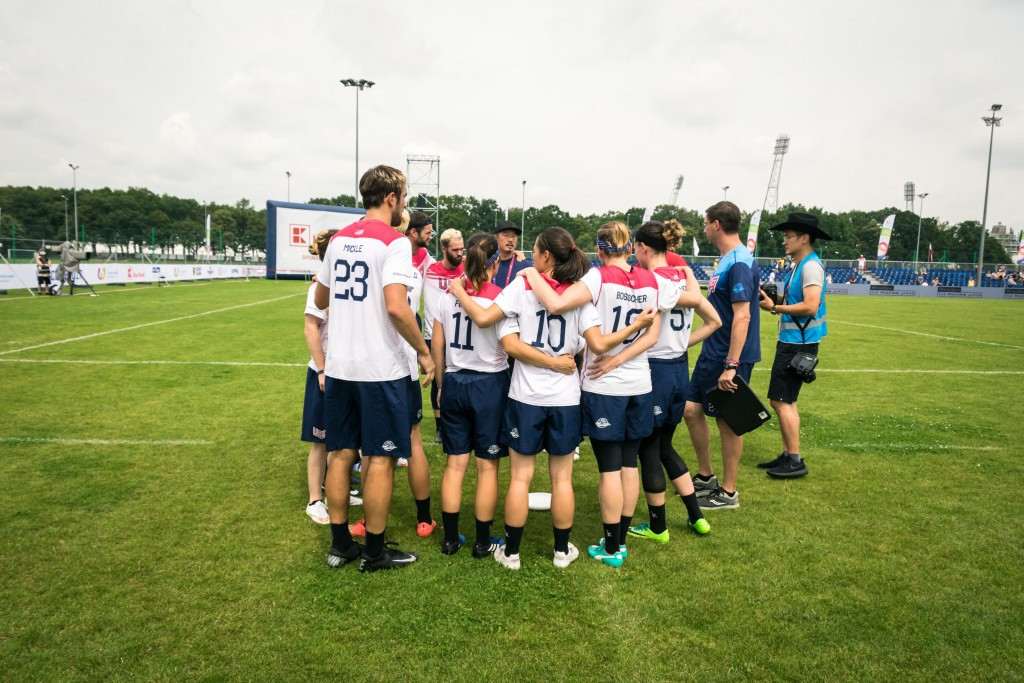 The World Flying Disc Federation (WFDF) have announced that Universe Point will be their official footwear sponsor for two years.

The sponsorship deal means that the company will be granted exclusive sales rights at WFDF sanctioned ultimate events in 2018 and 2019.

WFDF President Robert Rauch said: "We are delighted to welcome Universe Point into our family of official sponsors.

"Their footwear is winning acclaim at every level of our sport and we are committed to helping them grow their business as we grow ultimate and all flying disc sports."

Co-founders of Universe Point, Bérangère Barateig and Ed Sisson, added in a joint statement: "Universe Point is extremely pleased to be officially partnering with WFDF.

"We consider our partnership to be a great opportunity to showcase the quality of our footwear products to a worldwide audience, while driving greater awareness on global initiatives such as gender equity and spirit of the game.

"We are thankful for the amazing support the ultimate community has shown us already.

"We enjoy working with the many players, teams and organisers in several countries already and look forward to deepening these relationships thanks to WFDF's sponsorship."

Universe Point's footwear went on sale to the general public in the autumn.

The United States won the gold medal in flying disc at the 2017 World Games in Wrocław, Poland.