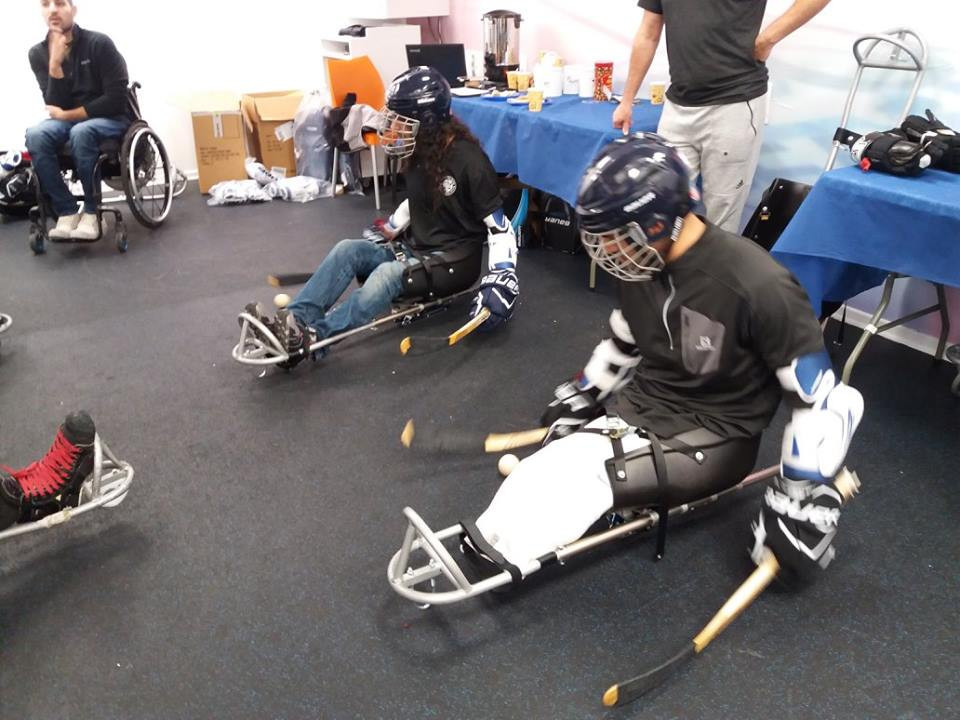 World Para Ice Hockey organised a training camp in Israel to bring the sport to the country for the first time.

Participants were taught the basics of the sport and then put what they learnt into practice on the ice.

"The camp and the start of the Para-hockey project are going hand in hand," said Boris Chait, the President of the Israel Ice Hockey Federation.

"There are a lot of young and middle-age people who were injured during the wars and other events in Israel.

"They're very athletic and the sport will fit them and they'll fit the sport."

German national player Christian Jaster was on hand to help those taking part.

"It was very encouraging and inspiring to see all the participants have fun on the ice while trying a new sport," said Barbora Kohoutova, the interim World Para Ice Hockey manager.

"Para-ice hockey is not an easy sport to pick up.

"You have to learn how to move and balance on the sledges, while controlling a puck with sticks, as well as the rules of the sport.

"But all the participants were eager to try it out and picked it up really quickly.

"It was also very encouraging to have Para-ice hockey experts from the Czech Republic, Germany and Slovakia help out in the sport's development in Israel, where Para-ice hockey is just in its early stages.

"I also want to thank the German Ministry of Foreign Affairs in providing the funds to help us organise the training camp in Israel."