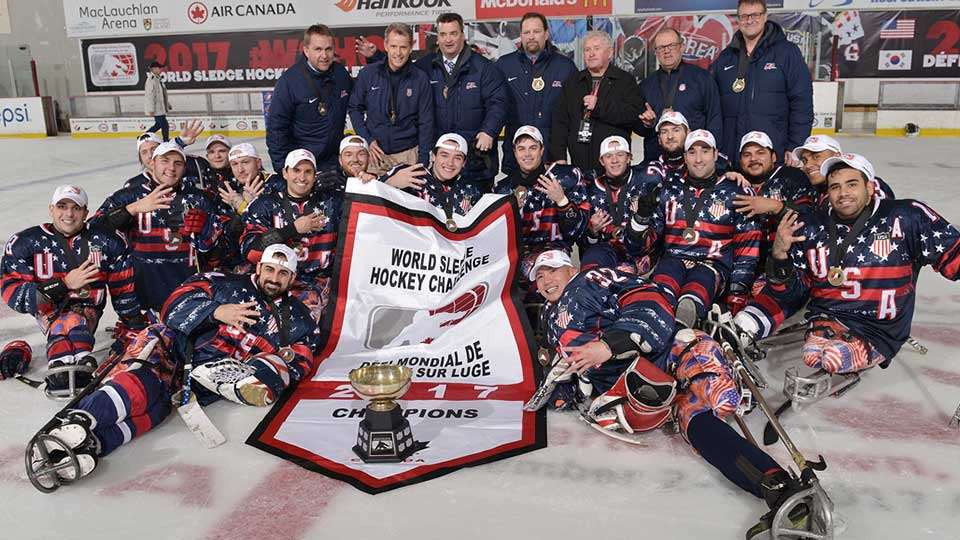 The Americans were favourites heading into the contest, following their round robin victory over their finals earlier in the competition.

They lived up to expectations in the first period of the match at the MacLauchlan Arena, as Josh Misiewicz made the breakthrough with nine minutes played.

He turned provider in the second period when assisting a goal from Brody Roybal, with Josh Pauls making it a quick-fire double for the US moments later.

Trailing 3-0, hosts Canada appeared to be heading for a comprehensive defeat, but a powerplay goal from Tyler McGregor gave them hope heading into the final period.

Liam Hickey, who scored a hat-trick in their semi-final win over South Korea, pulled a second back for the Canadian team as they increased the pressure.

Time eventually ran out for the hosts, with the US holding on to secure their fourth straight title at the event.

The victory also saw the US become the most successful nation at the event with six tournament wins in total, having previously been level with Canada on five.

Jong Kyung Lee opened the scoring for the South Korean team, only for goals from Christopher De Paoli and Sandro Kalegaris to turn the match in Italy’s favour.

A brace from Jung, either side of De Paoli’s second of the match, left the scores locked at 3-3 heading into the final period.

Jung completed his hat-trick to edge South Korea in front, with Byeong Seok Cho then providing breathing space by giving them a two-goal cushion.

The match belonged to Jung, who scored his fourth of the match to wrap-up a 6-3 win for South Korea and ensure his team of bronze.

The result will provide a boost for South Korea prior to their home Paralympics, where they will make their Games debut in a group against the US, Japan and the Czech Republic.

Canada, Sweden, Italy and Norway will compete in the other group.