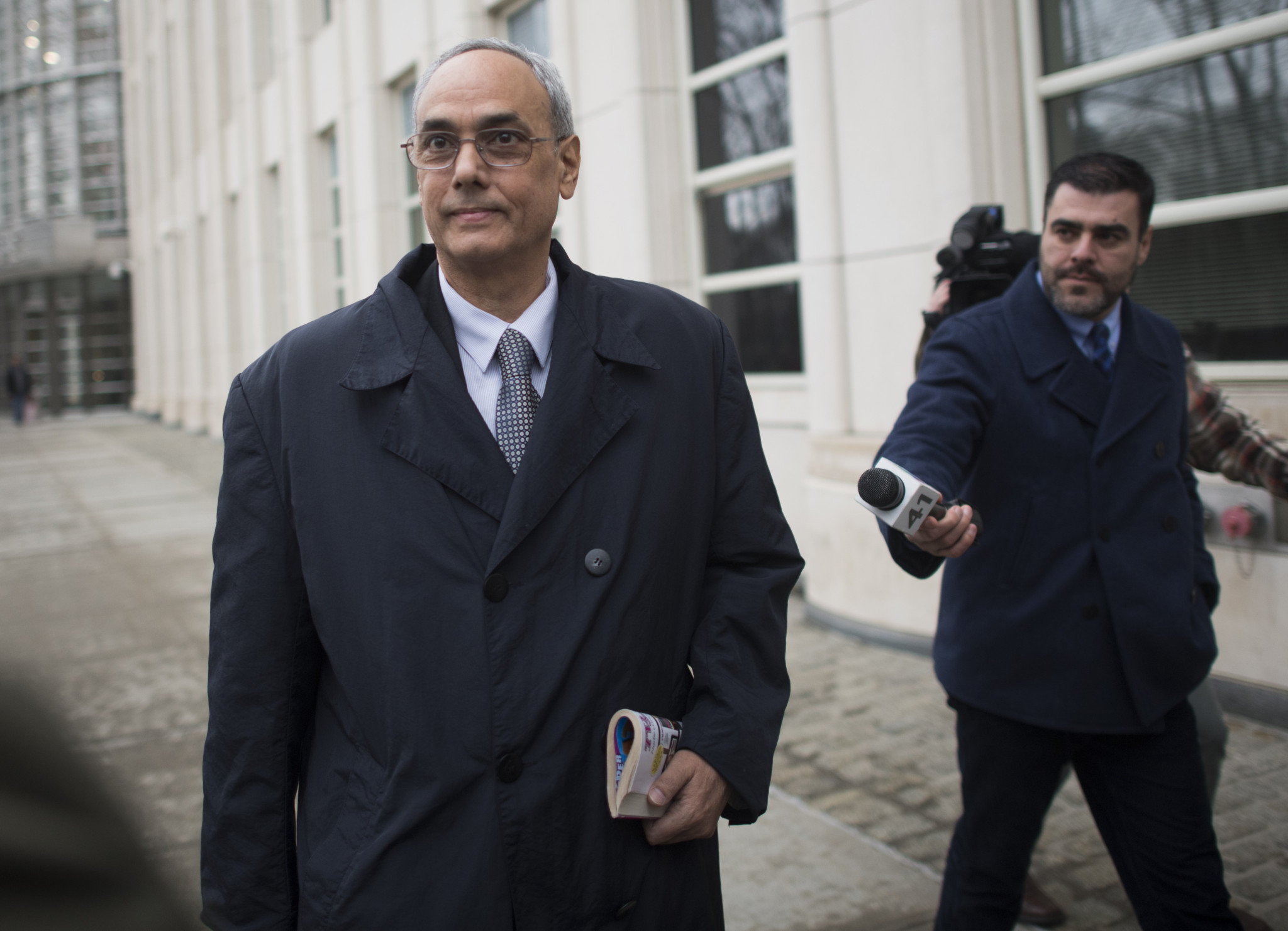 Former Peruvian Football Federation President Manuel Burga has been acquitted of all charges against him as a dramatic trial came to a conclusion in New York City today.

The jury decided Burga, who caused controversy during the early stages of the trial as he was alleged to have made a throat-slitting gesture towards a key Government witness, was not guilty of any of the racketeering conspiracy charges he was facing.

Speaking outside of the court, Burga's lawyer Bruce Udolf claimed acquitting his client was the "right thing to do".

Udolf added that he was expecting a guilty verdict following a question from the jury, which hinted they may be siding with the prosecution.

Burga, Napout and Marin were accused of taking bribes in connection with the sale of marketing and media rights to international matches in the region.

Napout, the former President of the South American Football Confederation (CONMEBOL), and Marin were convicted of racketeering and wire fraud conspiracies.

Napout was convicted on three counts of wire fraud conspiracy and Marin was found guilty on a total of six counts.

They were incarcerated immediately after the verdict was announced.

The Paraguayan and the Brazilian were charged with the top count of which they were accused, namely racketeering conspiracy, and are both now facing considerable jail terms.

Jurors remained undecided on the case involving Burga and judge Pamela Chen had allowed them the Christmas weekend to come to a decision on the 60-year-old.

Government witness Alejandro Burzaco, the former chief executive of sports-marketing company Torneos y Competencias who had agreed to testify for the prosecution when admitting corruption charges, had told the court how he had bribed all three defendants.

Burzaco was the target of the reported cut-throat gesture from Burga, which prompted Chen to tighten his bail conditions.

Lawyers for the trio did not deny the existence of a bribery scheme within South America but denied their clients had any role in it.

The defendants claimed they were falsely accused, alleging the US Government have relied on the testimony of other FIFA officials, who have cooperated with authorities to reduce their own sentences.

Prosecutors in the United States had accused the defendants of participating in schemes involving more than $200 million (£152 million/€173 million) in bribes and kickbacks.

It was thought this spanned several decades.

A total of 28 witnesses testified for the prosecution, including several who have already pleaded guilty to corruption.

Burga, Napout and Marin were arrested in 2015 and were the only officials implicated in the widespread scandal at FIFA to plead not guilty.

FIFA said in a statement in response to last week's guilty verdicts that they would "seek restitution and recover all losses".