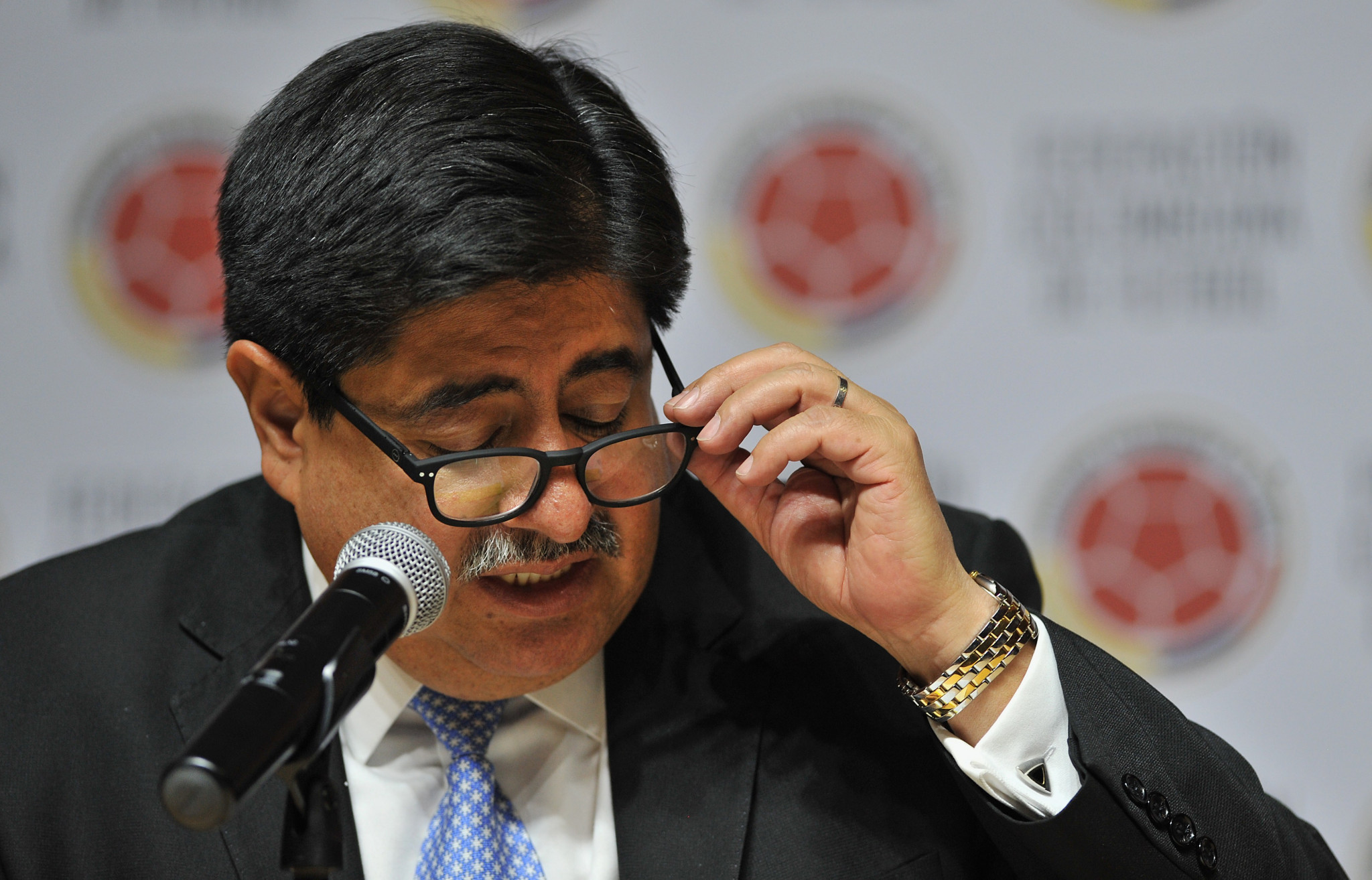 Former Colombian Football Federation President Luis Bedoya has testified he was told $15 million (£11 million/€12.5 million) was set aside to bribe South American members of the FIFA Executive Committee to vote for Qatar in the race for the 2022 World Cup.

Bedoya, a former member of FIFA's ruling Executive Committee told the court in New York City that bribes were discussed between him and two other South American officials at a hotel in Madrid prior to the 2010 Champions League final.

The Colombian official, who has already pleaded guilty to corruption charges and is now acting as a Government witness, claimed he was approached by an "important person from Qatari television" and Argentine businessman Mariano Jinkis.

He claimed the Qatari "wanted to know" if he could count on South America's support for Qatar to host the 2022 tournament.

The unnamed official was "could ask for 10 or 15 million [in bribes]" and could split it between what he called the "group of six" - Napout and five other South American officials who wielded considerable power in the region.

Neither Napout, Bedoya or Chiriboga was part of the FIFA Executive Committee at the time of the controversial vote in 2010, where Russia was named as hosts of the 2018 World Cup and Qatar secured the right to stage the 2022 edition.

Julio Grondona of Argentina, Nicolás Leoz of Paraguay and Ricardo Teixeira of Brazil were the three voting members on the FIFA Executive Committee from South America at the time.

Bedoya made the claims during the trial of Napout, ex-Brazilian Football Confederation head Jose Maria Marin and former Peruvian Football Federation President Manuel Burga as their trial continued at the Brooklyn District Court.

Bedoya's testimony represents another damning revelation for Qatar 2022, who have always denied any wrongdoing.

Earlier on at the trial, Alejandro Burzaco, the former chief executive of sports-marketing company Torneos y Competencias, testified that Grondona was paid at least $1 million (£760,000/€845,000) in bribes to vote for Qatar to host the 2022 World Cup.

He testified that Grondona, Leoz and Teixiera were all bribed to vote for Qatar.

United States prosecutors accuse the defendants of participating in schemes involving more than $200 million (£152 million/€173 million) in bribes and kickbacks, both sought and received by officials for marketing and broadcast rights to tournaments and matches.

The trial is expected to last around six weeks.