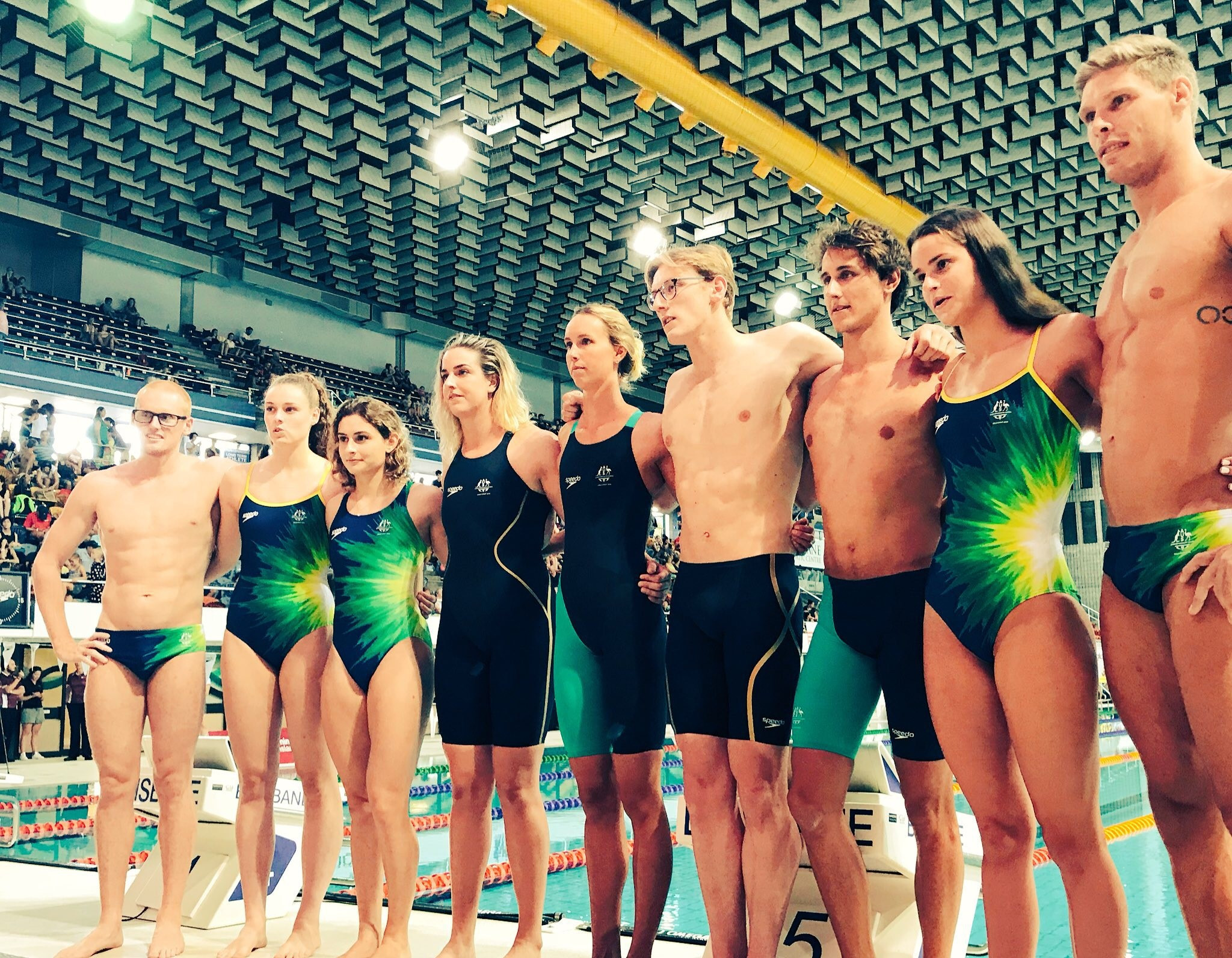 Australia's Speedo swimwear for next year's Commonwealth Games in Gold Coast has been unveiled at the Queensland Swimming Championships in Brisbane.

The swimwear will be worn by Australian swimmers and divers at Gold Coast 2018.

Cameron McEvoy, the double Olympic and Commonwealth Games medallist, was among the athletes who modelled the "fastskin" racing suits at the event at the Brisbane Aquatic Centre.

Divers Maddison Keeney and Domonic Bedggood, along with up and coming swim stars Clyde Lewis and Minna Atherton, also displayed the swimwear.

"Speedo swimwear has been worn to success by so many Australian athletes in the pool at Commonwealth Games.

“We look forward to that success continuing at Gold Coast 2018, with memorable performances from our swimming and diving teams.

“The Speedo team has done a wonderful job creating a uniquely Australian design that our athletes can wear proudly in front of a passionate home crowd."

The swimwear is due to go on sale to the Australian public in February, two months prior to the Commonwealth Games, which run from April 4 to 15.

"The solar burst design is perfect for a games in Queensland the Sunshine state," said McKeon.

"I really like that the training suit design is also part of a replica range so that all swimmers can wear the same as their favourite Aussie athlete just like they can with their favorite team sports."