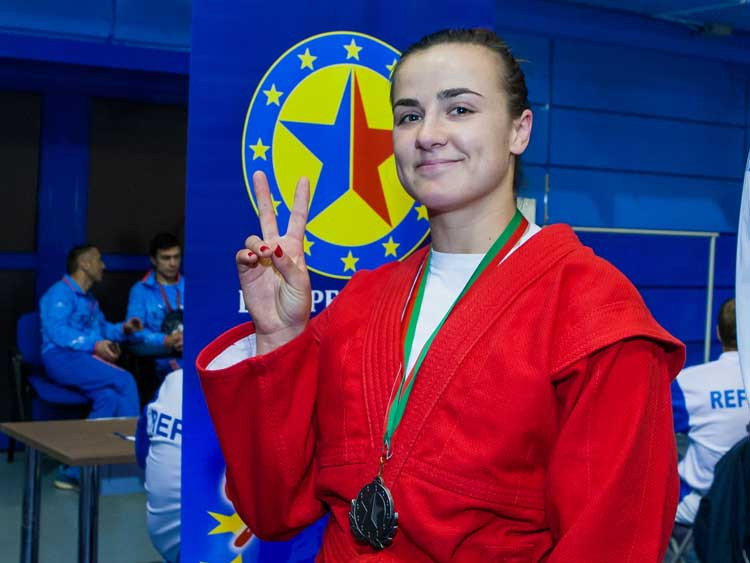 Croatian capital Zagreb hosted a women in sambo seminar as part of a bid to attract more female athletes to the sport.

The event was held as part of "Sambo Day" at the Faculty of Kinesiology, which also included an international tournament.

Maja Blagojevic, a former world junior champion, organised the women's seminar and helped to motivate those in attendance about competing both domestically and internationally.

"Sambo Federation of Croatia is getting bigger every year, now we have more clubs, more competitors," said Blagojevic.

"Now in Zagreb we have three good clubs.

"This is amazing considering that our federation is quite young.

"When I saw the World Championships in Sochi, and when I've talked with International Sambo Federation member Ivana Jandric from the Women in Sport Commission, I came up with the idea to organise this seminar for women.

"It's mainly because I think the girls in Croatia are not so well informed of this sport."

Blagojevic won 64 kilograms silver at this year's European Championships in Minsk but could not compete in Sochi due to injury.

"I would like to have more girls competing in the Croatian sambo team, but more important, I would like to get more women involved in work in sambo clubs and in the Federation," she said.

"What I did this weekend, is very important for me.

"I've tried to get them to see how exciting sambo could be.

"I've talked about it growing, and the importance of female voices in our Federation.

"We had a really good time.

"I will try to do this more often."