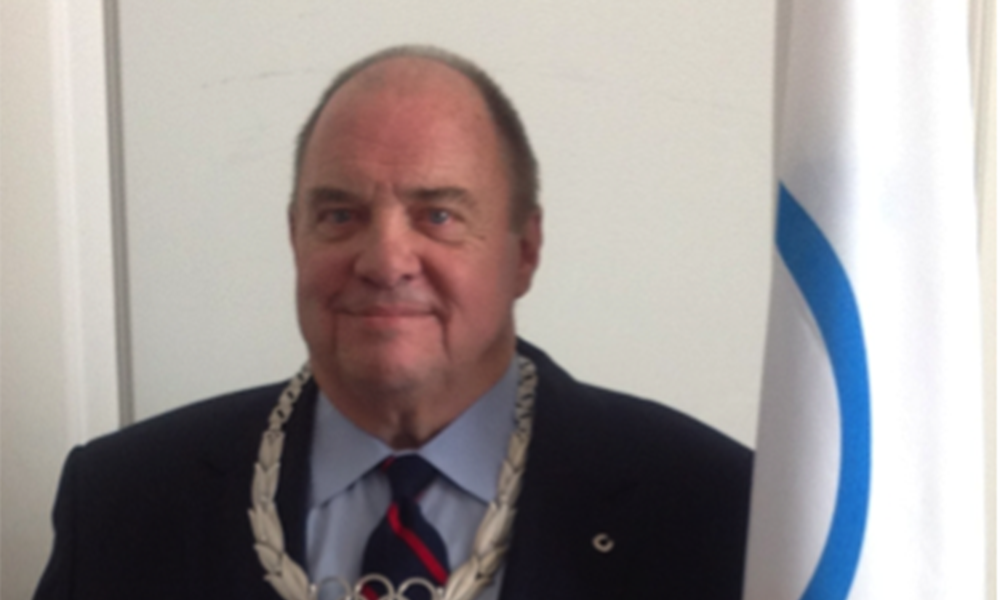 A group of international winter sporting athletes and officials have spoken up in support of Russian participation at Pyeongchang 2018 after another raft of Disciplinary Commission hearings against individuals accused of doping.

The latest group to be the subject of hearings with the International Olympic Committee (IOC) panel, chaired by Switzerland's Executive Board member Denis Oswald, include four Sochi 2014 medallists in bobsledders Dmitry Trunenkov and Alexei Negodailo and biathletes Yana Romanova and Olga Vilukhina.

Trunenkov and Negodailo each won gold as part of the four-man crew at their home Games while Vilukhina won two biathlon silver medals and Romanova one.

Sergei Chudinov, the fifth place finisher in the men's skeleton, completed the group - all of whom did not attend the hearings in person.

No verdicts have yet been announced.

It has also been reported in Russia that retired two-time Olympic biathlon champion Olga Zaitseva is now under investigation after IOC analysis conducted in conjunction with a Lausanne Laboratory found scratches indicating tampering on her urine samples.

Zaitseva joined Vilukhina and Romanova in winning a 4x6 kilometres relay silver medal in Sochi to follow first place finishes in the same event at Turin 2006 and Vancouver 2010.

The 39-year-old was not one of the athletes initially suspended or identified by ex-Moscow Laboratory head turned whistleblower Grigory Rodchenkov, but is also thought to have submitted samples with abnormally high levels of salt.

She is now expected to be the subject of an IOC hearing later this month.

"I do not know anything about the scratches that the press is currently writing about, or about the content of samples taken at the Sochi Olympics," Zaitseva told R-Sport.

"I only know that an investigation has been launched against these samples."

She later accused the IOC of "dishonesty" in a separate interview with Rossiya 1 and urged them to be "fair" and also re-analyse samples of athletes from all other countries.

Six Russian cross-country skiers have already been stripped of medals by the IOC as athletes who had their urine samples illegally tampered with to mask doping during the Games.

This includes Alexander Legkov and Maxim Vylegzhanin, the respective gold and silver medal winners in the men's 50 kilometres mass start race who were awarded medals during the Closing Ceremony at Sochi 2014.

They have already announced their intentions to appeal to the Court of Arbitration for Sport and, if that proves unsuccessful, the Swiss Civil Courts.

This comes before the start of a key week of World Anti-Doping Agency (WADA) meetings in Seoul tomorrow at which the Russian Anti-Doping Agency (RUSADA) is considered likely to be given an extended suspension due to its failure to meet compliance criteria.

WADA revealed on Friday (November 10) that they had obtained and studied a key database confirming allegations about doping in Russia.

Russia's internal anti-doping Investigative Committee initially claimed that nobody else had gained access to this database, but have now requested that WADA jointly investigate the new information with them.

"In this connection, the Russian Investigative Committee expresses its readiness to cooperate with the WADA in order to investigate into the possible violations of anti-doping rules and probe into information that the database contains," the Committee's spokesperson Svetlana Petrenko told the TASS news agency.

The IOC's decision on Russian participation at Pyeongchang 2018 will not be directly affected by RUSADA compliance, but will supposedly depend on the outcomes of their ongoing Schmid and Oswald Commissions.

A verdict is expect during an Executive Board meeting scheduled for December 5 to 7.

"Now many innocent athletes, who have worked a lifetime to earn Olympic status, are in limbo because of the interminable squabble over past doping transgressions," the Canadian said.

"Those athletes wait while sport politicians and technocrats decide whether or not they can compete at Pyeongchang.

"I have never met an Olympic competitor who wants to win through technical disqualification of clean competitors.

"Banning clean athletes from future Games or from competing under their country's flag serves no sporting or Olympic purpose."

Dutch speed skater Koen Verweij, an Olympic champion at Sochi 2014, added: "I lived and trained with international Russian speed skaters throughout this summer.

"They were open and I had no suspicion about their activities.

"In my experience Russians are a proud group from a proud nation, [so] it would be very hard for them to compete under a neutral flag.

"Perhaps the IOC could find another way of punishing Russia for the crimes of the past."

Sweden's four-time Olympic champion cross-country skier Thomas Wassberg also claimed that all those who are not "clean" have already been punished.

"I have one explanation of the situation - Russian athletes are criticised more than others," he told Aftonbladet.

"I do not know, maybe it's justified, but I believe that most Russians are 'clean', and those who are not 'clean' have already been disqualified.

"Nevertheless, the whole situation raises so many questions.

"You do not know what to believe anymore."