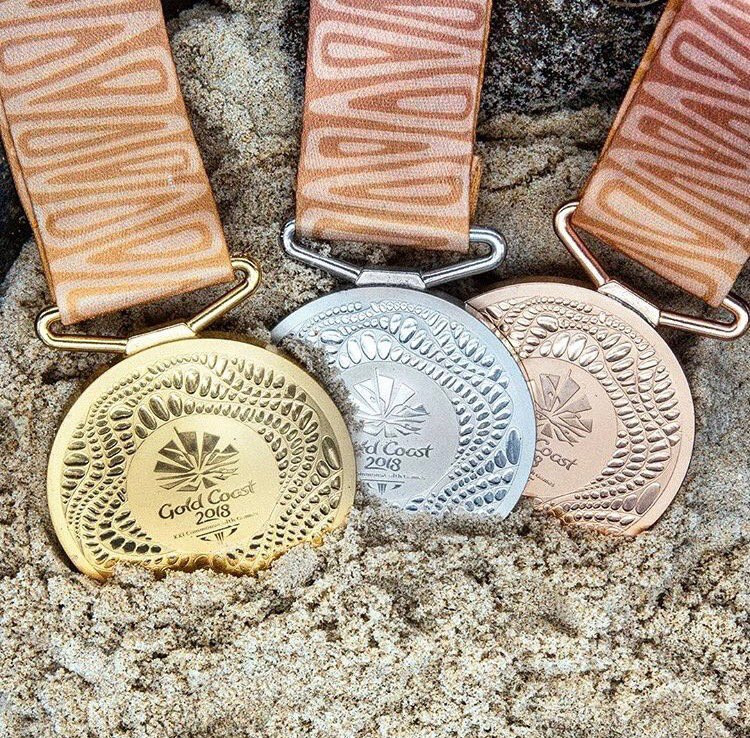 Gold Coast 2018 unveiled the medals for next year’s Commonwealth Games at their charity gala event today.

The event at The Star Gold Coast, one of the sponsors of the Games, was hailed as a major milestone by the organisers.

“Medals are symbolic of each Commonwealth Games and are the ultimate goal that athletes are aspiring to win,” said Peter Beattie, Gold Coast 2018 chairman.

“The reveal of these striking gold, silver and bronze medals for the Gold Coast 2018 Commonwealth Games is a special and significant moment for the athletes as they can now visualise what they are training and competing for.”

The medals were designed by Queensland-based Indigenous artist Delvene Cockatoo-Collins and were produced by the Royal Australian Mint.

The Royal Australian Mint, an official supporter of the Games, have minted each medal at their largest coin press and inspected each by hand.

It is claimed the process will ensure the medals, which are 63 millimetres in diameter, will be of the finest quality.

Around 1,500 are being created for the Games, with winners also set to receive placegetters.

“My inspiration was drawn from the Gold Coast coastline, which for many generations, has been a place for gathering, meeting and sport,” said Cockatoo-Collins.

“The medal design represents soft sand lines which shift with every tide and wave, also symbolic of athletic achievement.

“The continual change of tide represents the evolution in athletes who are making their mark.

“Records are made and special moments of elation are celebrated.

“Although the moment in time may be fleeting, it is forever marked within the shells that are brought upon its tidelines.

“The ribbon represents the woven strand of the freshwater reed, yungair, which is three reeds woven to form a pattern resembling many triangles joined together.

“This is reminiscent of the South East Queensland and Gold Coast areas.”

Gold Coast 2018 ambassador and two-time Commonwealth Games hurdles gold medallist Sally Pearson was the first athlete to hold the medals, after taking part in an on-stage presentation with Cockatoo-Collins.

The London 2012 women’s 100m hurdles champion was among 700 guests at the charity gala, including Gold Coast 2018 ambassadors Anna Meares and Cameron McEvoy, as well as swimmers Sam Riley and Tracey Wickham.

Guests listened to Australian X Factor winner Dami Im, who was the headline performer at the event.

The Queensland singer, who also represented Australia at the 2016 Eurovision Song Contest, was one of a number of acts during the evening.

The Gala raised money for the Gold Coast Community Fund, an umbrella organisation which distributes money to charities, community organisations and people in need of emergency support.

The Fund was announced as the official charity of next year’s Commonwealth Games in August.

An auction was key to raising money, with one of the lead items being an official fleet vehicle, a Mitsubishi Pajero Sport GLS.

It was donated by Thrifty, the Official Car Rental provider of the Games.