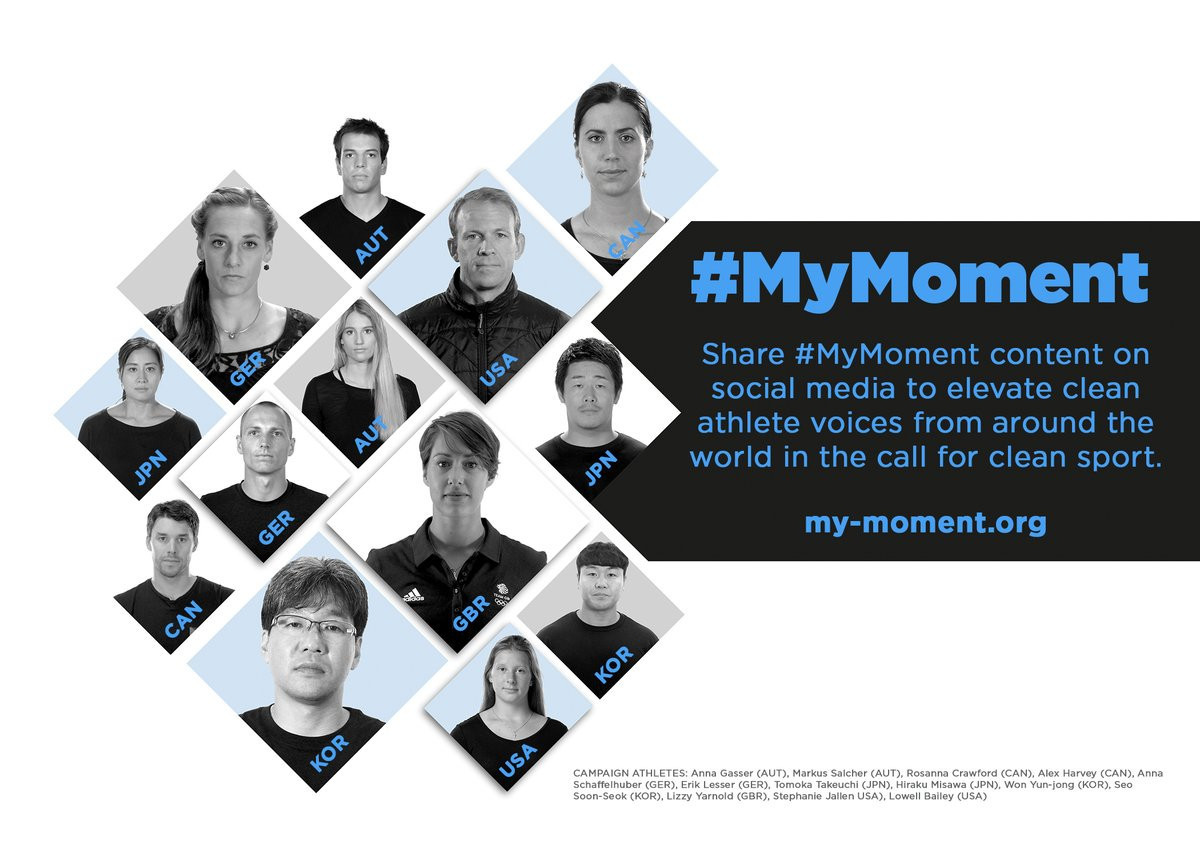 Leading Olympians and Paralympians preparing for Pyeongchang 2018 have launched a #MyMoment campaign to bring attention to the "irreplaceable moments clean athletes have lost to doping".

The campaign has been launched to coincide with 100-days-to-go until the Opening Ceremony of the next Winter Olympic Games on February 9.

Investigations are continuing into alleged evidence of doping and samples tampering by Russian athletes at Sochi 2014.

Athletes from Austria, Canada, Germany, Great Britain,  Japan, South Korea and the United States are supporting the global social media campaign through videos that capture why clean sport matters to them.

Britain's Sochi 2014 skeleton champion, Lizzy Yarnold, is among those to sign-up along with big air snowboarding world champion, Anna Gasser of Austria.

"While explaining how doping impacts individual moments, the athletes’ testimonials also illustrate how clean sport matters to families, fans, and the future of sport as a whole," the athletes said in a joint statement.

Videos of these athletes and related content about irreplaceable moments in sport will be distributed by national anti-doping agencies worldwide across major social media platforms using the #MyMoment hashtag.

It is hoped this will encourage all clean athletes and their supporters to demand a level playing field in Pyeongchang and beyond.

There was no specific mention made of the Russian cases but Yarnold is among those to have previously advocated a strong punishment.

She threatened to boycott last season's International Bobsleigh and Skeleton Federation World Championships if they were not removed from Sochi.

This played a key role in the eventual decision to shift the event to Königssee in Germany.

“The #MyMoment campaign is about empowering Olympians, Paralympians and all athletes to make their voices heard so that their demands for a level playing field cannot be denied," said UKAD chief executive Nicole Sapstead.

"Through the campaign, athletes’ voices will be heard around the world and at every level of sport."