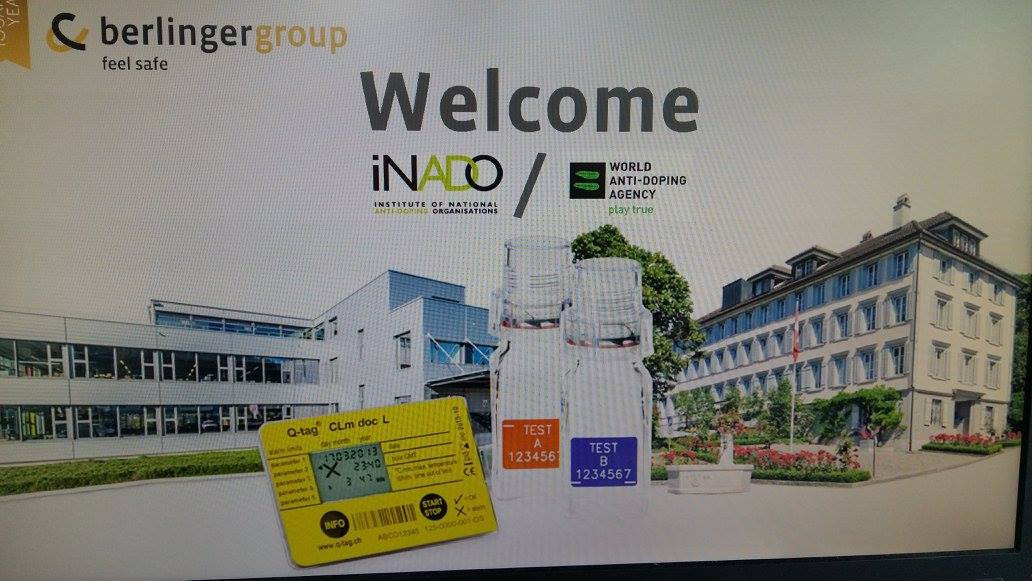 The rehabilitation of the Russian Anti-Doping Agency (RUSADA) is among the current policy issues set to be discussed at the Institute of National Anti-Doping Organisations (iNADO) Athlete and Leader Symposium, which is scheduled to take place in Ganterschwil in Switzerland next week.

The iNADO Board of Directors has invited more than 85 elite athletes, NADO leaders and anti-doping experts to the two-day event entitled "Making Anti-Doping Better".

Taking place on Monday (October 30) and Tuesday (October 31), it will be hosted by Berlinger Group Switzerland at the factory where it makes its world-leading doping control equipment.

The programme features a wide-range of topics such as the prevalence of doping, its impact on individual athletes, the role of former dopers in anti-doping and technological innovation.

Others include protection of athlete privacy, a Charter of Athlete Rights, changes for the next version of the World Anti-Doping Code, and current policy issues in anti-doping.

One of those current policy issues is the rehabilitation of RUSADA, which has been non-compliant since the publication of the World Anti-Doping Agency’s (WADA) Independent Commission report into alleged state-sponsored doping in athletics in November 2015.

"All NADOs (and their athletes) have an interest in a credible and effective RUSADA," an iNADO statement reads.

"The iNADO Board believes that the best and quickest way of achieving that is to engage with RUSADA, not exclude it.

"RUSADA, which is a paid-up iNADO member, will participate in the Symposium.

"Assistance for the re-building of RUSADA is being provided by leading iNADO members, especially UK Anti-Doping and the Lithuanian ADA (Anti-Doping Agency), and also the Finnish Center for Integrity in Sports, NADA (National Anti Doping Agency) Germany and the Polish Anti-Doping Agency, and of course by WADA."

Earlier this week, RUSADA director general Yury Ganus claimed the body has "fulfilled all the necessary criteria" to regain compliance with WADA.

A report on RUSADA's progress was among the main items on the agenda during a key meeting of WADA's independent Compliance Review Committee in Montreal on Tuesday (October 24) and yesterday.

The Compliance Review Committee is set to put a recommendation forward on whether RUSADA should be declared compliant at the WADA Foundation Board meeting due to take place in Seoul on November 16.

Ganus insists RUSADA has done enough to be reinstated.

He claims they have met the conditions set out by WADA in their roadmap to re-compliance, published in August.

Russia, however, continues to refuse to accept the findings of the McLaren Report, which produced evidence of an institutionalised doping scheme present at several major events, including the 2014 Winter Olympics in Sochi.

Public acceptance of the evidence in the report is the first requirement of the 12 which has still not been fulfilled under the roadmap.

Sports Minister Pavel Kolobkov has claimed, however, that they have "provided a detailed explanation" to WADA and the International Olympic Committee (IOC).

This does not amount to an acceptance, though, meaning the regulation in WADA's roadmap would still not have been met.

The Russian body has since appointed an ethics officer, a foreign lawyer whose name will be made public once the contracts have been signed.

This was another step towards re-compliance for RUSADA, one of the main barriers to be overcome to ensure Russia is allowed to compete at the Pyeongchang 2018 Winter Olympic Games.

A number of National Anti-Doping Organisations have called for Russia to be banned from the Games, which run from February 9 to 25.

"WADA’s reporting of RUSADA’s technical compliance with the 'roadmap' is encouraging, including RUSADA's restructuring, re-staffing and re-financing as an independent agency," the iNADO statement adds.

"There remains of course important outstanding WADA 'roadmap' issues, particularly for action by the Russian Government.

"And Russian participation in the upcoming Pyeongchang Olympics and Paralympics is a live issue.

"In these circumstances, the iNADO Board believes it is important the NADO chief executives and elite athletes from around the world have the chance to meet the new RUSADA director general, Yury Ganus, to talk to him, to express concerns about doping and anti-doping in Russia to him directly, and to take a personal measure of him as a leader and as an individual.

"Our Athlete and Leader Symposium is an early opportunity for that interaction."

The dozens of athletes attending the Symposium include many national and world champions, and Olympic and Paralympic medallists, from a wide range of able-bodied and Para-sports.

The Athletes' Commissions of WADA, the IOC and the International Paralympic Committee have been invited.

The leaders of more than 35 NADOs will be present.

iNADO will use mobile survey technology to seek the views of participants real-time as the Symposium progresses.

The responses to the survey questions will form the outcomes of the Symposium.