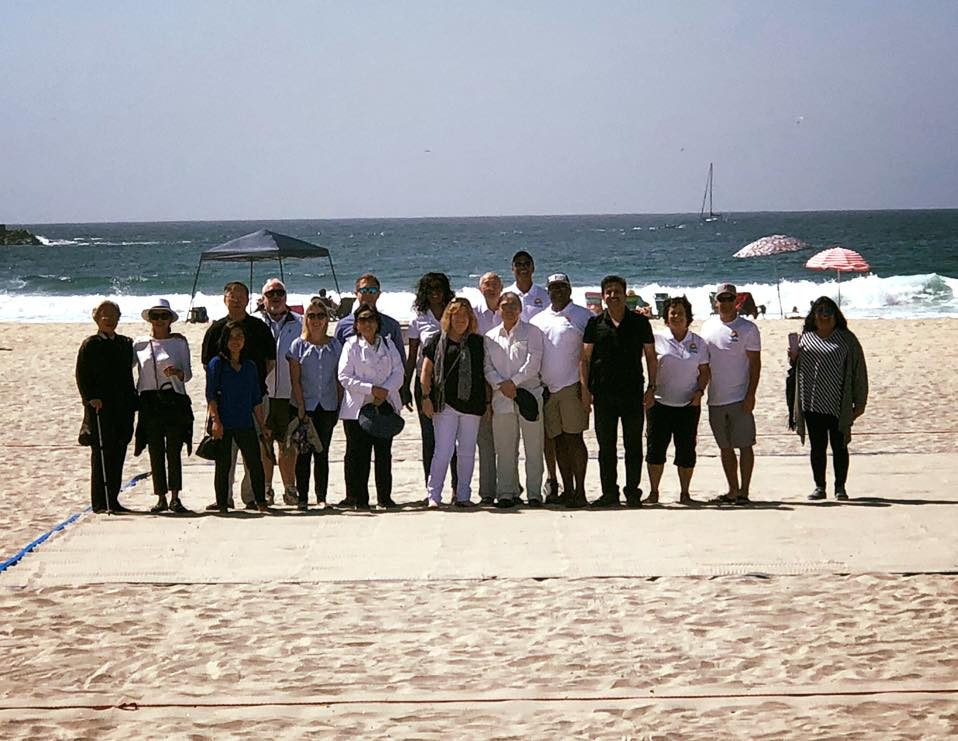 Representatives from the ANOC Events Working Group gave the "green light" to the SDEF to move to the "next phase" of preparations after two days of successful coordination in the Californian city.

It came just under two years before the planned Opening Ceremony on October 10, 2019.

Meetings addressed "every aspect" of planning, including the yet-to-be-confirmed sports programme as well as venues, athlete experience, technology, cultural celebrations, transport and communications.

This included a visit to the main venue cluster on Mission Beach.

"The Local Organising Committee has made great progress in creating interest in the marketplace," said ANOC secretary general Gunilla Lindberg.

"We believe their plans are robust and promise an outstanding ANOC World Beach Games experience for the NOCs of the world and their athletes.

"We look forward to working as a team to ensure the success of the inaugural ANOC World Beach Games San Diego 2019."

San Diego was chosen unopposed as host of the inaugural Games at the 2015 ANOC General Assembly in Washington D.C.

One challenge was securing financing and marketing of the Games after ANOC initially attempted to do this themselves.

They then published a Request for Proposal from agencies interested in acquiring the commercial rights in December 2015.

It seems they have now decided that allowing the SDEF to do this themselves will ensure more success.

"As exclusive marketing rights holders for the inaugural ANOC World Beach Games, SDEF has been able to get into the marketplace and gauge interest," added Board chairman Vincent E. Mudd.

"We are pleased to say that prospective sponsors understand our vision and the power this event has to connect with the Millennial and Generation Z demographic.

"We believe in clean water and clean Games.

It is hoped that all 206 global NOCs will compete in the Beach Games.

Up to 2,500 athletes are also expected to participate.

The sports programme is expected to be finalised at the ANOC General Assembly in Prague on November 3.

It should consist of 15 sports and 17 disciplines.

A new World Beach Games website has also been set-up, accessible here, with more information about the event.