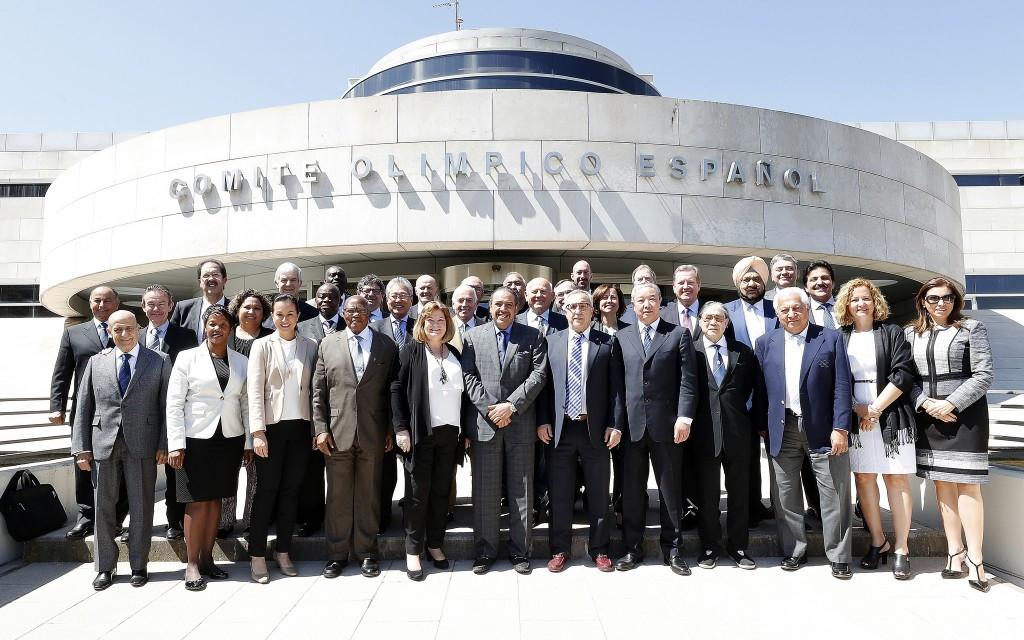 The Games were discussed by the ANOC Executive Council which met for the first time this year today in the Spanish capital Madrid.

"ANOC has held positive discussions with all the IFs whose sports are set to be included in the event and all have shown great enthusiasm in taking part," a statement read.

San Diego's hosting of the inaugural World Beach Games was pushed back two years from 2017 to 2019.

This decision was taken in order to allow National Olympic Committees (NOCs) and IFs "optimum time to prepare their athletes" for the event.

The Californian city was unanimously chosen as host at the 2015 ANOC General Assembly in Washington D.C.

The 2019 ANOC General Assembly will also be held in San Diego, something which has placed "additional hosting requirements" on the city.

It is hoped that all 206 global NOCs will compete at the World Beach Games.

Up to 2,500 athletes are expected to participate.

Representatives from commercial and creative advisors, ESP Properties, part of the WPP Group, gave a short presentation in Madrid on a study they have conducted into the potential marketing and broadcasting revenue the Games could generate.

Legal Commission chair Michael Chambers also explained that an anti-match-fixing code and anti-doping code for the World Beach Games will be developed.

The meeting was opened by ANOC President Sheikh Ahmad Al-Fahad Al-Sabah while the organisation's secretary general Gunilla Lindberg provided an update on the latest work of the organisation.

This included the results of the NOC debrief for Rio 2016 and the creation of working groups with the International Olympic Committee to study accreditation, transportation, ticketing systems and collaboration with IFs for future Olympic Games.

"As we enter into a new Olympiad it is a good opportunity to reassess our objectives for the years ahead," Sheikh Ahmad said.

"NOCs make a vital contribution to the development of the Olympic Movement and at ANOC it is our job to ensure that they are properly represented and that we provide them with the best level of support.

"Our Executive Council meeting today was focused on how best to do that.

"The meeting was highly productive and allowed us to hear updates on our latest progress and initiatives.

"We are committed to ensuring that NOCs work closely with all Olympic stakeholders to guarantee a brighter future for the Olympic Movement."

The next Commission meeting will take place on April 27.