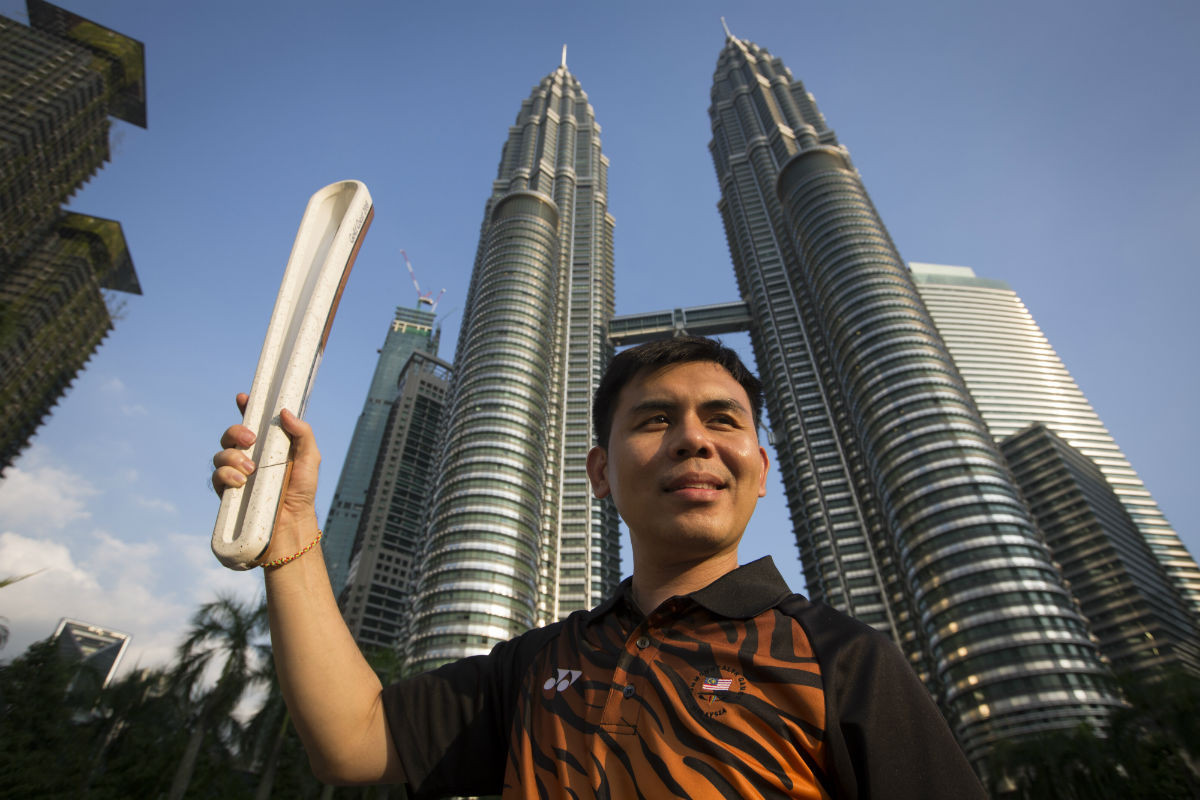 Malaysia and Brunei have become the latest nations to welcome the Gold Coast 2018 Queen's Baton Relay as its tour of Asia draws towards a conclusion.

The Baton headed to Malaysia after a four-day spell in Sri Lanka, where it was taken to Fort Galle, a UNESCO World Heritage Site.

A series of public events were held in the nation from October 12 and 16, while the Baton was transported by a colonial-era train to take it to rural communities near Ambalangoda and Hikkaduwa stations.

Malaysia received the Baton on October 17, with a traditional running relay beginning their celebrations around the National Stadium in Bukit Jalil.

The Relay offered an opportunity to highlight the renovations made to the Stadium built for the 1998 Commonwealth Games.

Gold Coast 2018 mascot Borobi was among those present.

The Raja Musa Forest Reserve, which forms part of the Queen’s Commonwealth Canopy project aiming to conserve indigenous forests, was also visited by the Baton which left Buckingham Palace in London on March 13  - Commonwealth Day.

Brunei, the penultimate Asian nation on the Queen’s Baton Relay, hosted festivities from October 21 to 25.

The Baton first visited the capital city Bandar Seri Begawan, where it featured as part of the Sultan’s 50th jubilee celebrations.

Competitors athletics, cycling and netball were among those to take the Baton through the city, where it was then taken to the Brunei River and Kampong water villages.

It was taken to the water villages on a powerboat and then kayaks, while Brunei also sought to show their new Eco Corridor, an embankment along the river.

The Baton concluded its stay at an arts and handicraft centre and local schools.

Singapore has now welcomed the Baton, where it will stay until next Tuesday (October 31).

It will then head to Nauru to begin its Oceanian leg of the relay, before eventually arriving in Australia on Christmas Eve to begin a 100-day tour across the nation, concluding at the Games' Opening Ceremony.

The Baton contains a message from Her Majesty, Queen Elizabeth II, that calls on the Commonwealth's athletes to come together in a peaceful and friendly competition.

The message will be taken from the Baton and read at the Opening Ceremony of Gold Coast 2018 on April 4.

Prince Charles will officially open the Games in place of the Queen.